It's not every day you get to see a house rolling down the road, but some Northern California residents were treated to such a sight this weekend.

On Sunday, a 139-year-old Victorian house was placed on trailers and squeezed through San Fransico's streets to its new address six blocks away, according to the Associated Press. The home is owned by broker Tim Brown, who paid around $400,000 in fees to relocate the two-story, six-bedroom structure.

The relocation effort is part of Brown's plan to restore the home along with another Victorian-styled building (a mortuary) at the Filmore District location, according to Hoodline.

He also plans to build an eight-story, 48-unit rental property at the home's old location, which is now empty. Joy told the San Francisco Chronicle that moving old homes is a worthwhile effort for more reasons than one.

"Look at it," he said. "It's historic. Original lumber. You cannot get lumber like that anymore. Tight grain from 800-year-old trees. No knots. It's a beautiful thing. Move a house, save a tree." Phil Joy, who lead the operation, told the AP that he had to secure permits from more than a dozen city agencies to move forward with the plan.

To make sure it went as smoothly as possible, parking meters and traffic signs were moved, and trees along the route were trimmed.

But the hardest part of the journey came at its start since the massive building had to go downhill, Joy told the outlet.

"That's always difficult for a house," he said. The event drew hundreds of onlookers who lined the sidewalks to catch a glimpse of the home as it made its way from the neighborhood of Western Addition to the Fillmore District, SFist noted.

"I'm obsessed with old houses and I'd always seen this house walking by. I wondered how long it would stay here," Victoria Nady, an interior designer, told the San Francisco Chronicle of watching the move. "Now I know."

Added another resident: "It's the most excitement I've had in 10 years. …What else do you do in these pandemic times?" 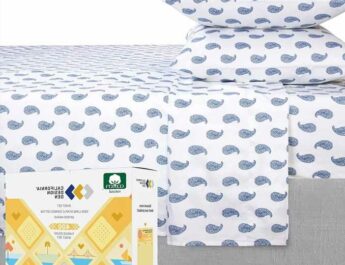 These 'Crisp and Cool' Amazon Reviewer-Loved Sheets with 30,000 Five-Star Ratings Are on Sale for 48 Hours 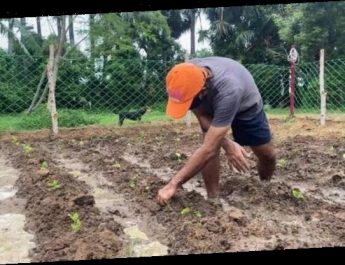 Laying the foundation of good gardening