Home » Homes and Gardens » A $180,000 tiny home outfitted with a full chef’s kitchen and a walk-in closet is being called ‘the new family house’ — see inside the Escher 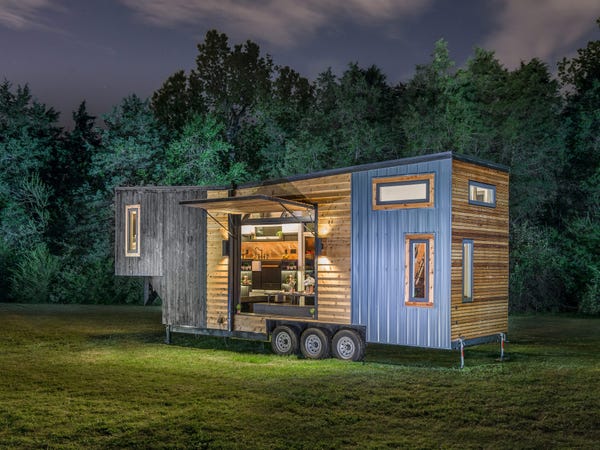 Tiny homes are typically known as a cheaper and back-to-basics alternative when compared to a traditional home. But one designer is challenging that notion.

David Latimer of New Frontier Design is creating tiny homes that are more luxurious and more expensive than most you'd find on the market today. His most recent model, the Escher, starts at $180,000 and is designed to fit a family of six full time. Latimer calls this "the future family home."

Take a look inside the Escher and see how families may live in the future.

In 2016, David Latimer of New Frontier Design began designing a tiny house for a couple expecting their first child. 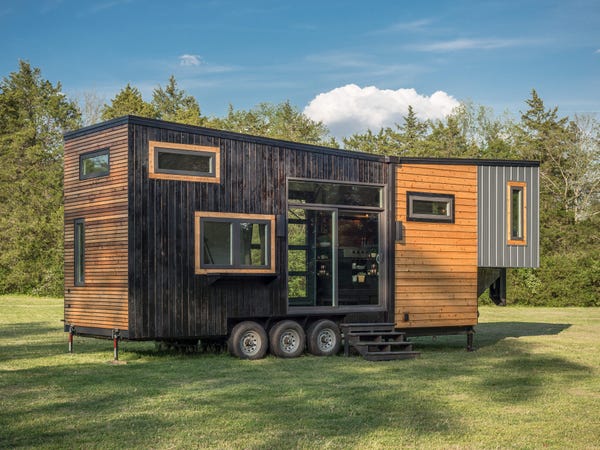 Latimer and the couple designed a new kind of tiny house that fit modern amenities into a small space. He used his design principle of "downsize and upgrade" to create the Escher tiny house.

The exterior is covered in cedar wood, and there are large windows on every side of the home. 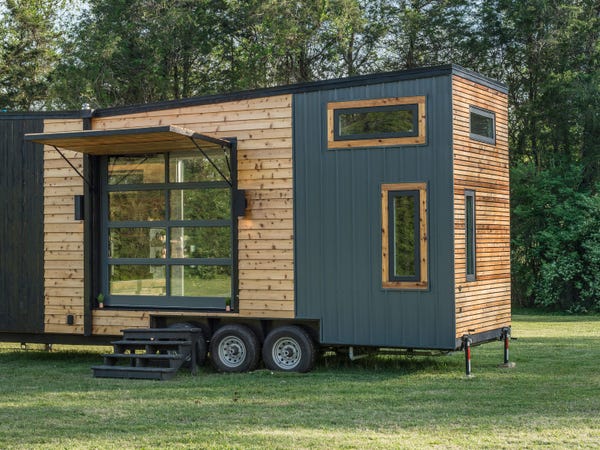 There's a garage door that allows the outside to blend with the indoor space.

Inside, the Escher measures 375 square feet. 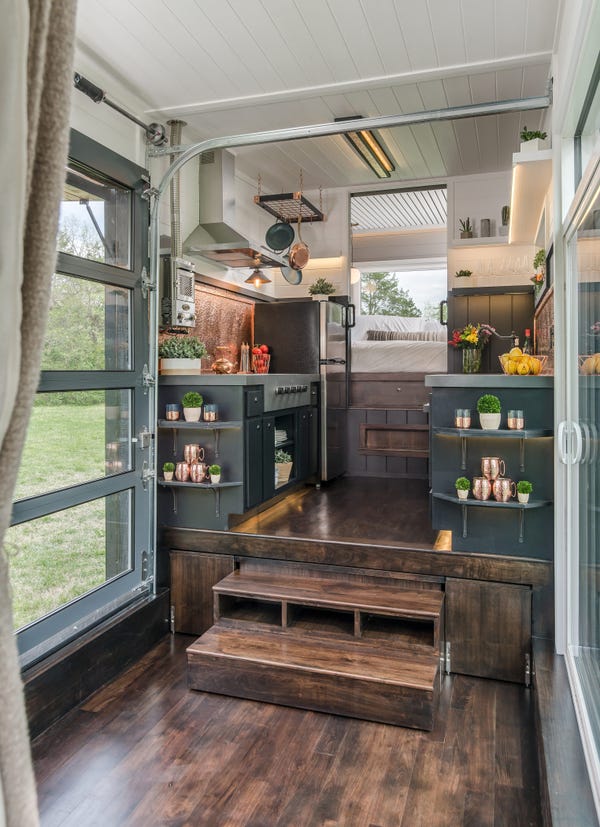 "Moving into a tiny house full time is a tremendous adjustment no matter how minimalist you are," Latimer said. "It requires a lot to be paired down. It requires intentionality."

The Escher tiny house is designed with intention, he said.

The main living space sits between the garage door and a large window. 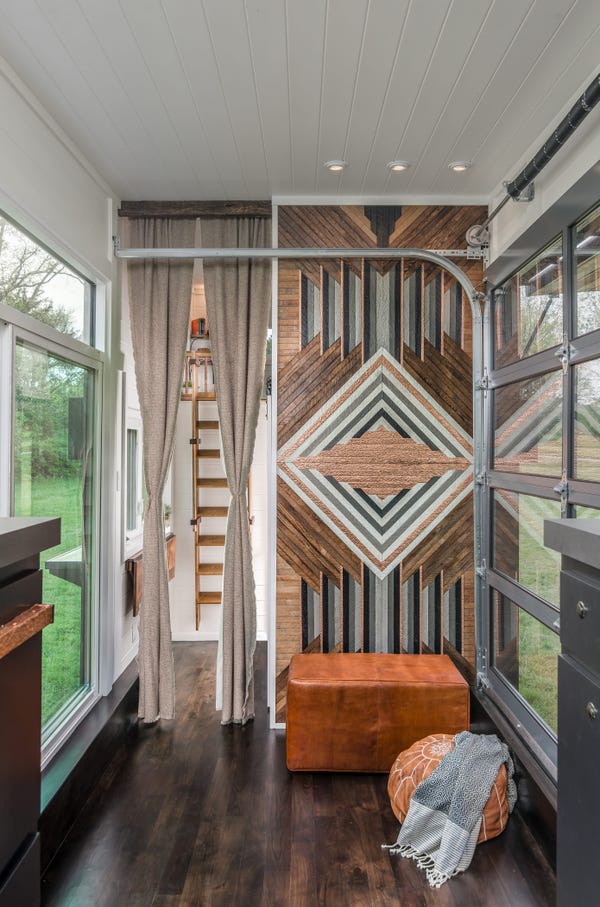 Latimer said he and the couple who designed the original house went with a modern interior design.

The living space can also be converted into a dining room using benches that hide under the kitchen floor. 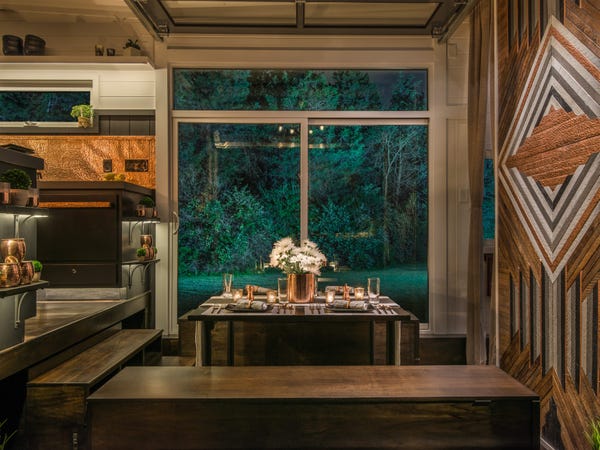 Once converted, it can seat up to 12 people for a large dinner party.

The kitchen is located to the left of the living space up a few steps. 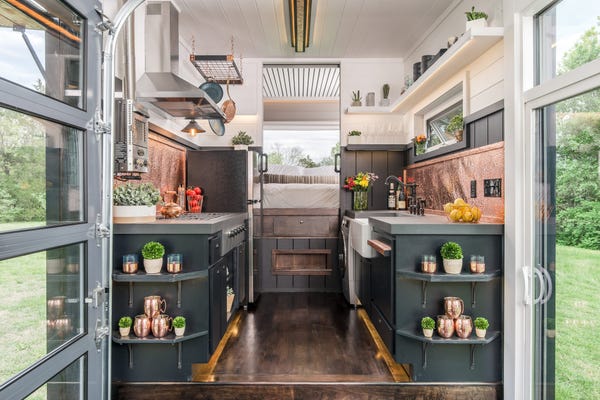 "Slight elevation changes in the space kind of tricks the mind to add an expansiveness," Latimer said.

The chef's kitchen is equipped with a farmhouse sink and custom cabinetry. 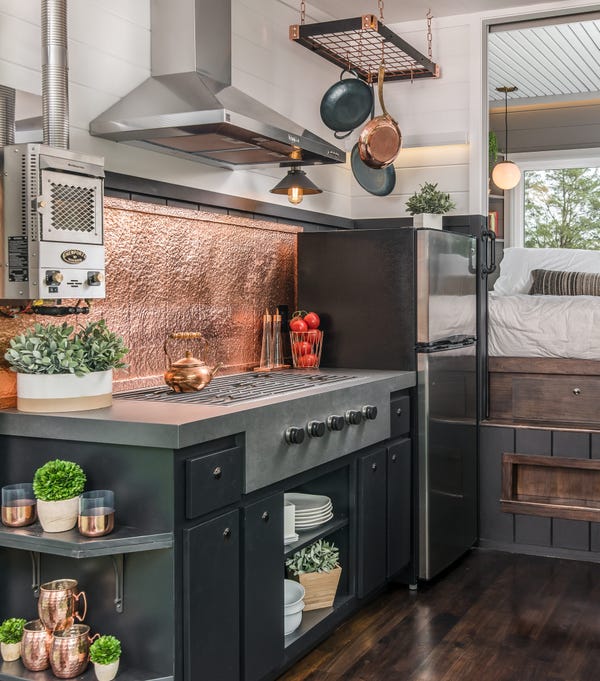 Latimer designed the house for a professional cook, so the kitchen is considered a focal point of the Escher. It has stainless steel appliances and a large stovetop.

Although most tiny houses aren't about having luxury amenities like these, Latimer said he put high-end items in the house because "you save money over time when you get high-quality things."

He continued, "In a tiny home, you see all of your things in your house every day. I'm a big believer in never compromising form and function. Get the nicest thing you can and the most beautiful thing you can."

Up just a few more steps, you will find the master, king-size bedroom. 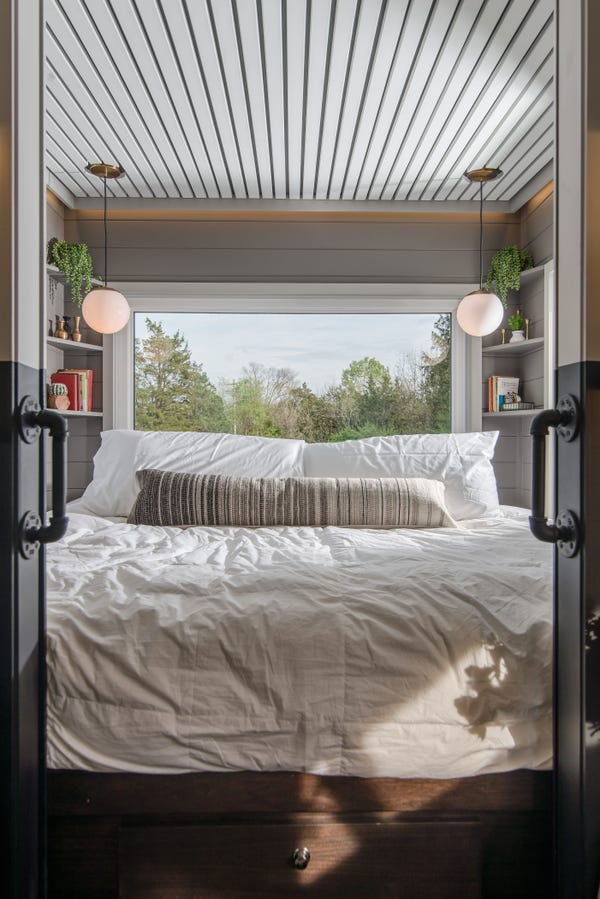 The master bedroom has shiplap walls and sliding doors for privacy. The bed is even on a hydraulic lift system so that it rises and reveals storage beneath.

Back on the other side of the house, the full bathroom has a shower, sink, and flushable toilet. 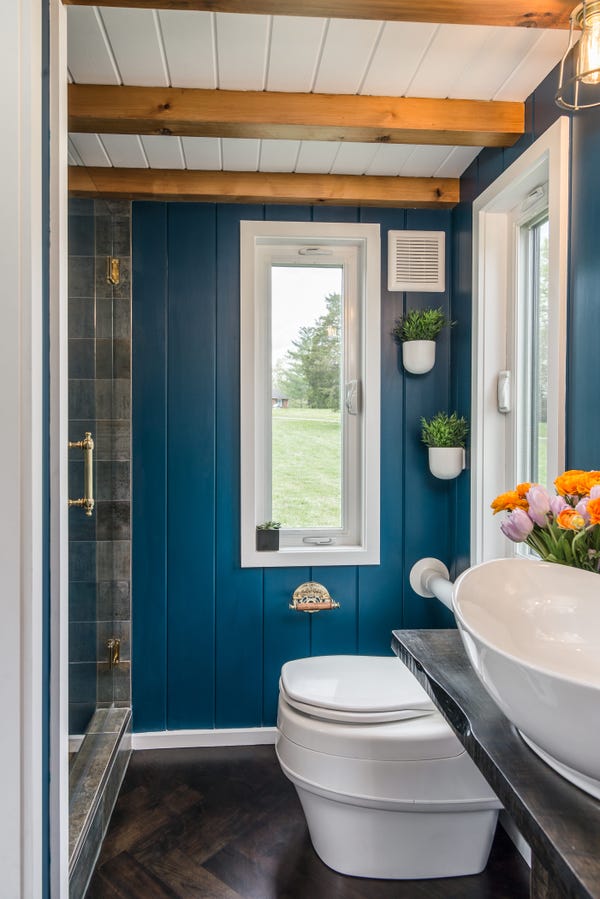 Latimer said he believes in two things: "clean lines and as much open space as possible." The best example is the bathroom.

The shower is the star of this room, with a glass door and brass accents.

Inside the bathroom, there's also a walk-in closet. 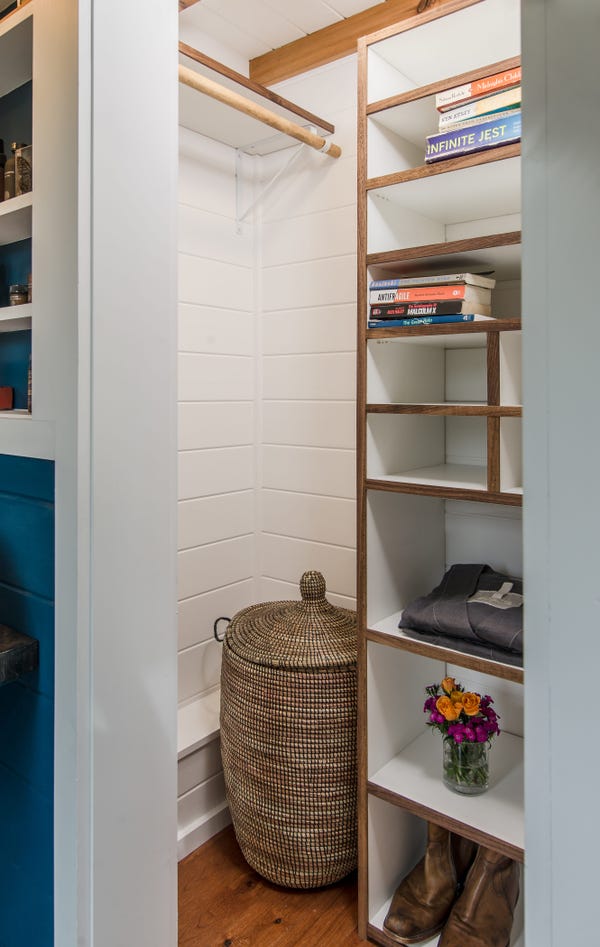 Although it's not the size of a typical walk-in closet, the feature is unusual for a tiny house. It also comes with built-in shelving.

Just outside the bathroom is a small nook that can function as an office. 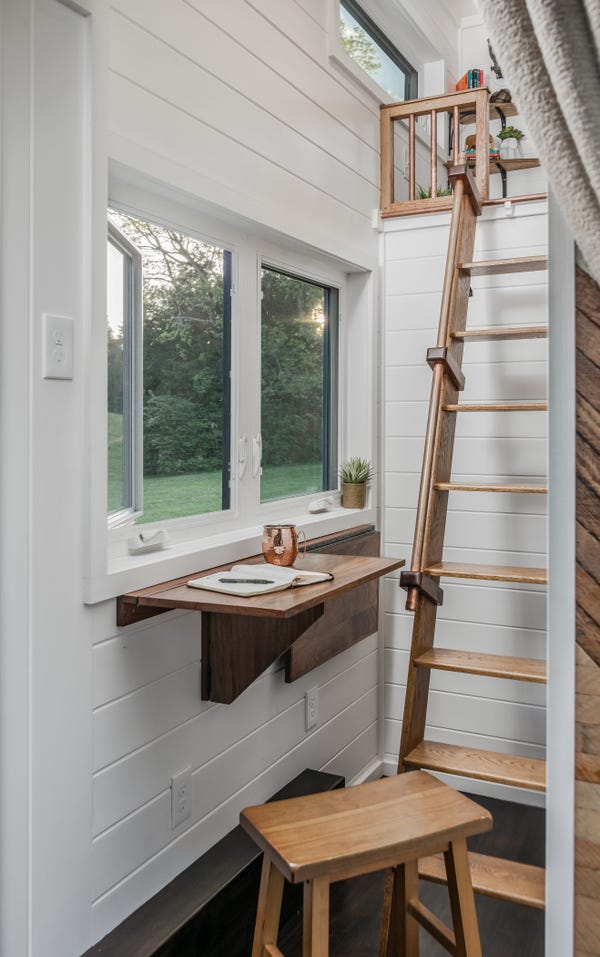 In this corner of the home, there is a pull-out desk and a ladder that leads to the other bedroom.

At the top of the ladder, there is a loft that acts as the home's second bedroom. 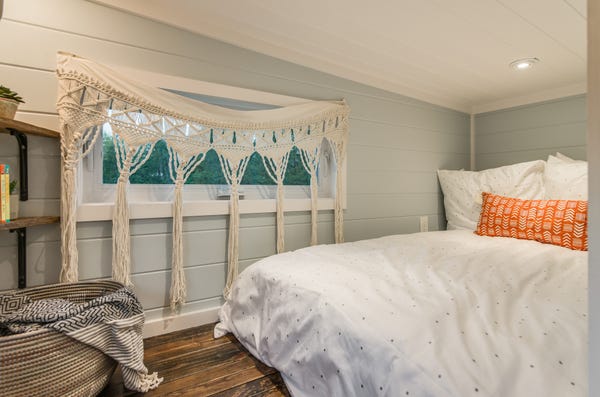 The loft is separated into two parts. There's an open space in front of the ladder that acts as a play area for children, and then there is a separate space for a bed that can fit two children.

"We needed to put the rooms on opposite sides of the house so there is as much privacy as possible," Latimer said.

This model can also be upgraded to include an additional bed in the loft, a second ground-floor bedroom, or a bed stored under the kitchen platform, therefore accommodating six people.

The price for an Escher model starts at $180,000, but you can get some upgrades for more. 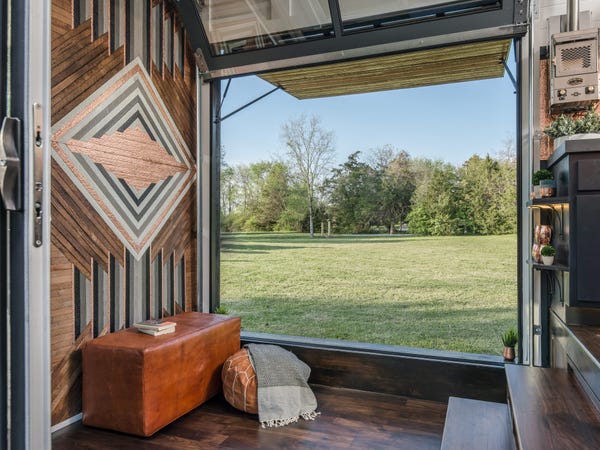 The Escher is unlike most tiny homes, nearing $200,000 and including high-end features. But Latimer said that doesn't make this model any less of a tiny house.

"Minimalism means different things for different people," Latimer said. "The bottom line is that downsizing is a tremendous life adjustment and sacrifice for anybody. This tiny house is still a minimalistic lifestyle. It's still a tiny home."

Latimer believes this is the perfect home for families. 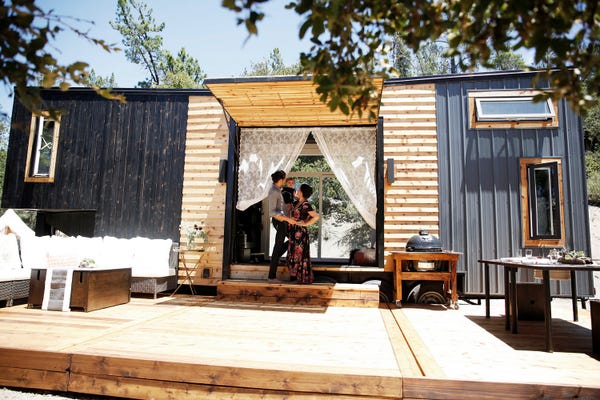 "I believe micro-housing is going to be a substantial part of the future of residential housing," Latimer said. "Millenials and Gen Z are going to live this way. I would bet my life on this. Micro housing will allow people to live out the American dream." 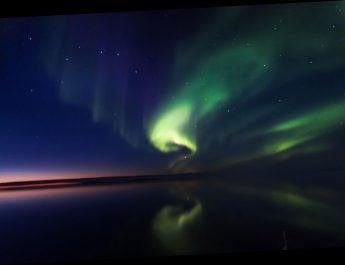 The Northern Lights Could Make a Rare Appearance Over Parts of the U.S. This Week 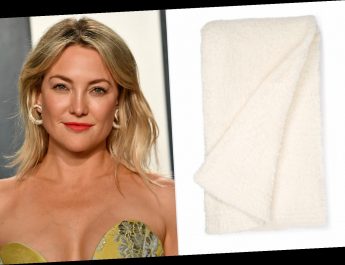