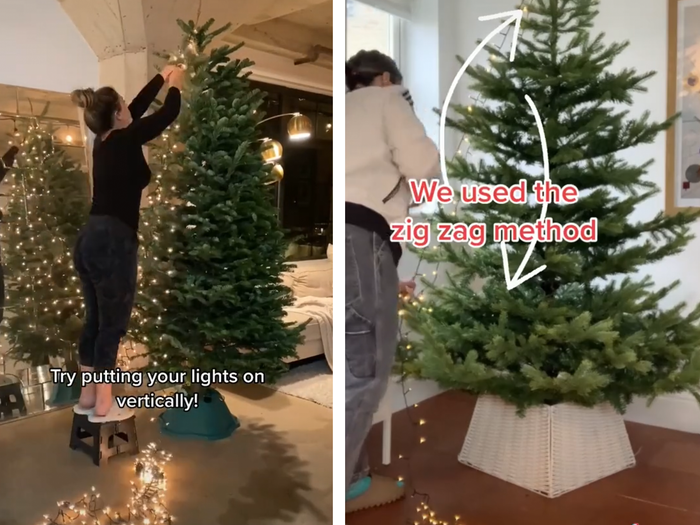 Decorating a Christmas tree with lights can be tricky and often requires two sets of hands. But a new TikTok hack suggests that it doesn't have to be that way — simply hang the lights vertically instead of wrapping them around the tree and your tree will be lit in half the time.

TikTok user Liz Brown posted a video demonstrating the method in action (and showing how much quicker it is than wrapping lights the traditional way). The video starts with her and her partner wrapping the lights horizontally before it's just Brown, hanging the lights vertically by herself, only aided by a step stool.

"This way you use less lights and if the string goes out, you can easily change them and it's a whole lot easier," Brown can be heard saying in the voiceover for the video.

Wow what a difference this made! Thank you @mrsclarehoops! 🎄 #HolidayVibes #christmas #holidaydecor #homedecor #decortips #IntroVideo #hometips

Brown's video has 1.8 million likes and over 8,000 comments at the time of writing.

"Seeing this after I just finished putting lights on my tree … definitely doing this next year," one person commented.

"Oh so I got strangled in my lights for nothing?" another wrote.

Brown who shares recipes, fashion, home decor, and DIY tips on her website and TikTok page, told Insider that she has an 8-foot Christmas tree in her home.

"Last year, my fiancé and I did the traditional way that we usually do, just to spiral it around and I noticed that we needed two people because it was kind of like passing it over to the other side of the tree," Brown said.

"This year I tried this method and I was able to get the lights on by myself in less than 10 minutes. And all I needed was a step stool for myself," she continued.

Brown told Insider that she got the idea to decorate her tree this way after watching a video from another TikTok user, Clare Hooper.

Hooper calls it the "zig-zag" method. "Who knew fairy lights was such a hot topic?" Hooper told Insider.

This method saved me so many times 🎄#christmasdance #mumslifeinlockdown #festiveness

Hooper told Insider that years ago she worked at a church and conference center where she was tasked with decorating 20 trees, each between seven feet and 15 feet tall.

"I was taught the zig-zag method there about 15 years ago and never looked back," Hooper said.

"It uses less lights and if you lose a set during the festive period you can much more easily replace them without too much disruption to the decorations," she added.

Hooper said it took her about 20 minutes to put the lights on but she spent longer making sure the wires weren't too obvious.

Hooper starts her video by saying, "If you are coiling your Christmas tree lights, you are doing it wrong."

"My opening statement was a hook and I did have a chuckle creating it, but in all honesty, I don't mind how people decorate trees," Hooper told Insider. "It's such a personal thing, and often super nostalgic!"

For the Christmas ribbon, Brown still recommends the traditional spiral but with a slight modification — push the ribbon into the tree every foot or so to create little arches.

"It makes the ribbon really fluffy without actually having to do a lot of cutting or anything like that. So, they're very simple for a big impact," Brown said.

Hooper recommends tying baubles to the branches instead of draping them because "it looks so much more professional."

And if you're planning to try the trick with the lights, or use any lights at all, Hooper recommends wrapping them around cardboard or a can of some kind once they've come off the tree — an easy way to prevent a mess of tangled cords.

"You will be very happy about this next year," Hooper said. 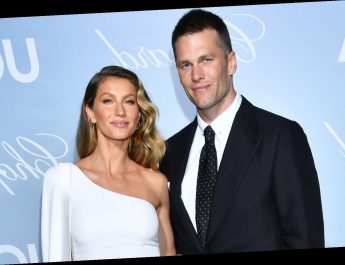 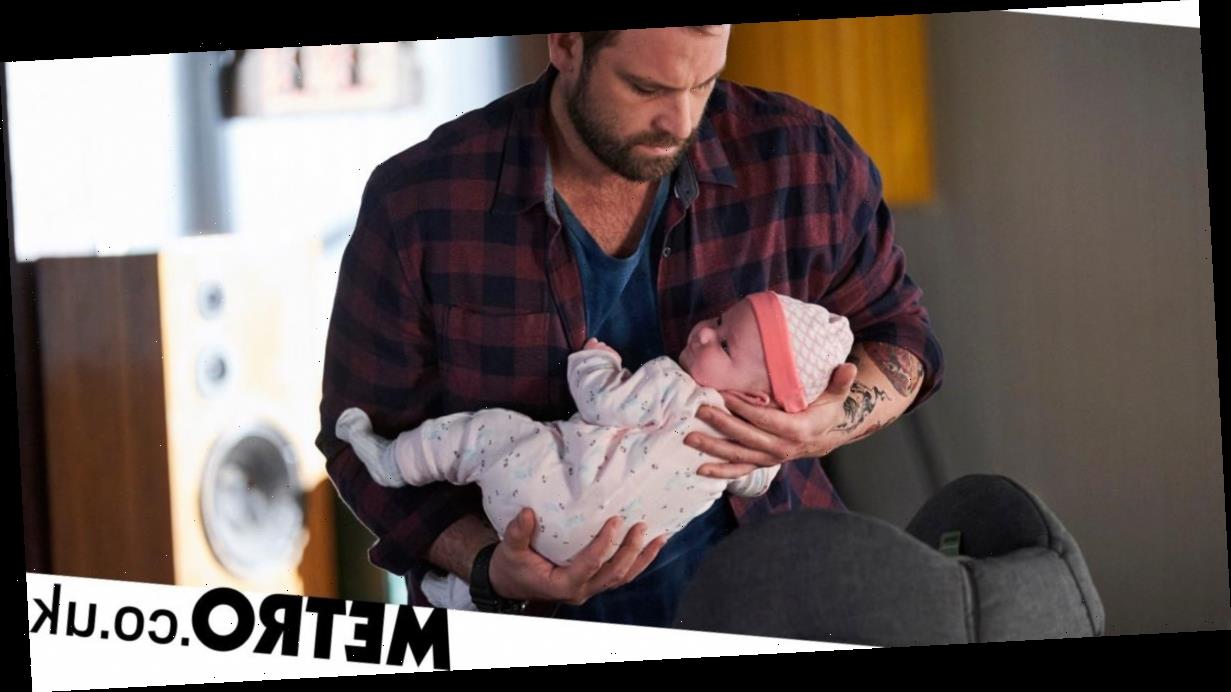