If you watched a teen film in the '90s, chances are you saw Branden Williams on the big screen.

But now Williams has gone from Hollywood actor to Hollywood's realtor — and is taking PEOPLE into the wild world of celebrity real estate.

While real estate began for the Never Been Kissed star as a part-time gig while he was working as an actor — he's also appeared on Will & Grace and Entourage — the Los Angeles native soon realized that the role of "realtor" was the part he really wanted to play.

"I look at myself as like a detective," Williams says, explaining that it's his job to uncover the perfect property for each big-name client — a talent he has put to use to find homes for stars like Angelina Jolie.

Williams says that the Maleficent star, 45, had been searching for a new home for two years when he showed her the iconic Cecil B. DeMille's estate.

"I ran into [Jolie] showing another property and I said, 'Hey, I think I might have your property,' and she said, 'I’d love to see it.' I showed her a couple of pictures and she’s like 'That’s my house,'" he says.

Williams tells PEOPLE that the secret to success in real estate is "all about relationships."

Several of his major successes have come from connections he made as an actor, including helping former costar Drew Barrymore sell a house 20 years after he fell in love with the property while attending many of the actress' legendary parties. "She bought it when we were doing Never Been Kissed together, and she used to invite me to some parties there, we had the best time ever," Williams recalls, adding that the house had previously been rented by Elvis and The Beatles.

"I talked to her and I was like, 'Hey, if you ever consider selling, let me know,' and the time was right and she called me and I was able to call a client and put the deal together fairly easy and got her a big price for it," he says.

But not every deal is an easy one, Williams explains. One of the most outlandish asks he's received came from DJ Khaled, he tells PEOPLE.

"DJ Khaled asked me to buy him 300 Diptyque candles for his wife because he wanted to make it all nice and sexy and surprise her with this house," Williams recalls, adding that he was able to find 150 of the Baies scent the producer requested. "Everybody else was sold out because it was like the hottest scent at the time."

"I get crazy requests all the time. It’s never-ending," Williams says. "I’ve had to repave streets for people because they hated the LA streets."

The decision to go to real estate full-time was a "wise" one, Williams says, and still allows him to use his "creativity."

"Method acting is very much the same," he adds of the collision of his two worlds, Hollywood and real estate. "It’s asking yourself a million questions about the character, digging deeper … And I just put the puzzle together for them." 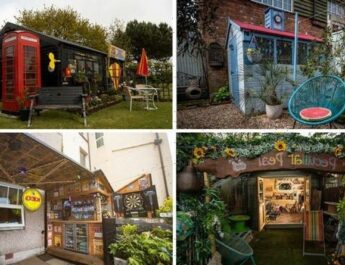 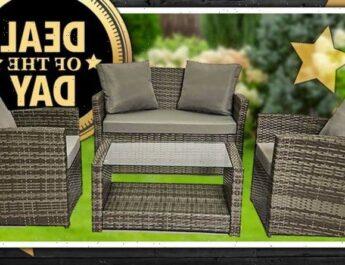 DEAL OF THE DAY: Save £200 on this top-rated Rattan Garden Furniture Set 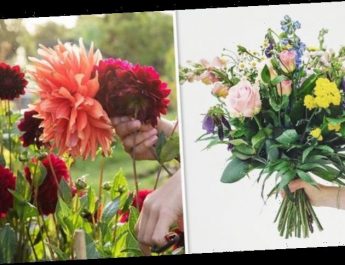