Alan Titchmarsh on 'creating depth' in a small garden

On tonight’s special edition of ITV’s Love Your Garden, the team worked tirelessly to transform two gardens; one in London and one in Kent. Alan Titchmarsh was joined by David Domoney, Frances Tophill and Katie Rushworth for the small backyard edition of the garden makeover show. Together the team transformed a narrow garden in London for a charity worker called Maxine, and a tiny garden in Kent for a family of five.

Along the way, the team shared their tips, tricks and incredible ideas to help other small garden owners transform their outdoor spaces into something truly unique.

Maxine, a charity worker for Kinship Care, lives in London with her niece Faith.

After recently moving into her ground floor flat, Maxine was left stumped by what to do with her small garden.

Maxine told Alan she wanted some “breathing space” so Alan vowed to create a “sanctuary” in the heart of the city.

During the show, Alan explained how to help transform a small, narrow garden using one of the “oldest tricks in the book”.

He explained: “When the curtain goes up at the theatre you see backdrop and you see wings to the side which fools you into thinking it’s much grander because it interrupts the view.

“That is the way they give you depth on the stage, the same trickery – illusion – you can use in the garden.

“Here is our tiny garden, you might think if we leave it uncluttered it will look bigger.

DON’T MISS
How to get rid of weeds between pavers – easy hack using white vinegar [INSIGHT]
DEAL OF THE DAY: Shark vacuum cleaner discounted by over 30% off [UPDATE]
How to look after a mint plant – Four simple tips for flourishing mint [ANALYSIS]

To create this effect in Maxine and Faith’s garden, the team added raised planting beds either side of a path.

They also used “chunky timber” which also have a “nifty dual purpose”.

Garden expert David Domoney explained that if you have a small garden, these raised beds are great as they are around 45cm high and can act as a seat when you have guests round.

To create an “oasis in the city” Alan said the team had to “greenify” the boundaries.

Frances Tophill showed viewers how to do this using climbing plants.

She said climbing plants work well as they don’t take up a lot of floor space and grow upwards.

“They can be flat against the wall”, she added.

She used a star jasmine which is both an evergreen and fragrant.

The gardens for tonight’s episode were designed by Manoj Malde and Sara Jane Rothwell.

Love Your Garden Themed Specials is available to stream on the ITV Hub. 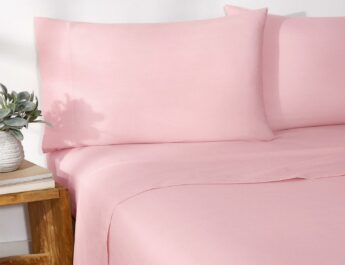 Gap Just Launched an Exclusive Home Line at Walmart, and You're Going to Want Everything

Jonathan Knight Has Been Renovating Homes Since NKOTB First Split in 1994: ‘It's Not Just a Hobby’