During an episode of Love Your Garden, which was broadcast this evening on ITV, Alan Titchmarsh and his team transformed an urban wasteland into a tranquil oasis. The site, which belonged to charity Age UK in Croydon, South London, was in need of a dramatic revamp to provide a garden for its elderly members to relax and socialise.

While discussing the design for the new green space, Alan emphasised that the garden needed to be low maintenance, so grass wasn’t to be laid.

Instead of laying paving, the team used resin bound gravel, which although can be a more expensive option, unlike patio, it’s porous and doesn’t become slippery after rainfall.

David Domoney, garden designer and landscaper, explained that the gravel was also a more practical option for the garden project as opposed to paving, which would have required cutting around the various angles, levels and pathways.

Combating loneliness was a top priority for the charity, so Alan was determined to create an engaging and practical green space for all the members.

Before the team set to work, Alan shared his vision for the green space and said: “This will be a garden that can draw a community together, can banish loneliness and can give something for people to do, can give them a sense of purpose.”

Determined that the team would provide the charity members with an attractive and appealing outdoor space, Alan added: “It may be functional but this garden needs to beautiful too. The centre provides a warm welcome to its members and I want the garden to do just the same.”

Alan advised viewers on how to create an appealing green space without the use of grass. Using the charity’s garden as an example, he said: “Even a city garden like this can become a green oasis without a single blade of grass,” adding that ditching a lawn needn’t be bad.

“It could be the first step to making a lush paradise,” he added.

DON’T MISS:
The 3 common signs that you’ve got a slug infestation on your plant
How to stop weeds growing in gravel – the 3 ingredient weedkiller
Gardeners’ World shares ’15-minute’ hack to ripen late tomatoes

“That way they don’t look mean and you can get plenty of greenery in them to overwhelm you without any sign of a lawn,” he said.

During the episode, Alan toured a garden in Catford, South London, which had been purposefully transformed into a low maintenance retreat.

Alan pointed out that with the use of big leafed evergreens and towering palms, the garden had lost its urban feel.

He highlighted that adding focal points, such as a Scarlett Begonia or Lobelias, the plants helped to make green spaces more appealing.

“Every now and again through a garden you just want some things that make you pause – to stop and look,” said Alan.

Offering some useful tips for building a pathway, Alan advised that a path should be four feet wide to enable two people to walk side by side.

She said it was important to consider the overall height of the beds and had sunk the bottom sleeper in order to get the desired height.

The new garden design featured a range of colourful planters and raised beds to add vibrant colours to the green space.

A bespoke water feature was built to achieve a calm and soothing atmosphere.

While different areas of the garden were connected to provide a social hub for the charity members to congregate. 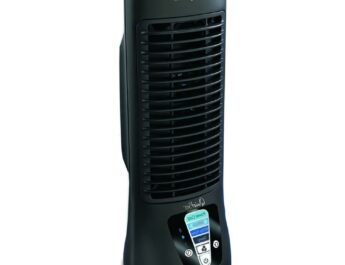 Co-living spaces: Home is where the community is 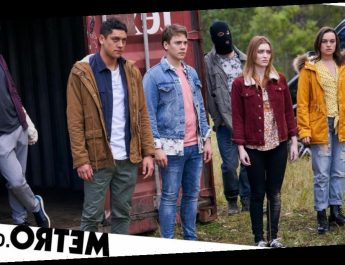