Chrissy Teigen and John Legend have moved into a rental property while waiting to close on their new dream home. But this isn’t your average in-between house.

The singer and the cookbook author put their Beverly Hills mansion on the market for $24 million in August and found a buyer faster than expected, meaning they had to move out before they had a new place to live.

In the interim, the family couple is leasing a newly built, six-bedroom, 11-bathroom mansion in the Beverly Hills Flats neighborhood, Variety reports. The 11,500-square-foot home was originally listed for sale for $20 million last November, but has since been taken off the market and is being offered as a rental instead.

Much like the power couple's former home, this three-level property offers indoor-outdoor living with retractable glass walls throughout and a backyard with a massive pool area. There’s plenty of space outside for their children — daughter Luna, 4, and son Miles, 2 — to play, and for Teigen to relax while pregnant with their third child.

Legend and Teigen tied the knot in 2013.

she is loooove. her favorite game is a bell I bought that says “ring for a kiss”. She rings however many times, you give her that many kisses. Then it’s your turn. That’s it. That’s her favorite game. She is everything.

Inside, the custom kitchen is outfitted with new Gaggenau appliances. There's also a sauna, theater room, fitness center, steam room and eight-car garage are at the ready. The master suite upstairs, in its own private wing, boasts dual bathrooms and closets, plus heated floors for chilly mornings.

One of the home’s features that Teigen and Legend are already taking full advantage of is the downstairs wine cellar — although not for its intended purpose. The couple has converted the room into a space for Miles and Luna to do their homeschooling amid the ongoing coronavirus pandemic.

Teigen showed off the new “classroom” in an Instagram post on Monday, sharing several photos of the kids making homemade pizza in the space, which is decked out with blocks, art supplies, costumes, rolls of colorful construction paper, and, of course, shelves upon shelves of wine bottles. “Oh that amazing school I built in our house had to be up and moved in one night to a rental as we moved out to show it!” Teigen captioned the post, referring to the similar set up she'd created in their former home. “So now their classroom is equipped with the rental’s wine cellar lol.”

The model confirmed on Instagram back in August that their soon-to-be family-of-five would be moving from their current home, along with her mother, Vilailuck “Pepper,” who has lived with them for years.

A source told PEOPLE at the time that they came to the decision following the baby news, sharing, “With a third child coming, they want a house they can grow into.”

The couple bought the property, which was formerly owned by Rihanna, for $14.1 million in January 2016, according to the Wall Street Journal. They then tapped their longtime interior designer, Don Stewart, to imbue it with their personal style. Located in a gated community just north of Sunset Boulevard, the luxurious home was listed on August 20 for $23,950,000 with Marshall Peck of Douglas Elliman. Property records now show the home to be under “active contract” as of September 9.

The 8,520-square-foot home boasts seven bedrooms and eight bathrooms. It features a glam room, a movie theater with a popcorn machine, a private gym and a playroom.

According to Variety, the couple has already set their sights on a new, bigger home in the area to move into before their third child arrives in March, and are waiting to close on the property. 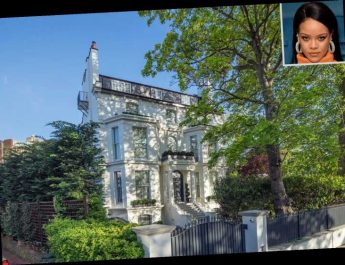 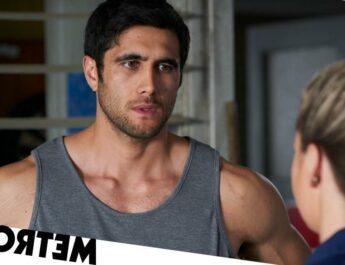