Ant Anstead is getting his life back on track as a single dad after his surprise split from Christina Anstead.

In September, the HGTV star, 37, announced that she and the Wheeler Dealers host, 41, had separated after less than two years of marriage — and just a year after they welcomed their son Hudson, now 16 months. Now, Ant is sitting down exclusively with PEOPLE for his first interview since the shocking split.

“Every day is an improvement. Obviously, going back a couple of months, I mean, it was a big hit,” the father of three says, sharing that he’s proud to finally be feeling like himself again after being in “a very dark place.”

In the wake of the breakup, the British TV star lost more than 20 lbs: “It really hit me hard. The impact on me, my sleep, my diet, my stress, it showed,” he says. “But I reached this turning point where I was either going to dwell in the darkness or I was just going to slap myself around the face a few times and say, ‘Wake up; you’re incredibly blessed. Focus on all the great things.’”

And that’s exactly what he did.

He first took matters into his own hands by signing up for a 35-day online “breakup recovery” course, and a three-day faith-based retreat focused on mental health and physical fitness. He says that both helped him understand that “nobody controls me but me. It’s up to me to empower myself and realize how incredibly worthy I am of healing.” He also learned to lean on his two older children from his first marriage — Amelie, 17, and Archie, 14 — who live in the U.K. with their mom and his first wife, Louise. “They are genuinely my best friends,” he says of the teens, adding that the split “was devastating for them.”

“It was a very, very difficult FaceTime call,” he says of breaking the news to them. “They loved Christina — they still do — and they really wanted us to work. I think every child just wants to see their parents happy.”

He has also found solace in spending time with his youngest, Hudson. “This process without him would’ve been incredibly difficult,” he says. “He’s filled my heart. He really saved me.” The pair enjoy going to the beach, reading, and getting out and being active, and recently spent Christmas together in Arizona. “He and I have got this really amazing relationship between us,” Ant says. “We've got this dad-son bond, and, I’m telling you, he’s one of the coolest kids around.”

Christina filed for joint custody of Hudson in November, and the pair aim to co-parent amicably. “There’s never been a scenario where I’ve asked for him and not had him and vice versa,” Ant says.

The former couple had worked to blend their families since they started dating in 2017, and Ant hopes to maintain a bond with Christina’s kids, daughter Taylor, 10, and son Brayden, 5, whom she shares with her first husband and Flip or Flop costar, Tarek El Moussa, as well.

“I hope that we’ll always have a relationship. If they ever need me, I’ll be there in a heartbeat,” Ant says. “All five kids are the first priority.”

Christina concurred that the kids are “our priority” when she announced their separation, later writing of her own emotional turmoil: “I never thought I would have one divorce let alone two . . . instead of getting stuck in these ‘setbacks’ I choose to look at these challenges as opportunities to grow.”

Despite the end of his relationship, Ant plans to remain in the U.S. For now, he’s staying in a rental home in Laguna Beach (Christina lives nearby) while he hunts for a place that “feels like a refuge” with a view of the ocean. He’s also hard at work on three new TV projects that are still under wraps — including one he wrote himself (“Writing is my escapism,” he says).

While some days are harder than others, Ant says he’s “making steps toward healing, even if it’s really slow.”

After all, he says, “there’s no quick fix for a broken heart.”

For more on Ant and his life after divorce, pick up the latest issue of PEOPLE or subscribe here. 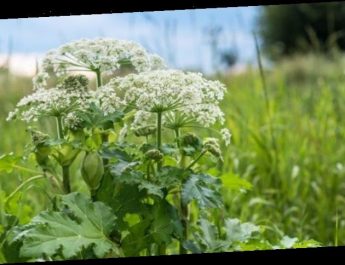 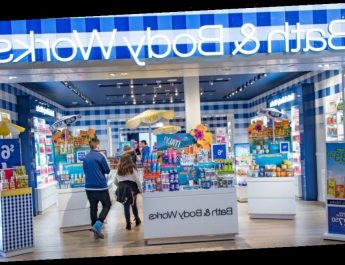 Bath & Body Works’ popular 3-wick candles are ‘buy one, get one free’ this weekend