According to Variety, the Call Me By Your Name actor, 34, listed the seven-bedroom, six-bathroom Tudor-style home, located in the Hancock Park neighborhood, for $5.8 million. Hammer and Chambers, 38, updated the interiors of the 6,275-square-foot property, which they bought for $4.7 million back in 2018, the outlet reports.

The former couple — who tied the knot in May 2010 and share daughter Harper Grace, 5, and son Ford Douglas Armand, 3 — announced their split in July. Chambers officially filed for divorce shortly after the announcement, citing irreconcilable differences.

"Thirteen years as best friends, soulmates, partners and then parents," the pair wrote in identical statements in July.  "It has been an incredible journey, but together, we’ve decided to turn the page and move on from our marriage."

"As we enter into this next chapter, our children and relationship as co-parents and dear friends will remain our priority," they continued. "We understand this news lends itself to public dialogue, but in the interest of our children and our family, we’re asking for privacy, compassion and love during this time." A source told PEOPLE at the time: "They both still love each other very much and they’ve always been such a close-knit family. I know their main focus right now is their kids and making sure nothing changes for them."

In recent months leading up to the split, the family had been self-quarantining in the Cayman Islands during the coronavirus pandemic.

“We’re currently quarantined in the Caymans, which wasn’t planned when we left L.A. 5 weeks ago for NYC,” Elizabeth explained in April. “Due to travel restrictions, school closures and the fact that we were planning to be here with our extended family two weeks later for spring break, we made this decision for the health and safety of our family.”

In August, Hammer wrote on Instagram that he'd spent the previous two months living with his best friend and working in construction.

"This is one of my best friends, Ashton. For the last 2 months or so I have lived with Ashton, worked construction with Ashton, and hiked with Ashton every day," Hammer wrote in the caption alongside a photo of his good friend Ashton Ramsey while on a hike at Joshua Tree National Park in California.

"He has been such a good friend (and boss) and has been the most supportive friend anyone could ever ask for," he added. "Today might be my birthday, but I just wanna say thank you to @ashtonramsey and say I love you, dude."

Hammer was spotted on a lunch date with writer Jessica Ciencin Henrique earlier this month. 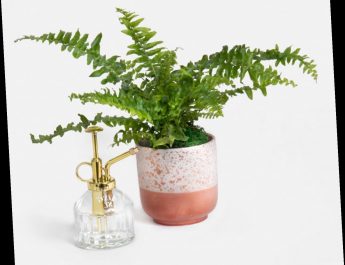 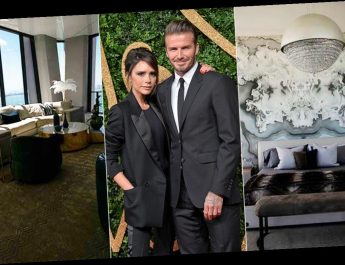