Sara Ferguson on Love Your Weekend with Alan Titchmarsh

The gardening expert will host Love Your Weekend on ITV this morning where he will be joined by actor and comedian Omid Djali. Journalist Robert Preston will also be appearing on the show to discuss his new political thriller.

During a previous episode of ITV’s Love Your Garden, Alan Titchmarsh demonstrated the art of cloud pruning.

Originally from Japan, the artform, which is also known as Niwaki, is a type of topiary used to create shapes of clouds on training trees and shrubs.

The technique requires meticulously pruning with a pair of secateurs.

Alan said the technique was designed to “reveal the true essence of the tree”.

He advised pruning the top of the tree first.

To ensure there is sufficient spacing between the branches, Alan suggested attaching wire to the tree container and the branch.

“Do be careful that the wire does not nip the stem and cause the end to die off,” he said.

Describing how pruning helped the tree to flourish, Alan added: “Every time you take a shoot tip off, it persuades shoots further down that stem to grow and thicken up the top.”

DON’T MISS:
When to prune blackberry bushes – top tips to secure your 2022 crop [INSIGHT]
When to cut back hydrangeas: The best way to deadhead your plant [INFORMER]
When to prune bay tree – THREE conditions to watch out for [EXPLAINER]

During the episode, Alan and his team were tasked with creating a Thai-inspired style garden for former nurse, Jo, and her family from Leighton Buzzard.

While on holiday in Thailand, Jo had discovered an abandoned dog, Lulu, whom she rescued and brought back to the UK.

Alan set out to create a green space which was “reminiscent of Thailand”.

To gain inspiration for the garden, Alan visited a landscaped green space which featured a range of exotic plants.

“The moment you enter the gate you feel like as if you’ve left Britain behind and entered a tropical paradise,” he said, It’s so verdant”.

“But not just that, it’s not just the incredible bulk of foliage, it’s the fact that it’s layered, and you seem to sink down and disappear into it,” added Alan.

Alan highlighted that a garden that is “predominantly green” didn’t require much colour in order to make a “tremendous impact”.

Large rocks, or boulders, often feature in gardens across Thailand and Southeast Asia, explained Alan,  who described them as “wonderfully informal,” while providing a “natural stature”.

Keen to create a garden which reflected a Thai theme, explained Alan, adding that some plants which typically grow in Thailand wouldn’t survive the English climate.

A Nandina Domestica was chosen for the garden – a hardy plant which requires “decent light” or “dappled shade”.

Among the other plants featured in the garden was a Fatsia polycarpa ‘Green Fingers’, which is an evergreen shrub.

Love Your Weekend airs on ITV today at 10am. 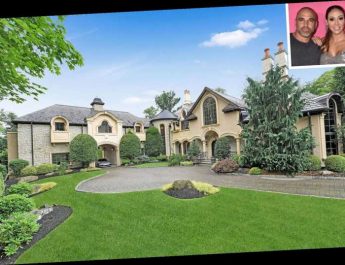 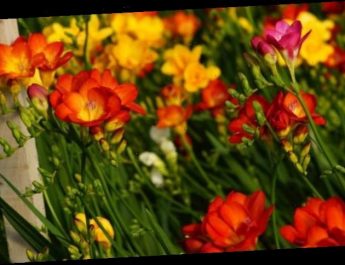