Written by Naomi May

Boy Smells is the queer-owned candle brand eroding gendered scent binaries with its genderful, rather than genderless, range. Here, Naomi May meets its co-founder, Matthew Herman.

It didn’t take long before both men, who gifted the first couple of batches to their loved ones, realised how fatigued they’d grown from the limitations of the largely heterosexual, gendered and binary worlds of scent and lifestyle. The aromas which they’d crafted in their homemade candles intentionally combined more traditionally feminine florals with muskier (see: manlier) notes in an attempt to abridge the gendering of home scents, and before long, the penny – which would turn out to be their bestselling and now cult brand, Boy Smells – dropped.

“When we created the brand, we called it Boy Smells but put it in a pink box, which was us purposefully poking fun at scent being assigned a gender,” Herman tells Stylist over Zoom from his home in the Californian city. “What we always try to do is mix something traditionally masculine with something that’s traditionally feminine in the scent sphere and combine them together in a way that reflects people’s modern identities. We want to make lighting a candle an identity-affirming moment.”

In the early days of the brand, before Herman and Kien left their jobs in the fashion industry (the latter being the first to make the jump) to pursue the business full-time, the pair would conceive of a person, place or poem that they loved and develop a scent that they felt encapsulated it.

“When we started, we really didn’t know much about fragrances at all,” Herman laughs self-deprecatingly, despite the fact that two of Boy Smells’ bestselling candles to this day, Cedarstack and Kush, were conceived in that debut line-up. “We’re about being genderful, rather than genderless, because we’re all about embracing every spectrum of gender and viewing gender as a garden to be explored, rather than a blank space.”

It may sound like a well-oiled Goopified Angeleno machine, but Boy Smells is not just another lifestyle brand churning millennial pink-hued Instagram catnip. The brand is intentionally crafting a sphere where queerness, on whatever end of the spectrum one might oscillate between, is not just accepted, it’s celebrated and encouraged.

“A lot of self-representation when it comes to retail for queer individuals was not very elevated or high-end when we were starting out,” Herman explains. “So, when David and I were thinking about our brand, we knew that we wanted to do something that had a lot of style, concept and represented who we are.”

Indeed, in the five years since its inception, success has been hot on the founders’ tails, as the brand has steadily carved a niche for itself as the picture-perfect purveyor of gender-fluid scents which have caught the attention of Gigi Hadid, Raf Simons and the Kardashians, to name just a few of its famous fans.

During lockdown, sales of Boy Smells surged by 1,500%, no doubt in part thanks to collaborations with Ganni and country musician Kacey Musgraves, the latter having sold out in a matter of minutes. The partnership, which comprised a candle named after one of the musician’s songs, Slow Burn, was born after the Grammy-winner messaged the brand on Instagram to rave about one of its scents. When Herman suggested partnering on a limited-edition collection, Musgraves jumped at the chance and so ensued a collaborative friendship with Boys Smells’ first genderful ambassador of sorts.

“The country music scene in America is very much a boy’s club – it’s very patriarchal, toxic masculinity, lots of Conservative values, but Kacey’s the opposite!” Herman expands. “She writes and produces her own music, she’s super liberal, she’s a woman paving her own way, so she is the definition of genderful! She is demanding to be noticed and to be respected the way she is, not the way she’s expected to be.”

It’s no coincidence that Boy Smells’ debut line of fine fragrances, which were co-created alongside Jérome Epinette, the nose behind some of Byredo and Vilhelm Parfumerie’s most beloved scents, will be launching in the UK during Pride month. The brand will be marking the occasion by launching a designated Pride capsule and donating $100,000 to The Trevor Project, America’s leading suicide prevention and crisis intervention organisation for LGBTQ+ youths, an act which Herman hopes “sets a precedent for what a meaningful contribution is irrelative to the size of your company that will properly support the company.” Among the queer luminaries starring in the brand’s Pride campaign are Kade Gottlieb, who gained notoriety after becoming the first trans man to compete on RuPaul’s Drag Race US and Leyna Bloom, the first openly trans model of colour to be featured in Vogue India.

Indeed, it’s the embrace of queer culture and Herman and Kien’s identities that sets Boy Smells apart. “Boy Smells is a love letter to a little bit more vulnerable and younger version of myself,” Herman says. “I wish there had been queer brands like this that I could see and relate to at a younger age, one which represented the idea that identity is not a destination, but a journey.”

Yet despite the brand’s stratospheric success – another celebrity collaboration is in the works for later in the year, as well as plans to extend the Boy Smells lifestyle offering – Herman is the first to admit that prosperity doesn’t come without its challenges. “I’m not immune to doubt and insecurities,” he explains. “I mean, I’m flabbergasted by Boy Smells’ success! I never thought it would take off. But I actually think where we are culturally, in terms of the conversations we’re having about queerness and gender, is why Boy Smells is successful right now – I don’t know if it would be successful if we’d have done it three years earlier, or three years later.”

As the founders begin to properly harness the Boy Smells power they now wield, with a string of exciting launches plotted on the horizon, Herman is clear. “Self-exploration should be a life-long journey,” he muses. “Our tastes, our politics, our sexualities, it should always be an evolving dialogue with ourselves. And that’s very much the Boy Smells ethos.” Indeed, with Herman and Kien at the helm, the future looks not only bright, but genderful too. 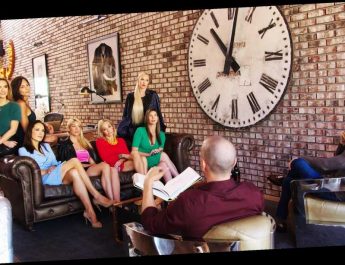 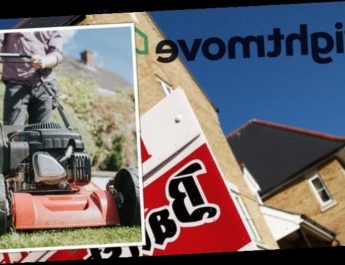 Property: Rightmove shares tips on how to spruce up your garden for potential buyers 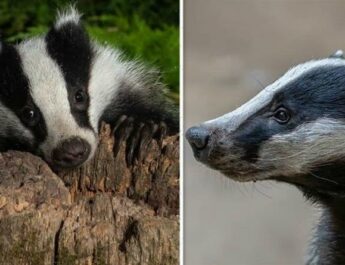