Resource crunch is leading to a paradigm shift in the construction industry with new materials and innovative technologies being used increasingly. By M.A. Siraj

Material cost accounts for roughly two-thirds of the total cost of a typical building. Construction involves preponderant use of materials such as sand, stone (as aggregates), soil for bricks and limestone for cement. All these are in short supply. The Indian construction industry is likely to face serious material supply problems if the predicted growth in demand continues. Supply bottlenecks are already starting to impact prices and construction schedules in most parts of the country. The need is therefore being felt to find alternative materials and bring about resource efficiency, eco-friendliness, and low lifecycle cost of buildings which can also ensure better health of and productivity from inmates.

There appeared to be consensus on these points among experts who gathered at ‘Concrete: Panorama and Deminar’, a two-day international seminar, on finding new materials and applying innovative technologies to meet the challenges posed by the growing resource crunch and to bring down the carbon footprint from the construction industry. The seminar was organised by the Indian Concrete Institute in association with BMS College of Engineering.

Setting the tone for the seminar, Shailesh Kumar Agrawal, Executive Director, Building Materials and Technology Promotion Council (BMTPC), said building activities consume 40% of energy, 25% of water and 40% of resources and contribute 50% of air pollution, 42% of GHG (greenhouse gases) emissions, 50% of water pollution and 48% of solid waste. He said the Council, set up under the Ministry of Housing & Urban Affairs (MoHUA), has shortlisted 54 new construction systems with the objective of adoption of alternative materials and building techniques. These will simultaneously improve the pace and quality of work currently taken up under Pradhan Mantri Awas Yojana (PMAY) which is working to achieve the goal of ‘Housing for All by 2022’, he said.

The new systems fall under six broad categories of precast construction, hot and cold form steel construction, large formwork system, sandwich panel construction, and factory-made prefabricated system. They are being showcased by the MoHUA at six centres in the country — Indore, Rajkot, Chennai, Ranchi, Agartala, and Lucknow — under ‘Light House Projects’ (LHP) scheme under which 1,000 houses are being built in each of these cities. Prime Minister Narendra Modi laid the foundation stone of the projects on January 1 this year. He said the Prime Minister has given a call for these projects to be taken up as incubation centres by faculty members as well as students of engineering colleges, technical universities, professionals, engineers, planners, and architects.

According to Mr. Agrawal, 31% of people were already living in cities and towns in a fast urbanising India which is projected to have 590 million and 815 million people by 2030 and 2050 AD respectively. “In order to provide shelter and ensuring a decent living standard for them, India has to build 600 to 800 million square metres of urban space every year till 2030 which roughly translates into adding of a new Chicago every year.”

Mr. Agrawal said India was the second largest producer of cement in the world with the production currently pegged at 335 million tonnes (2020 figures) annually, which accounts for 8% of the total world production. “Cement production has quadrupled between 1996 and 2010 and India faces the prospect of running out of limestone (the key ingredient in cement production) by 2060 at the current growth rate,” he warned.

Vinay Gupta, President of the Indian Concrete Institute (ICI), said M.sand, bricks made out of flyash, hollow concrete blacks, dry claddings etc., are new technologies and builders ought to use them as resources are finite and the sustainability challenge has to be tackled.

Hari Prasad Rao, Head-Technical Services, JSW Cements, said the company has come up with Portland Slag Cement (PSC), one of the most eco-friendly varieties, by using slag, which is obtained from blast furnace during the separation of iron from iron ore. He said the slag comes from the company’s own steel plants. “PSC is currently produced at plants in Vijayanagar (Karnataka), Nandyal (Andhra Pradesh), Dolvi (Maharashtra) and Salboni (West Bengal). Though it has been a late entrant into the sector, with an annual production of 14 million tonnes, it is fast becoming a force to reckon with. Besides being a green product, the PSC enhances durability, is less vulnerable to cracking, and improves resistance to acid, chlorides and sulphate and fires,” he pointed out. Slag could be a replacement for river sand which is mined from the river beds damaging the ecosystem, he added.

G.H. Basavaraj, MD, Chetana Exponential Technologies, introduced EC-BC-DC (External Core-Beamless Ceiling-Dry Construction) technologies which, he said, could be the direction for design and construction of buildings. He pointed out that the technologies have found application in a 50-storey residential tower in Bengaluru. The seminar drew a large number of experts from the industry and teaching faculty. L.R. Manjunath, Chairman, ICI; R. Radhakrishnan, Genereal Secretary, ICI; Aviram Sharma; R.L. Ramesh, Hon. Secretary, ICI; and Muralidhara, Vice-Principal, BMS College of Engineering, also spoke at the seminar. 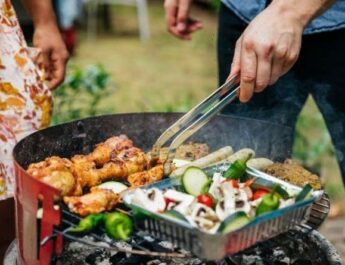 How to clean a BBQ after use: FOUR tips to prepare for every cookout

Spoilers: Two major characters leave the Bay in Home and Away 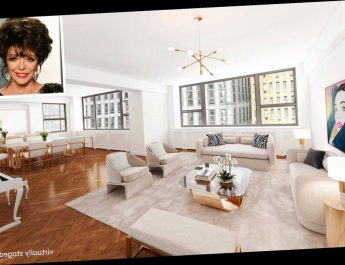