“If possible, I would have filled my house with Nepenthes (pitcher plants),” laughs Dr Payel Sarkar. At her home in Uran, Navi Mumbai, Payel grows different varieties of carnivorous plants; she also hosts workshops on these plants for school students.

Payel is among a growing tribe of carnivorous plant growers in India. Says Partha Pratim Borah from Nagaon, Assam, “There were not many growers when I started collecting these 12 years ago, but things are different now.” Partha has over 10,000 plants in his ever-growing nursery, and last year, he resigned his job to devote more time to his collection.

Besides Nepenthes, the varieties that are commonly grown and sold in India include Venus flytraps, Droseras (sundews), Utricularias (bladderworts), Pinguiculas (Butterworts) and Sarracenias (American Pitcher Plant).

Wilson C Varghese, owner of Vinay Gardens in Kozhikode, Kerala, began his tryst with carnivorous plants two decades ago, during the inauguration of Malabar Botanical Garden and Institute for Plant Sciences in his hometown. “I spent ₹1,000 to get my first. Although rodents destroyed it a few months later, I could replant it,” says 60-year-old Wilson. Today, his nursery is a leading producer of hybrid species of Nepenthes (over 30 of them), and he has a clientèle across India.

Chennai-based K Shivaramakrishnan remembers how some people made fun of him when he decided to collect the plants. “I loved growing exotic stuff and, as you know, these guys are not normal. Finally, I got a plant imported from Malaysia, for which I had to shell out ₹7,000-8000, inclusive of shipping cost,” says Shiva, a senior product engineer with Computational Brain Research at IIT Madras. He has also been running Forest Studio, an online shop, which “study, choose and sell rare, exotic and borderline endangered plant species.

Social media has played a huge role in popularising these plants. When Prajay Jervis Fernandes from Thane, Mumbai, started the Facebook community ‘Carnivorous Plants India’ five years ago, it was out of a desire to find fellow hobbyists. “The community now has over 1,600 members, and is a forum for sellers and for new growers to clear their doubts,” says the 33-year-old, whose favourite is a Nepenthes that “does not kill”. The lower surface of the lid contains a sweet sugary laxative which is tempting for tree shrews. It causes them to involuntarily poop inside the pitcher. This poop is high in nitrogen, thus providing the nutrient for the plant, he adds.

Payel, meanwhile, has her Instagram page (@traps_and_leafs) flooded with photos of the plants from her garden. The collectors note that the world of carnivorous plants is mysterious. They argue that there is more to them than what our science classes in school have let on. “I consider them intelligent and sophisticated. Even humans and animals have to go in search of food, but they get it delivered directly. Their morphological features are bizarre in the most beautiful way, and some of them have the loveliest flowers,” says N Nirmal Kumar, a gardening enthusiast from Kochi, who owns a terrarium of carnivorous plants, and runs the YouTube channel, Nandanam Exotics, dedicated to gardening. Shiva makes note of Drosophyllum lusitanicum that is fussy and Stylidium that becomes carnivorous only when they wish to flower.

Carnivorous plants are grown from seeds, from cuttings and by tissue culture. Seeds or plants are imported from Thailand, Malaysia, Vietnam, Indonesia, the Americas and Europe. Rates differ as per variety. Sundews are priced ₹250 onwards; the cost of Nepenthes start at ₹600 and can go up to several thousands. Venus flytraps and Sarracenia cost upwards of ₹700. Meanwhile, a pack of seeds cost around ₹300. “Refrain from buying seeds from unknown or unverified sellers on e-commerce platforms, as there can be fake or old seeds in the consignment,” adds Prajay.

The plants require good sunlight and the soil should be nutrient free. Coco peat and sphagnum moss are preferred options. No fertiliser should be applied. Water used should be devoid of dissolved solids or minerals. Experienced growers even create new varieties by crossing breeds through manual pollination, but it is not easy.

“Female plants are few when compared to their male counterparts and you can only differentiate them when they flower. However, flowering doesn’t happen often, and the flowers are so small that you have to use a paint brush to handle the pollen,” says Wilson.

There are varieties that require cold winters to enter dormancy stage. “Many people buy Venus fly trap because they are enamoured by its trapping mechanism. But they don’t realise that it is not a tropical plant and requires at least a month of harsh winter,” says Shiva. Creating artificial conditions, then, is the solution. While certain collectors have their own incubators, keeping them in the fridge (for at least two months) is another option.

However, the tedious process involved in nurturing the plant has not affected its demand. For instance, Lakshmi Ashok Kumar, facilitator with a learning community in Kochi, cultivated Utricularia in the small pond at her home without knowing what it was. “Now I look forward to collecting more varieties and studying about the species,” she says.

And once you get hooked, you tend to become greedy. Partha and Nirmal look forward to adding the Australian pitcher plant to their collection, even though they are expensive and need extremely cold conditions to thrive. Shiva hopes to have Pygmy drocera, which sprout and live only during winter, and a hybrid variety that has pitchers huge enough to place one’s foot till the knee!

“For me, having a carnivorous plant is the closest I can get to owning a pet,” says Prajay, adding “Since these plants are rare and some are getting extinct, having them gives me a sense of satisfaction.”

In 2013, a group of scientists of Phytochemistry and Phytopharmacology division of the Jawaharlal Nehru Tropical Botanic Garden and Research Institute in Thiruvananthapuram (JNTBGRI) discovered blue fluorescence emissions in the traps of Nepenthes, Sarracenia and Venus flytrap to lure the prey. The glow is invisible to human eye. Carnivorous plants are a star attraction at the Institute.

“We get enquiries from hobbyists and a lot of visitors to see our collection. We have 27 species that fall into eight genus. Among them are three Nepenthes hybrids that we have developed,” says Saleem M, technical officer, Orchid Biology and Carnivorous Plant Unit, JNTBGRI.

* Since they thrive in less fertile, marshy lands, carnivorous plants have adapted themselves to gain nutrients by capturing and digesting their prey. Pitcher plants have pitfall traps, while sundews capture prey with beads of sticky glue. Venus flytrap has hinged leaves like tiny jaws that snap shut around its prey. Bladderworts, primarily aquatic, have underwater traps and use a vacuum action to suck insects into the trap.

* Of the 170-plus Nepenthes varieties in the world, India is home to only one Nepenthes species, Nepenthes Khasiana, found in Khasi hills in Meghalaya and some parts of Assam. However, it is an endangered plant. 99% of carnivorous plants fall into endangered category. Some have gone extinct because their beauty and trapping mechanisms have led to large scale poaching. Shrinking habitats, due to human intervention, also destroy them.

* It is best to start with growing Nepenthes Ventrata, which can survive in any climatic conditions. Utricularia is the most common variety available in India, with over 20 types of them.

* The International Carnivorous Plant Society, set up in 1972, is a non-profit organisation comprising horticulturists, conservationists, scientists and educators from around the world to share knowledge and information about carnivorous plants.

* Seeds of some varieties take at least a month or two to sprout. Nepenthes and Sarracenia take two or three years to flower. Nepenthes Rajah found in Malaysian forests is considered to have the largest pitcher, which is 41 cm high and 20 cm wide, big enough to hold six litres of water. 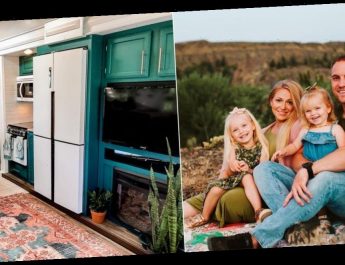 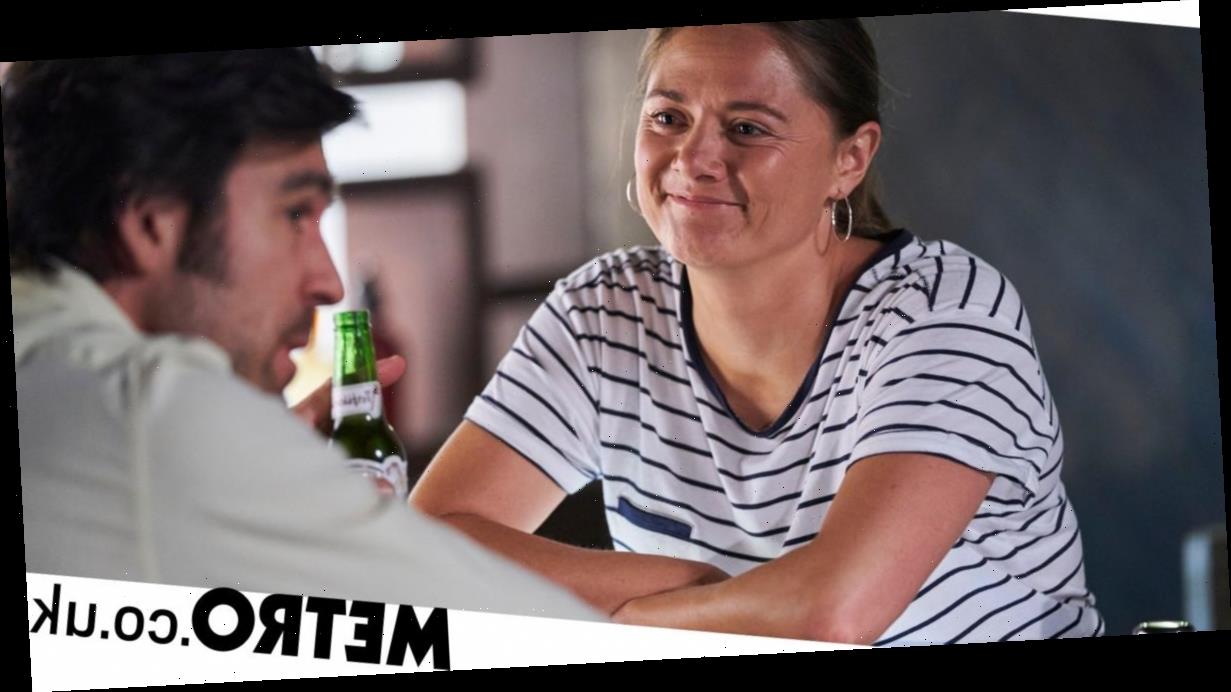 Spoilers: Romance for Ben and Gemma in Home and Away? 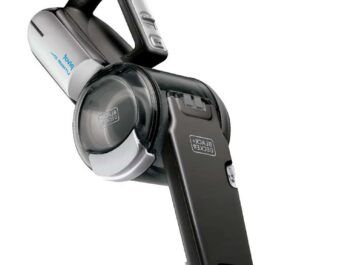