This year marks the first time the Chelsea Flower Show has been held in autumn but it seems the seasonal setting at Royal Hospital has worked wonders for designers across the board. Designer of The Parsley Box Garden, Alan Williams, has commemorated his debut at the show with a silver medal award for his sanctuary garden which promotes the idea of ‘fearless’ gardening. Express.co.uk spoke to Alan for an exclusive look into the garden and a deeper look into the meaning of his sanctuary retreat.

The Parsley Box Garden is one of two winners in the new Sanctuary Garden category for this year’s show.

Alan’s spectacular garden which aims to champion the over 60’s has been the subject of much celebrity attention at the show and was clearly deserving of the highly-coveted silver medal.

His autumnal display boasts a mixture of ornamental and edible plants to reflect the modern ‘multi-purpose’ and ‘multi-generational’ garden.

Speaking exclusively to Express.co.uk, Alan said: “If you want to grow plants and food to eat alongside each other, why not? Some of the oldest gardens – the potages were created for that.”

The inspiration for The Parsley Box

As a first time Chelsea Flower Show designer, Alan’s design has made a big impact on its audience, beyond the physical display.

Created as a place to relax, dine and entertain friends, this sanctuary garden is inspired by the concept of ageing and aims to challenge the stereotypes behind gardening.

Alan told Express.co.uk: “It is high time people started to look at their gardens as places to do what is right for them.
“It is personal and not about people judging what you do. It is a space for you and it is about having a go!

“There is a lot of elitism in garden design and I want to encourage people to put their fears to one side and simply give it a go.”

The combination of vegetables and perennials challenges the ‘elitism’ of gardening, adding that most elite designers wouldn’t dream of combining the two.

DON’T MISS:
White vinegar weed killer: How to make weed killer with white vinegar [HOW TO]
Inside the issue ravaging Camilla and Prince Charles’s Royal Garden [ROYAL]
Building industry branded ‘paralysed’ – what does it mean for YOU? [EXPLAINER]

Hidden meanings of the sanctuary garden

While The Parsley Box is an ode to our own personal take on gardening, Alan revealed the deeper meaning behind the sanctuary design.

The multi-generational aspect of his inviting design is hidden in every element of the garden, representing the concept of ageing and the celebration of the stages of life.

When speaking to Express.co.uk, Alan exclusively revealed: “The brass planters are specifically aged to allude to maturing with grace and beauty.”

Other unique features of the garden include:

With a huge focus on pollination and sustainability across a host of this year’s designs, Alan has incorporated these very aspects into the complex yet effortless design.

Speaking of giving the garden a ‘horticultural hug’, Alan told Express.co.uk of the importance of embracing the space in our gardeners.

The garden offers everything from pollinator-friendly flowers to pleached pear trees and fragrant herbs.

Inspired by the Nordic restaurant, Noma, Alan has touched on the concept of sustainability through the home-grown crops planted in the garden – a design feature that can be easily replicated in your own garden.

As Designer and Creative Director of Form Plants, Alan Williams originally started his career as an interior designer.

Having made the leap to gardening in 2011, Alan is no stranger to the art of floristry and garden design. He’s even dressed the stages of various RHS shows including the Hampton Court Palace Flower Show.

His attention to detail when it comes to the garden’s brimming borders and diverse range of plants pays tribute to the notion that gardening is something everyone should have a go at. 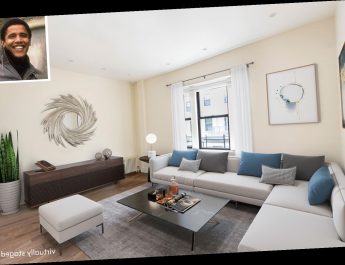 Barack Obama's Former NYC Apartment Near Columbia University Is for Sale for $1.5M — See Inside! 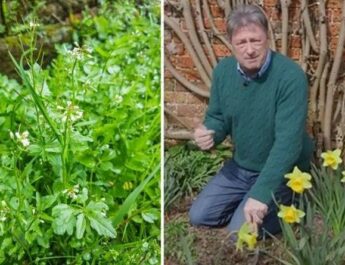 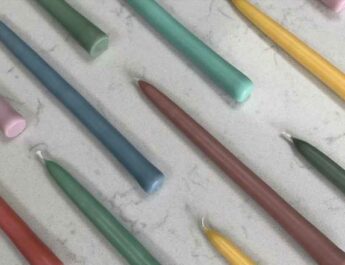