Chip and Joanna Gaines are dropping another special delivery out of Waco!

To tide fans over until the launch of the Magnolia Network app on July 15, the HGTV alums have handed over another 45-minute special to whet viewers appetites. Breaking New Ground: Expanding the Silos is all about the impressive addition the Gaineses made to their shopping and dining destination and follows the couple from fall 2019, when they first dreamed up the expansion, to its opening in October 2020.

In the exclusive clip above, Chip explains the inspiration for the project. "The more successful the business became, Jo and I's passion was for the experience for the guest," he says. "We started planning on expanding the footprint of the Silos and we're excited to give people more things to experience and to see when they're here to visit us in Waco."

Adds Joanna of the tens of thousands of visitors who make their way to the city each year, "They're coming to our hometown, Waco, Texas. That felt like such an honor, so we want to host these people well." The Silos, which opened in October 2015, was already home to Magnolia Market, the Silos Baking Co., Magnolia Table restaurant, the Seed & Supply garden store, and a food truck park. The expansion would take it from 2 acres to more than 5 — a full city block — according to D Magazine, and add numerous new features including the Magnolia Press coffee shop, a furniture showroom, a Wiffle ball field, a historic church that the couple relocated to the site, and a miniature village of six new themed shops carrying everything from leather goods to women's clothing to children's toys. The show also offers a unique glimpse at the stars' home life with kids — Drake, 16, Duke, 12, and Crew, 2, and daughters Ella, 14, and Emmie, 10 — who grow up over the course of the episode, which documents the Gaineses' growing empire over nearly two decades.

"This town has supported us. They've gotten behind our dreams. It's home," Joanna explains of their decision to continue to invest in the city. "Waco has a special place in Jo and I's hearts because it's become an adopted part of the family," adds Chip. "We love this community. We love the history. We love our business as it relates to this town. They're really interwoven."

The couple opened their first retail location in the city back in 2003, shortly after they got married, spending an entire summer renovating what they affectionately dubbed "the little shop on Bosque." (It's now an outlet for discounted Magnolia goods.) Joanna jokes in Breaking New Ground that she has one item left on her to-makeover list for the site: "The next project is the silos themselves, and then I promise we're done."

However, the Gaineses have one more big local addition already in the works: a hotel. "It bridges what we're most passionate about—home, hospitality, and restoration," Joanna wrote in a blog post announcing the news in October 2019. They have not yet shared an opening date for the property. Since they first revealed that they would be returning to TV with their own network in November 2018, seven months after Fixer Upper aired its bittersweet finale on HGTV, the renovation stars have been hard at work developing a full slate of new original series.

Magnolia Network was originally intended to premiere in October 2020, but due to significant production delays caused by the ongoing Covid-19 pandemic, the launch was pushed to "early 2021" and then January 2022.

WATCH THIS: Joanna Gaines: 'My Korean Heritage Is One of the Things I'm Most Proud Of'

In the meantime, Magnolia Network's parent company Discovery Inc. announced in February that they will first debut a Magnolia app on July 15, 2021. The app will include access to the first full seasons of Fixer Upper: Welcome Home and Joanna's cooking show Magnolia Kitchen, as well as the full Fixer Upper archive, and several of their new shows, including Growing Floret, The Lost Kitchen, Homegrown, Family Dinner and Restoration Road with Clint Harp.

The company's streaming service Discovery+ is currently airing previews of several of the new Magnolia shows, including the first four episodes of Welcome Home and Magnolia Kitchen, and single episodes of many others. 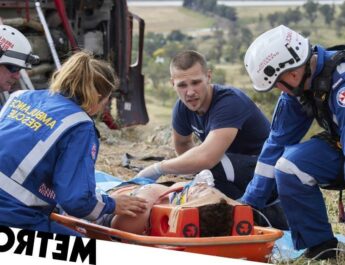 Spoilers: Dean, Mia and Nikau in car crash horror in Home and Away – who dies? 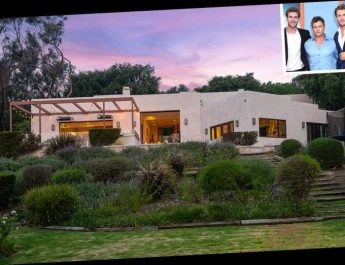 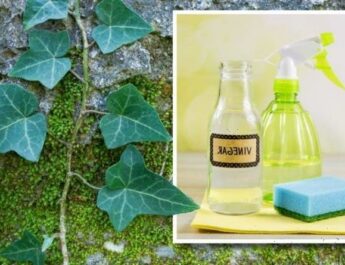