Christina Anstead is heading off the coast with a major post-split purchase — a yacht!

The Christina on the Coast star, 37, recently bought a sizeable yacht sharing a photo of herself next to the boat on Instagram on Wednesday. In the photo, she’s raising both arms in the air in celebration, and holding a bottle of champagne in each hand.

In what seems to be a nod to her recent separation from her husband of less than two years, Ant Anstead, she named the vessel, "Aftermath."

In the caption, she tagged Prestige Yachts, a luxury boat maker, and Sun Country Coastal, a yacht dealership based in her hometown of Newport Beach, California. As with all her social media posts since she announced the split, comments on the photo have been turned off.

Christina's boat is a Prestige 520: a 52-foot motor yacht that can sleep up to seven people, according to the brand's website. Christina announced she and the Wheeler Dealers host, 41, had split on September 18. The former couple share one-year-old son Hudson, who was born in September 2019, less than a year after they tied the knot in December 2018 in a surprise backyard ceremony. The Flipping 101 with Tarek El Moussa host also owns a luxury yacht: a 50-foot Sea Ray Sundancer 510", according to the Los Angeles Times. In June 2017, El Moussa told PEOPLE that he had given his boat a new moniker in the wake of his divorce from Christina.

“It used to be called ‘Flip or Flop.’ I recently changed it to ‘Bad Decisions’ because apparently, I’ve made a couple,” he told PEOPLE at the time, promising that he and Christina had “laughed about” the swap.

"Bad Decisions" recently played a major role in what seems to be a good decision for the house flipper.

It was on the boat that El Moussa first met his now-fiancée, Heather Rae Young, 32, who stars on Netflix's Selling Sunset, on July 4, 2019. They got engaged on July 25, 2020, while on a boat trip to Catalina Island, California, not far from the marina where they first met.

We are used to getting “photo bombed” on land but on the water ?‍♂️?‍♂️?‍♂️ @davebock @troy.joshua ???. . We had a great day on the water yesterday celebrating a friends birthday with some of the cast members of Heathers show. . Today we are being LAZY with a whole bunch I of Netflix and chill?…and of course Junk food!!! (For me not @heatherraeyoung ?) . How’s your weekend? Anything fun to share? .

On September 26, a week after announcing her split from Ant, Christina took to Instagram to tell fans that they don’t know everything about her and her life and ask for their compassion.

A few days later, Christina’s best friend and publicist Cassie Zebisch told PEOPLE, “Even though this is a really difficult time for Christina, she’s doing her best to tune out all the noise and focus her energy on her children and her work.”

Zebisch added that Christina has been focusing on “creating her own happiness and she remains positive while she surrounds herself with people who are uplifting her and letting her know she’s going to be okay." 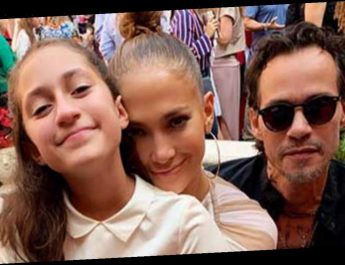 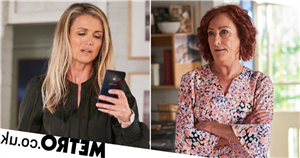 Spoilers: Susie knocks Irene out with chloroform in Home and Away