Home » Homes and Gardens » Christina Anstead Is 'Creating Her Own Happiness' amid Split From Husband Ant, Says Best Friend

Christina Anstead’s best friend is speaking out about how the HGTV star is doing amid her split from husband Ant Anstead.

“Even though this is a really difficult time for Christina, she’s doing her best to tune out all the noise and focus her energy on her children and her work,” Cassie Zebisch, Christina’s longtime best friend and publicist, tells PEOPLE exclusively. “Even during the most challenging times, her resilience continues to inspire me every day.”

On September 18, the Christina on the Coast star, 37, shocked fans when she posted a statement announcing that she and her Wheelers Dealers host husband, 41, had separated. The pair had been married less than two years, and have a 1-year-old son, Hudson London.

Zebisch shared that Christina has been focusing on “creating her own happiness and she remains positive while she surrounds herself with people who are uplifting her and letting her know she’s going to be okay."

“Her children are happy and healthy and that all that matters,” Zebisch added. “She’s really taking this time to focus on what’s important in her life and she knows that she has tremendous support from all her close friends and family. Despite the false stories that are continuing to circulate about her with unnamed sources, she is doing her best trying to ignore it.”

Both Christina and Ant have recently spoken out about the messages and comments they have been receiving since news broke of their split.

On Monday, Ant asked fans to keep their opinions to themselves after he shared a black-and-white photo of himself and Hudson to Instagram and comments quickly came pouring in from fans offering advice about his and Christina's relationship.

Within a few hours of posting, he turned off all comments and amended the caption to read: “This was a father-son moment! But due to some mean people I have turned comments OFF! While we both appreciate words of support, Please stop trying to diagnose from afar. It’s not fair."

He continued, "Christina is fine. I am fine. And we remain good friends and will navigate this at our pace. Compassion and kindness is all that’s needed. X.”

Last week, the mom-of-three took to her Instagram Stories to share that she decided to do a mass unfollow on the app so that mean-spirited commenters can't find her friends and family members. She is currently following zero people.

On Saturday, Christina shared a post to her Instagram page with a lengthy caption, telling fans that they don’t know everything about her and her life, and asking for their compassion.

Christina and Ant began dating in October 2017, less than a year after Christina’s public split from El Moussa in December 2016. Her divorce was finalized in January 2018, 11 months before she wed Ant at their home in Newport Beach, California.

On Sunday, Ant spoke out about the split for the first time.

″Anyone who really knows me knows that I don't like to share private matters publicly. I have remained silent while holding on to hope. I never gave up on us. I pray Christina's decision brings her happiness," Ant captioned a black-and-white selfie of him and the HGTV star.

Anyone who really knows me knows that I don’t like to share private matters publicly. I have remained silent while holding on to hope. I never gave up on us. I pray Christina’s decision brings her happiness

The former couple welcomed their first child, son Hudson, in September 2019. A source recently told PEOPLE that the pair had been struggling with their relationship for a year following their baby boy's birth.

The Christina on the Coast star was left feeling ″lonely and unhappy″ with her home life, the source said, adding that ″Christina found it difficult to balance everything" and "their marriage was struggling." 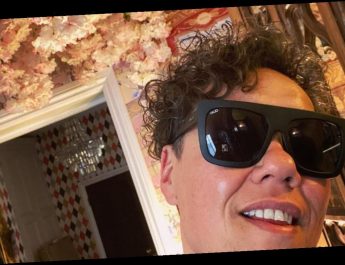 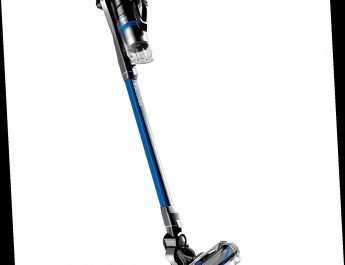 Amazon’s Dropped Early Presidents Day Deals on Vacuums, Steam Mops, and More — Including a Dyson for $100 Off