Christina Anstead has reverted to her maiden name amid her divorce from husband Ant Anstead.

The 37-year-old HGTV star — who announced her split from Ant, 41, in September after less than two years of marriage — recently switched up her Instagram profile, changing her name in the bio to read "Christina Haack."

However, as of Tuesday, her handle on the social media platform remains @christinaanstead. RELATED: Ant Anstead on Split from Wife Christina: 'I Think Everybody Knows This Was Not My Decision'

Christina and Ant began dating in the fall of 2017 and were wed in a surprise backyard ceremony in December 2018.

The Christina on the Coast star officially filed for divorce and joint legal and physical custody of their 1-year-old son Hudson in November 2020, a month after announcing her separation from the Wheeler Dealers host.

Prior to officially filing for divorce, Christina — who also shares son Brayden James, 5, and daughter Taylor Reese, 10, with ex-husband and Flip or Flop costar Tarek El Moussa — reflected on the fallout, saying, "I never thought I would have one divorce let alone two."

"I never thought I would have 2 baby daddies – but sometimes life throws us curveballs," she wrote on Instagram in September, adding that "instead of getting stuck in these 'setbacks' I choose to use look at these challenges as opportunities to grow."

"So while some may judge me and throw around rumors about me, most of you support me. And that says a lot about this world and where we are headed," Christina wrote. "I'm messy, I'm real and I'm working on healing. I'm surrounded by extremely powerful women who help me cope, build me up and push me to be better."

In December, Ant opened up to PEOPLE about the couple's shocking split, sharing that it "really hit me hard."

"The impact on me, my sleep, my diet, my stress, it showed," the British TV host, who lost more than 20 lbs. following the split, said. "But I reached this turning point where I was either going to dwell in the darkness or I was just going to slap myself around the face a few times and say, 'Wake up; you're incredibly blessed. Focus on all the great things.' " 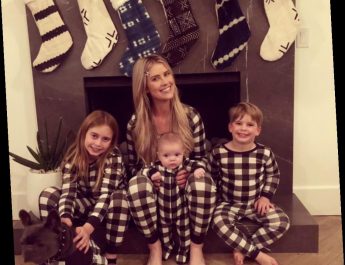 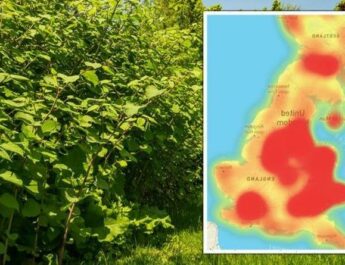