Christina Anstead is sharing some behind-the-scenes of ex and costar Tarek El Moussa.

Christina, 37, shared a video that she surreptitiously filmed while Tarek, 38, was putting the final touches on his look, ostensibly before heading off to film one of his shows for HGTV.

In the short clip, Tarek can be seen reclining in a van as he powders his face with Pink Dust Cosmetics compact. After commenting on the long day they have had so far, Tarek closes the compact and starts to gather up his things.

"Okay, I look beautiful, let's go!" Tarek says in the clip upon finishing powdering his cheekbones.

When he hears Christina giggling off camera, he looks up and blocks the camera with his hand.

Christina opened up about her relationship with Tarek on Wednesday's PEOPLE Now, sharing that the friendly exes are "in a good spot."

"Our priorities have always been the kids, and will always continue to be, and that’s just what makes things go the smoothest," she said. Christina and Tarek share son Brayden, 4, and daughter Taylor, 9.

The HGTV stars split publicly in December 2016 and finalized their divorce in January 2018, and have both entered new relationships since while continuing to film Flip or Flop together. They both also have solo shows on the network.

On his Instagram Story Wednesday, Tarek gave fans a sneak peek at a house undergoing renovations for Flip or Flop, promising that a new season will be premiering soon.

12 vintage home accessories to give your place unique charisma 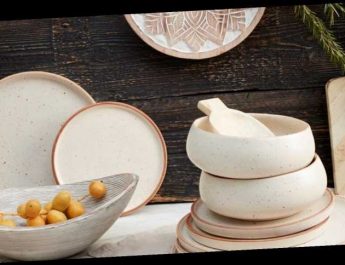 These neutral ceramics are a rustic tableware game-changer 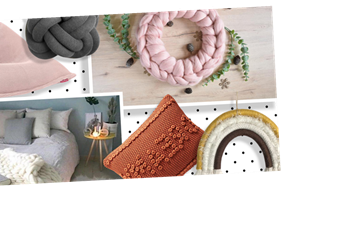