Victoria and David Beckham had been isolating at their second home in the Cotswolds, but the couple, along with their four children Brooklyn, Romeo, Harper and Cruz have officially returned to their £31million house in London.

On Tuesday, David took to Instagram with a video giving a clear view of their incredible kitchen as he gave their three pet dogs a treat each.

“Yes my wife posted a similar video,” he captioned the clip. “But I feel mine’s better and more detailed. And yes my dogs love digestives (who doesn’t), plus they are trained so well. Also, apparently the way I say girls (gurls) is funny to some. @victoriabeckham @romeobeckham @cruzbeckham #HarperSeven and don’t worry I’m looking after Fig @brooklynbeckham.”

One day prior on Monday, Victoria shared a similar video of David with dogs Olive, Sage and Figgy, and the caption, “@davidbeckham the dog whisperer.”

The couple have also shared a selection of photos inside of the kitchen before now.

David Beckham inside his kitchen

When David whipped up a meal for the family, Victoria photographed him at the hob with a saucepan, showing that the room is equipped with a traditional black AGA oven, a Dualit toaster and a flatscreen TV mounted on the wall. It’s designed with stainless steel splash back panels on the walls, wooden floors and black cupboards.

The kitchen has a wooden island unit

Another image of Victoria in the room revealed a wooden island unit in the middle, and black leather stools with wooden bases. The space has grey marble worktops, and coordinating grey utensils.

Elsewhere at the property, the family have their own private gym, a wine cellar, and separate quarters for their eldest son Brooklyn and his new fiancée Nicola Peltz to stay in. Victoria and David spent an estimated £8million on renovation work at the home in 2016, and it is now believed to be worth approximately £31million. 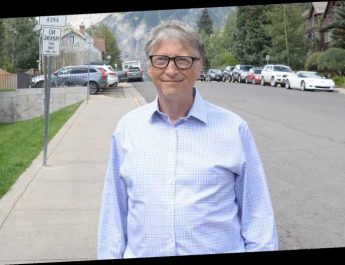 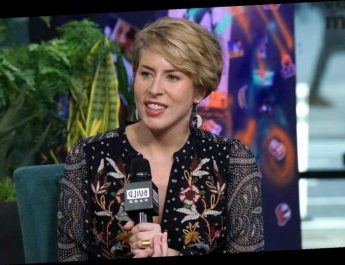 Erin Napier Says ‘Grief’ From COVID Is ‘Too Heavy’: ‘It’s Beginning to Feel Like Part of Me Now’