Home » Homes and Gardens » Diwiks speakers: Oleander for your ear

How Diwik Singh Chhalani’s superior speakers, featuring wood from his garden, are finding many takers

Spending much of 2020 at home also meant that we began paying extra attention to product design, from the kitchen sink to that chaise longue that turned out to be more sculptural than comfortable. Diwiks, a five-year-old luxury speaker brand with ‘Remade in India’ as its tagline is one example where the product doesn’t stop with checking only the art and design boxes. Diwik Singh Chhalani, 37, says his handcrafted speakers, 75 so far, have seen customers pleasantly surprised by their superior sound as well. Essentially via word of mouth, the speakers have been sought after by designers, industrialists and art collectors, with the most recent consignment going out from the studio in Bikaner to each of the five family members of a well-known Mumbai businessman.

A piece that is under construction | Photo Credit: Ashish Rehi

With only 12 made in 2020 as part of the Art Deco Meets 2020 collection, Raw Mango’s Sanjay Garg is another client patiently waiting for his Diwiks speaker. “There is a void in terms of design in this country. We live in the world of craft, yet it is still a rare marriage between design and craft,” the designer explains, when I ask him what prompted this purchase. As for Chhalani, the former advertising professional says sound was never going to be an afterthought for these speakers. “Our sound system and components are exclusively designed for us. It is a proper stereo set-up where you can enjoy pristine two channel sound. Our kevlar cone woofers and silk dome tweeters are powered by a highly efficient class-D amplifier and a toroidal transformer,” he elaborates.

The Art Deco Meets 2020 line was inspired by a haveli that stood opposite his childhood home in Bikaner but was razed down this year. Built in the art deco style, Kasturi Nivas was the erstwhile home of Rai Bahadur, a companion of maharaja Ganga Singh of Bikaner, and Chhalani used the reclaimed wood from its doors and windows to create his speakers.

With a surge in demand during the pandemic, he began paying more attention to details like the inlay work on the Burma teak speakers. “I had this idea of using oleander wood from my garden, which I had planted myself in 2016. It is a craft traditionally seen in Rajasthan’s havelis, and my artisans are well versed with it,” he says.

A bit embarrassed about using the much-abused term ‘sustainable’, he recalls how he began by restoring old radios but did not want to buy new wood. “I am not going to use materials that are not environment-friendly. I would rather take wood that is salvaged and good for another 100 years. There is the motivation to make something that outlives us,” he continues. Incidentally, while his clients and friends include turntable collectors and musicians like DJ Nas, Chhalani admits that his go-to album to test sound was the soundtrack from Delhi-6, thanks to its wide range, from upbeat to lyrical. A refreshing confession, indeed. With ₹1.5 lakh as the average pricing, this device will see a rising demand this year. Hopefully, it will also inspire other successful design+craft experiments from across the country. 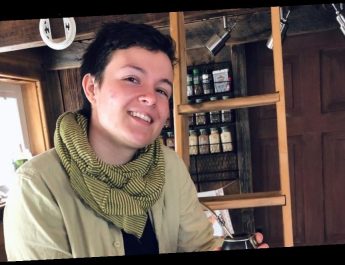 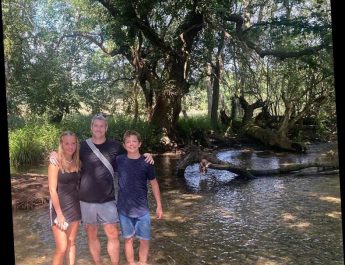 Ant Anstead Finally Reunites with His Kids in the U.K.: 'Worth Every' Second of Quarantine 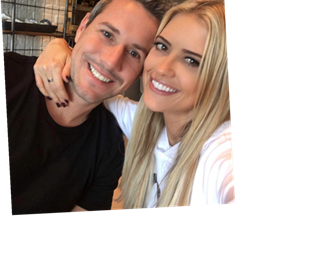 Ant Anstead Asks Fans to ‘Stop Trying to Diagnose' Reason for Split from Christina: 'It's Not Fair'