Flying ants have been spotted across the UK, with swarms of the creatures seen hitting off windows, landing on cars and generally irritating Britons. These invasive insects are usually spotted towards the end of summer each year, with changes in weather triggering their flight from their colonies.

Flying Ant Day falls each year and is typically a time when swarms of flying ants can be seen swirling through the air, landing on trees, grass, homes and cars.

These bugs can be irritating and cause mayhem, with flying ants from multiple colonies conjoin to breed mid-air.

These annoying bugs are sometimes called alates, and are the fertile male and female ants – their intention is to leave the nest to reproduce and start a new colony. 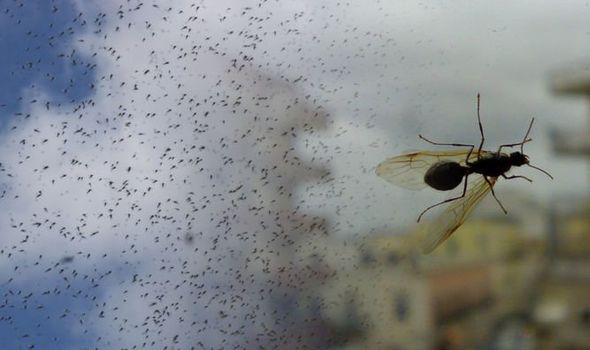 With a number of sightings – and complaints – of flying ants, it could be argued flying ant day has arrived.

A number of social media users have been recording their horror at the flying insects.

One Twitter user wrote: “I don’t know who needs to hear this but it’s flying ant day. STAY INDOORS” 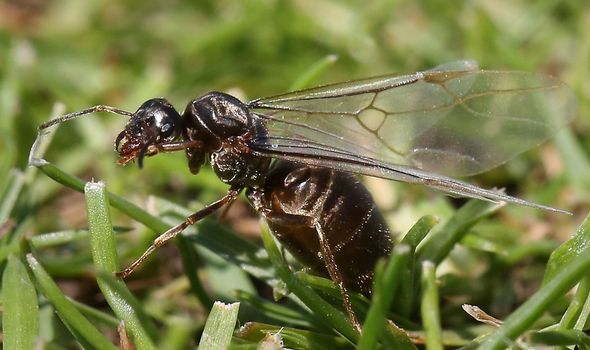 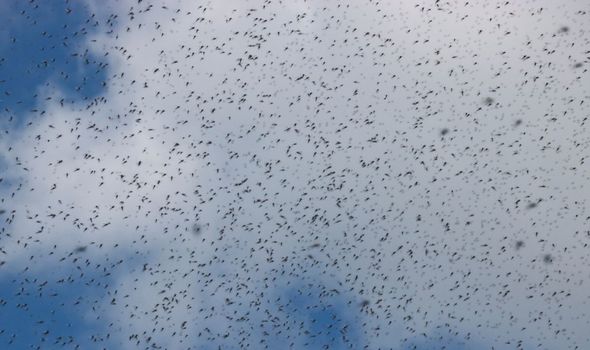 Another said: “the flying ants are out in force today! Hideous creatures.”

While a third wrote: “It is flying ant day here in the UK and i’m deadly scared of ants i’m really not having a great time”

Why do flying ants swarm?

Flying ants swarm during the summer months, and this is thought to be due to the temperature, humidity and wind conditions being just right for them.

According to Rentokill: “In the insect world, swarms of insects such as flying ants, termites and some species of bees are referred to as nuptial flight, and is the most important phase of the reproductive cycle.”

However, it is not known as to why ants swarm in summer rather than spring.

After the ants have successfully mated, the male flying ant dies and the queen locates a new place to start her new colony.

They then start working on building the nest, with the location for this new nest depending on the species. 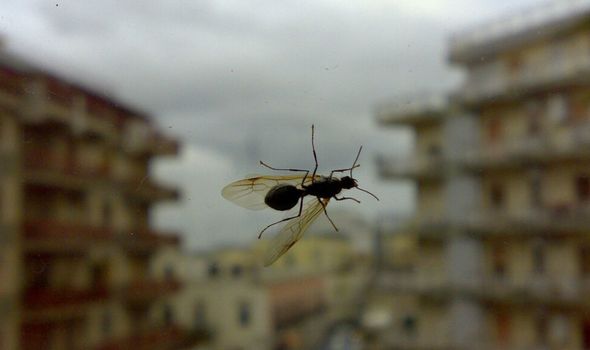 For example, Rentokill reveals flying carpenter ants will find a piece of timber to inhabit while garden ants will build their nest in the ground.

Once a suitable nest has been found the new queen will shed her wings and begin creating a new colony.

If she is successful, the first batch of eggs will be laid and the new queen will look after the young until they develop into worker ants.

The swarms of flying ants occur in such large numbers to make sure the survival and growth of the species.

Many of the ants won’t survive past the day due as they are easy prey for predators such as birds.

If you want to get rid of flying ants around your home, one easy home remedy is dish soap.

In a spray bottle, mix water with two to three squirts of dishwashing soap.

Spray these over the ants, and the soap will adhere to their bodies, dehydrating them. 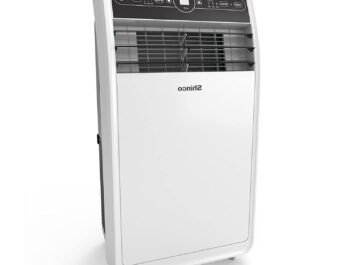 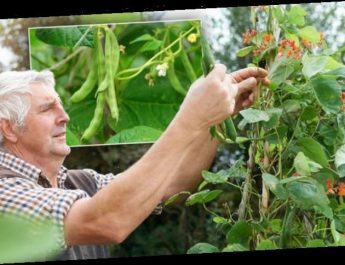 When to plant runner beans 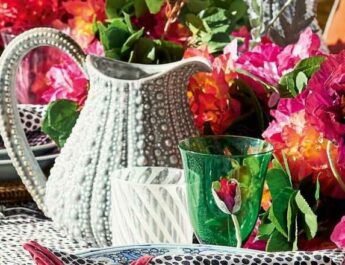