Flying ants have descended on parts of the UK this weekend with millions reporting seeing masses of the winged critters flying around. Every year, billions of these insects take to the skies on what has been named Flying Ant Day. But as these winged pests are spotted across the country, many people are concerned about whether or not they bite.

Flying ants often seem to appear on the same day in different locations in the UK, which has been named Flying Ant Day.

This day has been thus named because it is when the males and new queens leave their nest to mate.

Many ant colonies undertake this on the same day when conditions are just right. 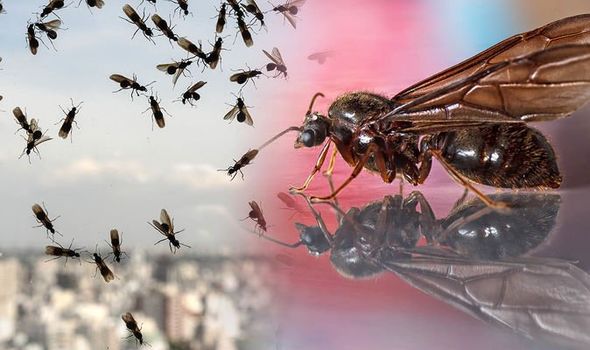 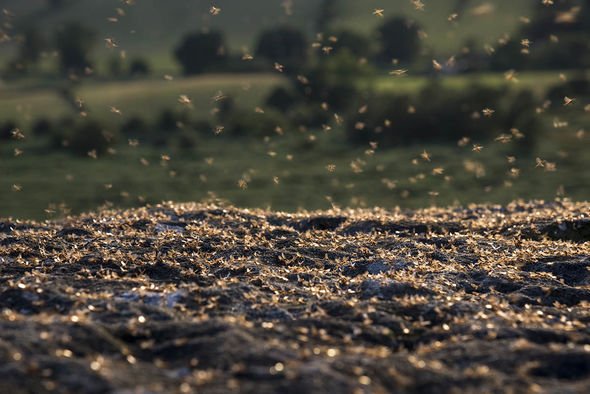 The conditions must be right to encourage flying ants to take to the skies in their hordes.

Weather is one of the most important factors with flying ants tending to enjoy an average temperature of 25C.

In addition, the wind speed must be relatively calm for the flying ants to take flight. 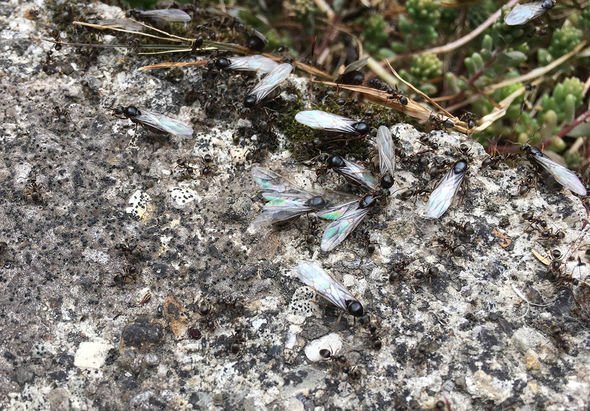 Are flying ants dangerous and do they bite?

While huge swarms of flying ants can be an intimidating site, they are relatively harmless.

When they take flight for Flying Ant Day they only have one purpose on their minds: mating.

This means they are unlikely to pose any danger to humans because they are single-mindedly focused on that mission.

Flying ants are very unlikely to bite, but some flying and have been known to do so.

However, flying ants found in the UK very rarely bite or sting people.

In the worst-case scenario, if a person is bitten by a flying ant they may develop a pale pink mark on their skin after they have been bitten, but it is unlikely to linger for a long period of time. 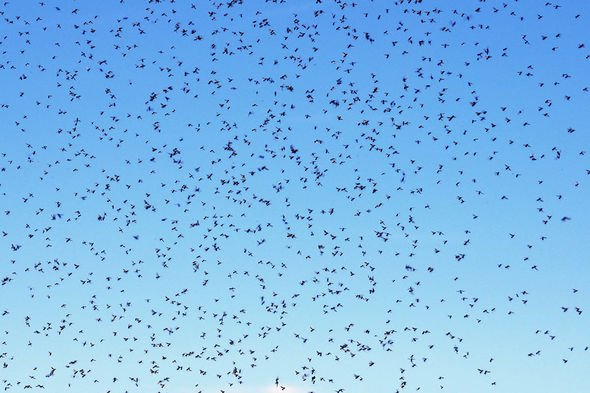 While flying ants are not dangerous, those living in coastal towns do have to be aware during Flying Ant Day for one reason: seagulls.

Reportedly, seagulls have been known to “get drunk” feasting on flying ants.

In previous years scores of seagulls have been seen gathering in masses in Brighton across roads, caring little for the cars hurtling towards them.

How to get rid of flying ants

If you leave flying ants alone, they should disappear within a few days.

They are in fact beneficial for outdoor environments as they help to aerate soil, cycle nutrients, control pests and improve garden fertility.

But for those who have an infestation in their home, these are the best easy in which to deal with them: 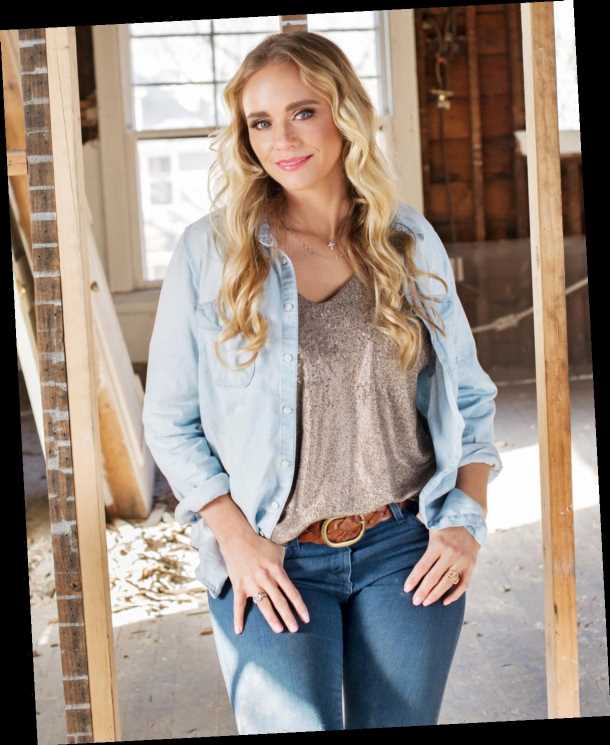 How Bargain Mansions’ Tamara Day Went from Stay-at-Home Mom to HGTV Star: ‘I Still Pinch Myself’ 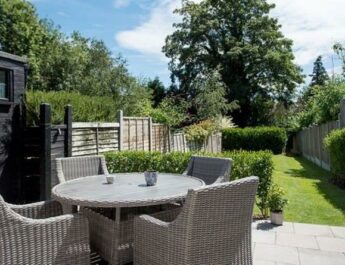 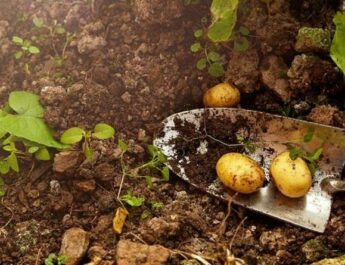