Home » Homes and Gardens » From Tyler Meyerkorth to Jenni Pulos, Everyone Jeff Lewis Has Parted Ways With from Flipping Out During the first-ever episode of Flipping Out in 2007, Lewis went off on Wiwi for pulling over to answer his phone for a personal call during business hours. “When you pull over to take personal phone calls, you’re taking advantage of my time,” Lewis said. “You could be working on the to-do list.” He fired him shortly thereafter. “No, I’m quitting,” Wiwi said during the confrontation, to which Jeff responded, “I fired you before you quit, so you’re fired.” Lewis’s infamous flip out with Bowman because he kept asking for no onions with his meal was ultimately the downfall to this professional relationship. Bowman often complained about taking out the trash and cleaning up feces from a construction site, which Lewis said were attitude issues that led to his termination. Jenni Pulos’ ex-husband was fired during season 2 of Flipping Out after Lewis installed a camera to see who had been going into his office and messing around on his computer. “This is not okay,” Lewis said. “This is not something I think we can undo. And I have decided at this point I have to fire you.” Originally, Keslar was dubbed “the new Chris” by Lewis and he considered using him to replace Elwood, but when Keslar realized there wasn’t any room for growth within the company beyond assistant, he amicably left the company. “I really wanted to be the assistant that he needed, but the requirements of the job without some benefits to learn the business just weren’t worth it,” Keslar said. Lewis apologized to Keslar and admitted to being insensitive sometimes, but ultimately he still quits. “It sucks,” Lewis said. After being hired as an intern right out of design school and later promoted to associate designer, Lehnhoff was let go after Lewis and his partner, Gage Edward, went through his computer history to learn he’d been working on a personal project during business hours. Even family isn’t safe from a Lewis firing. Even though he said it was one of the hardest terminations, he ultimately fired his sister-in-law because she was stressed and unhappy, which led to her making too many mistakes, including forgetting to write a budget for a client. He pullde out a file of her infractions and said that even though it isn’t completely full, it’s nearly there and he let her go. Although Lewis once described Pink as “the best house assistant ever,” he ultimately parted ways with the company sometime between seasons five and six to pursue other opportunities. After working as an intern for Jeff Lewis Design, she left during season 6 to pursure a career with Dunn Edwards Paints. After Lewis caught Coleman in a series of alleged misrepresentations, including discrepancies on his resume, where he lived and whether or not he owned his apartment, Lewis approached Coleman to make sure he wan’t a “compulsive liar.” This sparked an explosive episode, in which Coleman told Lewis that what he’s asking him to clarify is none of his business. “He said it’s none of my business, but it is my business when you lie to me,” Lewis said before telling Coleman he was starting to doubt everything he’d ever told him. “Then doubt it,” Coleman responded. “It was nice working with you. Coleman subsequently took off his mic and dropped it on the table before walking out, slamming the door, and speeding off in his car as he threw his parking permit out the window. Initially, Lewis hired Potts as a project manager before he moved into a role as office assistant. Potts later became Jeff’s housekeeper Zoila’s assistant. But after seven months of attempting to find a place at Jeff Lewis Design, he was fired. “I created this position for you that I don’t really need,” Lewis said before telling Potts he was being let go. “And that just made me sad. It made me feel bad.” Ryan was granted perhaps one of the most amicable departures on Flipping Out after he left to keep working with his former employer, Kris Jenner. Lewis threw Ryan a going away dinner on his last day, and Edward cried as he said an emotional goodbye to Ryan. “I could say right now, ‘I’m leaving.’ And he wouldn’t f—ing cry,” Lewis said. “But Matt says ‘I’m leaving’ and it’s just tears. Tears and hysteria.” After working as Kendall and Kylie Jenner’s assistant for four months, Leon was hired as a design assistant for Jeff Lewis Design. However, Lewis frequently teased Leon about attending music festivals and failing the ultimate test of singing “glow sharks.” She never showed up for work during the premiere of season 10. After working at Jeff Lewis Design for 89 days, Taylor (right) decided to send Lewis and Edward a performance review at 12:14 a.m., which began: “I’m approaching 90 days and thought now would be a good time to share with you both where my head is at…also we didn’t talk much about bonus structure when I was first hired.” Lewis wasn’t having it, and responded by saying “Gage and I have read your email and we decided to terminate you’re employment effective immediately. Thank you for your 90 days of service.” Taylor got very offended when he was fired and sent him a nasty e-mail in response, telling Lewis to “Go f*** yourself, Jeff. You’re nobody. I fear for your daughter and her bleak chances of growing up to be a decent human being. I feel sorry for Gage too.” Despite Lewis saying he understood her decision to leave and begging her to stay, Alfaro ultimately decided to leave and pursue her own business ventures. “If you want to ask for the moon, go ahead,” Lewis said during season 10. “When you have a good employee, you fight for them. I have to walk away from this knowing I did everything I could. This is it, this is a last ditch effort.” Lewis’s trusted housekeeper of 18 years retired in August 2017. “It’s been kind of rough,” Lewis told PEOPLE in a phone interview of their parting. “I’m happy for her new life, but of course we were sad over here and we miss her.” Over the years the pair had some serious ups and downs. In season 9, Lewis threatened to fire Chavez for walking out while he was preparing for a business trip. “You better think real carefully about what you’re doing right now because there’ll be no going back,” Lewis warned her in a tense voicemail during the show. “And I promise you—there’ll be no going back.” He didn’t end up firing her at the time. On September 6, PEOPLE exclusively reported that Pulos and Lewis had ended their 20-year friendship. “They found fame together so there was always this thought that nothing could tear them apart, but that hasn’t been the case,” a source told PEOPLE. “They’ll never come back from this. It’s over.” Lewis addressed the issue on his SiriusXM radio show, Jeff Lewis Live, claiming that Pulos filed a complaint for “abuse and victimization,” and he was cleared of those claims before she allegedly reported him for wrongful termination. “Her making this claim, it put my entire career in jeopardy,” Lewis said. “My family, my livelihood, everything.” Pulos will appear in season 11, which premieres Tuesday, September 11 at 10PM. On September 30, PEOPLE reported that Lewis had fired Meyerkorth, his design assistant of four years, after a falling out over a potentially shady sofa purchase. Lewis addressed the issue on his SiriusXM radio show, Jeff Lewis Live, explaining that he believes Meyerkorth secretly bought the piece of furniture for someone who was not a client of Jeff Lewis Design, but rather a friend or personal client he’d taken on outside the firm.

“I had an employee who was really loyal and I have a lot of respect for, who I consider a friend,” Lewis said. “I had to let the employee go. It was very traumatic.” Despite the accusations, Lewis still praised Meyerkorth’s work and credited him with sticking by the reality star while he was going through a difficult time. 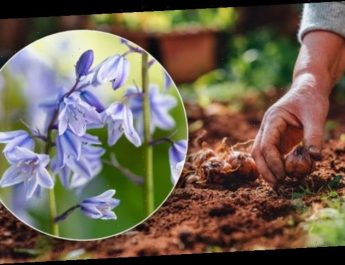 When to plant bluebells 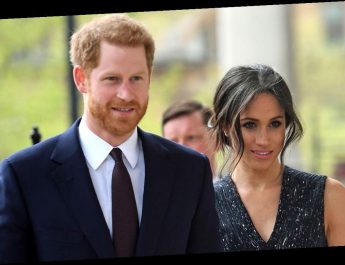