Charlie Dimmock and brothers Harry and David Rich met a family looking to transform their garden into a pirate-themed paradise. The family-of-three wanted to create a nautical themed garden in memory of Liz’s father who was known as “The Pirate”. With a £4,500 budget, Charlie and the Rich Brothers had their work cut out for them trying to create a design that the family would love.

The family ended up choosing David and Harry’s outlandish design which included a kraken-shaped topiary hedge, a lagoon pond, a beach and a pond plank.

Charlie said the Rich brothers had decided to choose marginal pond plants which grow in the shallow edges of ponds.

The plants are often in baskets and can add a splash of colour to the edge of the water.

“They’ve gone for this equisetum hyemale which looks like green bamboo but is totally hardy in the UK.

“This is actually a canna but will need to be taken in in the winter-time because it’s not totally hardy.

“These make my life really easy because they’re already potted up in baskets with gravel on top so I can just pop them in [the pond].”

Charlie popped the plants in the shallow edge of the pond.

Next, the gardening expert shared how to plant the “most glamorous” pond plants.

She continued: “Last to go in and probably one of the most glamorous pond plants – water lilies.”

Some of the leaves on the water lilies had drooped and turned a bit brown.

Rather than leaving them like this, Charlie suggested simply snapping the stalks off.

She said: “When you see leaves like this going over, just pull them off.

“I’ll pop that one in the shallow water because that doesn’t get quite so big.

“Then we have a nice white water lily. You’re basically wanting about half the pond covered with leaves.

The Rich Brothers spent almost £150 on plants for the “lagoon”.

Liz, Geoff and their daughter Lois were speechless when they saw the finished garden design.

Liz said she has never been “lost for words” until she saw the garden.

Meanwhile, Lois said it was the “coolest pirate garden ever”. 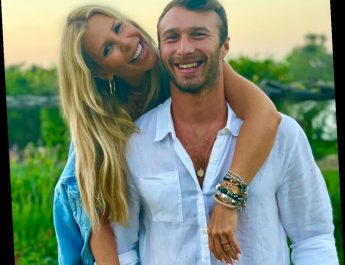 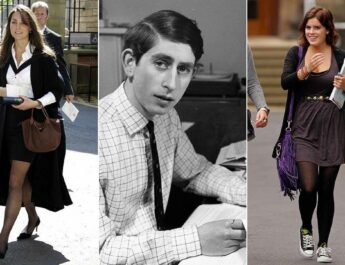