Home » Homes and Gardens » Gardeners’ World: Nick Bailey shares how to sow lettuce for ‘six to eight weeks’ of crops

This week on Gardeners’ World, lead presenter Monty Don was absent from the show. However, gardening experts Carol Klein and Nick Bailey celebrated truly unique gardens up and down the country including beach gardens and city spaces. During the show, Nick Bailey showed viewers his own city garden where he had worked hard to make the most of the small space.

Nick said while he was designing his garden two years ago, he was hoping to “fill it with fruit and veg”.

However, he began introducing ornamental plants into his garden and then the garden became almost completely ornamental.

Nick continued: “But I’ve still got a few spaces left that I can grow edibles in.

“So I want to make the most of them.

“I’ve planted up this window box with chillies.

“They’re all green at the moment but they will ripen up going into late summer and autumn and can be harvested.”

Nick also wanted to grow something that is going to give him something “very quickly”.

He decided to sow some cut-and-come-again lettuce into a window box.

The gardening expert added: “I’m just going to sow evenly across the surface.”

Nick put the seeds into his hand and gently tapped it with his other hands to allow the seeds to spread evenly across the soil.

He continued: “With that done, sprinkle some compost over the surface.

“And finally, I just want to ensure that there’s good contact between the seeds and the compost.”

Nick pressed down the compost and seeds with a piece of wood.

“That’s not ready to be watered and it can sit on my sunny windowsill, and in about a month or so’s time, be ready to harvest the first crop,” he said.

“I’ll just crop those down with scissors, leave the other half.

“Then in another week or two from that, I can crop these.

“Another two weeks has passed, these will have come up again, and it goes back and forth and you should get sort of six to eight weeks of harvest from a really simply little window box like this.”

Frances Tophill also appeared on the show this week having travelled to the Isle of Man to meet a community of gardeners who battle extreme weather by the sea each year.

Gardeners’ World is available to stream on BBC iPlayer

These colourful kettles promise to brighten up your kitchen 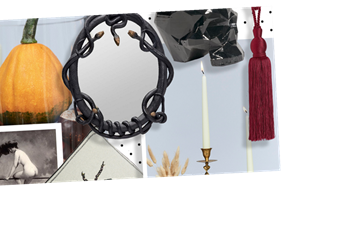