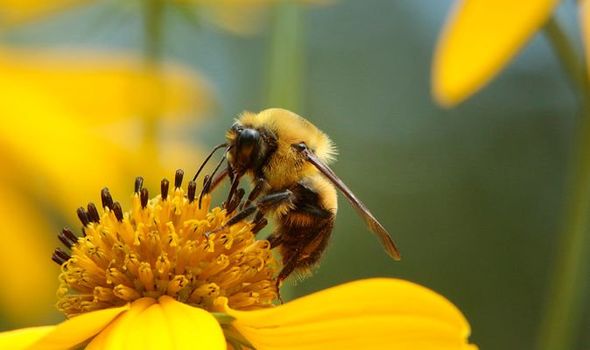 Pollinators are an important part of our natural ecosystems that help maintain habitats and sustain our crops. So how can we encourage them to thrive in our own gardens? Managing Director of Hopes Grove Nurseries, Morris Hankinson shared which plants are the best for pollinators.

Hopes Grove Nurseries was established 27 years ago and grows approximately one million hedge plants in 50 acres of land in Tenterden, Kent.

The nurseries also regularly supply plants for the ITV show Love Your Garden.

Mr Hankinson said the “number one thing” they sell for pollinators is “mixed native hedging”.

He said: “Our number one thing for pollinators and wildlife in general is our mixed native hedging.”

The hedging is a way of re-creating the native natural hedgerows that you see in the countryside.

He continued: “Whether it’s in a more suburban setting or if you’ve got a bigger plot.

“We sell an awful lot of that and it’s just perfect for pollinators.

“Because you’ve got a whole range of native plants, differing flowering seasons and then a lot of them are going on to herbs and to berries and roses and crab apples and things.

DON’T MISS
Cat food recall update after ‘toxins’ discovered in number of samples [INSIGHT]
Should you open the windows in hot weather? Top tips on staying cool [UPDATE]
How to save your garden in a heatwave: 4 simple ways to protect plants [ANALYSIS]

“They’re good for the wider wildlife as well.”

The hedging is also a great nesting site for birds.

The hedges are good for planting as “boundary hedges” and are available pot grown so they can be planted in the ground straight away.

He added: “You don’t need a long run of it, even a few metres is absolutely great as you will still get a mixture of species.

“If you’ve got a lot more space and you want to create a wildlife area, instead of planting them as a hedge just plant them around as individual shrubs.

“You can then combine that with a bit of a small wildflower area.

“It’s absolute gold for the wildlife.”

The gardening expert said it’s important to plant wildlife in our gardens as there’s such a “worrying decline” in numbers.

“I think hedgerows being taken out of agricultural fields, development in general, using pesticides – it really has effected their numbers,” he added.

There are at least 1,500 pollinating insect species in the UK, according to the Royal Horticultural Society (RHS).

These include species of bees, wasps, hoverflies, butterflies, moths and some beetles.

A study published in 2019 in the journal Nature Communications revealed a widespread loss of pollinating insects over the last few decades.

The data looked at 353 wild bee and hoverfly species and found that the insects had been lost from a quarter of the places they were found in 1980.

Mr Hankinson also explained that wildlife and pollinators play a vital role in the natural ecosystem, providing food for mammals and birds.

Worryingly, pollinators also play a huge role in our food chain too.

According to the United States Department of Agriculture (USDA), without pollinators the human race and all of Earth’s ecosystems would not survive.

A whopping 80 of the world’s 1,400 crop plants require pollination.

However, it’s not all bad news for the UK bee population.

Earlier this year, it was announced that a pesticide that was believed to harm bees will no longer be used in England.

The Government did authorise the emergency use of the chemical after a virus began to impact sugar beet seeds, according to the BBC.

The Department for Environment, Food and Rural Affairs (Defra) said to justify use of the pesticide, their predictions would have to show that the virus would reach a certain level.

Mr Eustice said: ”In the event, that pest threshold was not passed so this seed treatment will not be used this year.”

If you’re looking for some pollinator-friendly plants to pop in your garden, here’s a list of Morris Hankinson’s recommendations: 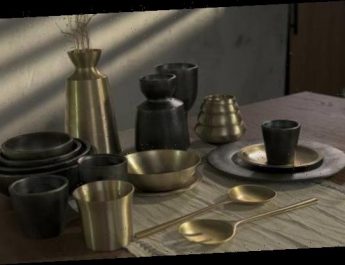 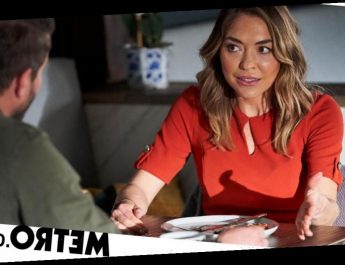 Spoilers: Does Angelo suspect Colby and Taylor’s secret in Home and Away?