Home » Homes and Gardens » Gardening: How to prevent flooding with these simple top tips to keep water levels down

With temperatures rising across the globe resulting in extreme weather conditions, the level of rainfall has also increased. So, how can garden owners play their part in helping the environment? An expert from Hayes Garden World has offered some key tips.

Front gardens with hard surfaces can result in heavy rainfall flowing more quickly into drains, which often overflow and cause flooding.

According to Angela Slater at Hayes Garden World, replacing any hard surfaces in a garden with more absorbable materials allows rainwater to permeate into the ground.

Landscaped gardens which feature a patio could be transformed into a green space, by adding grass.

“If you don’t want the hard work associated with a real lawn, use artificial grass,” said Angela.

“Nowadays, it has moved far away from the bright green plastic grass which is obviously artificial to being very realistic. Just remember to take up the hard landscaping before putting it down.”

Once the old patio has been removed, Angela has advised laying a bed of sand on the earth, before applying a permeable weed suppressant membrane underneath the grass.

DON’T MISS:
How to stop weeds growing in gravel – the 3 ingredient weedkiller [EXPLAINER]
How to get rid of box hedge caterpillars [INSIGHT]
The garden watering mistake you’re probably making [INFORMER]

Many front gardens have been converted to accommodate parking, but instead of using hard surfaces to cover the whole area, Angela suggested incorporating patches of planting.

Another option is to plant grass and cover the areas with heavy duty metal grids to prevent them from being damaged.

Angela also advised that soil used in herbaceous borders and around trees is not overly compacted as it prevents water from being absorbed, and can deprive them of essential moisture.

It is also a good idea to loosen the soil before applying a soil improver, such as a bagged compost. Improving the condition of soil to improve air flow will help the soil to retain water. A thick layer of chipped bark mulch should also be added.

Installing a water-butt in a garden can provide many benefits, including helping to reduce an area from being saturated with water.

While reducing water bills, collecting rainwater is also good for the garden.

“This water is better for watering your plants than tap water as it contains no chemical additives,” explained Angela.

Water butts can be installed in various places, including a shed, garage and at the front of a house.

Water plants, which are also known as aquatic plants, are plants that have adapted to grow in aquatic environments.

Instead of growing plants in traditional compost in containers, Angela suggested experimenting with water plants instead.

They’re also known to attract a range of amphibians and insects, which in turn will help to keep down the number of garden pests, such as slugs and snails, from eating the plants. 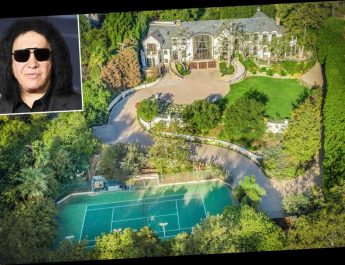 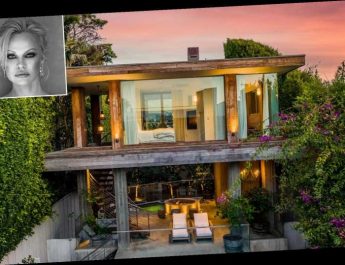