Smaller spring bulbs are more prone to drying out. It’s therefore crucial that they’re planted as soon as possible.

The longer they’re left out of soil, the less viable they become.

The fresher the bulbs, the higher chance they have of thriving in the soil.

“You get better results and more success,” said Carol Adams, a garden expert, who is head of horticulture and biodiversity at Trentham Estate in Staffordshire.

Before planting bulbs, an area of lawn can be removed.

“Lift a layer of turf with about three centimetres of the soily rattan mat underneath, like the turf bought from the garden centre or DIY shop,” explained Carol.

“Lightly fork over the soil, so you’re tickling it, and then lay your bulbs so that they’re about a width of the bulb apart from each other.”

Combining course grit with the soil will provide good drainage.

If the soil is lightly raked over regularly, marking out where the bulbs have been planted can be a helpful way to keep track of their location.

To prevent slugs and snails damaging bulbs, Carol advised applying a light topdressing or adding grit to the soil.

Among the bulbs which can be planted, Carol suggested choosing crocuses, snowdrops, flowering Cyclamen, such as a Cyclamen Coum and Chionodoxa bulbs, or glory of the snow, as it’s also called.

“Tulips tend to flower either at the beginning of April or towards the end of April and May,” said Carol.

She said the Spanish Bluebells, which were introduced by the Victorians, posed a threat to the native species because they are “more vigorous and aggressive.”

Comparing the Spanish bluebell’s appearance to the native variety, Carol said: “They have an upright starry shaped open flower, rather than the intense blue trailing and drooping flower of a British bluebell, and much bigger coarse leaves.”

“It’s a good thing to do,” she said, adding that it prevented pollinating insects from transferring pollen from Spanish Bluebells to the native species before crossbreeding.

Bulbs can be positioned in the soil to create effective patterns.

A range of shapes can be cut out of the lawn before the bulbs are planted in position to form a pattern.

“It looks really effective when they’re in flower,” added Carol.

To find out more about the gardens at Trentham Estate, go to: https://trentham.co.uk/estate-gardens. 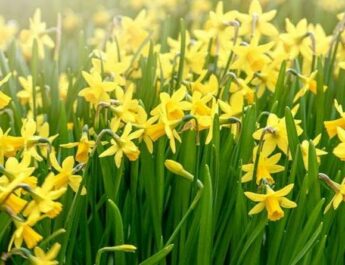 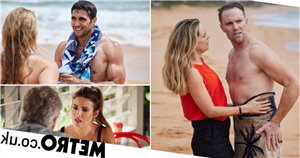 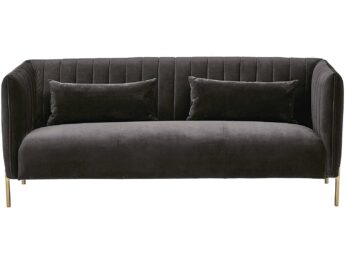 This Couch Is So Pretty, No One Will Believe You Got It from Amazon – and It's $520 Off Now