Heather Rae Young has a great relationship with her Selling Sunset costars — and current and former bosses — Jason and Brett Oppenheim. But she’s setting the record straight on whether she’s ever been more than friends the real estate broker twins.

The Netflix star and realtor, 33, recently opened up about her relationship with Jason, the President of the Oppenheim Group and her current boss, and Brett, the Oppenheim Group’s former senior vice president (he left to start his own brokerage earlier this year), on a recent episode of the Dear Media podcast Not Skinny But Not Fat, telling host Amanda Hirsch that she’s been friends with the businessmen for a very long time.

“Jason and Brett are protective of me and the girls,” the former Playboy model says, referencing the brokerage's mostly-female staff. She also shares that she feels the twins truly care about the happiness of their employees turned costars. “I've known them for seven years of my life. They've seen my ups, my downs. They’ve seen my relationships and they've never really been happy for me until now.”

Young became engaged to HGTV star Tarek El Moussa in July after one year of dating, PEOPLE exclusively revealed at the time.

When Hirsch asks El Moussa how he feels about certain scenes in Selling Sunset where it appears Brett is flirting with Young, the Flip or Flop star, 39, replies: “I know Brett, he’s a good dude." Then jokes, "Plus, if he touches her I’ll break him in half.”

Heather elaborates on the scenes in question, explaining, “A lot of people mistake it for flirting or whatever, and you know, people think he has a crush on me and maybe he did in the past, but like, he adores Tarek,” Heather says, assuring that her former boss “loves and respects” her fiancé.

El Moussa agrees, calling the twins his “homies” who he now hangs out and goes on boat trips with regularly.  He also notes that the most current season of the reality show was filmed more than a year ago. “I barely knew them then.”

El Moussa and Young met on the Fourth of July in 2019 in Newport Beach, Calif., and got engaged on July 25 while celebrating their one-year anniversary with a boat trip to Catalina Island.

Young also shared on the podcast that she turned El Moussa down a few times before finally agreeing to go on a date with him because she was afraid of entering into another disappointing relationship.

“I was actually like really scared of him in a way. I was scared to be vulnerable and go on a first date,” Young admits to Hirsch, saying that she dated “a lot of a——-” before El Moussa, and that she wasn’t ready to get hurt again.

“I just figured it wasn’t going to go anywhere, to be honest,” she continued. “I was just really not in a super good place at that moment.” Eventually, she agreed to get dinner with him, and they’ve been happily together ever since.

“He exceeded all the expectations. He's the most incredible man in the whole world,” Young says. “He is loyal, he is kind, he has the biggest heart. So everything that I thought of in that first moment of being scared and vulnerable and like, ‘Oh, he's just another d———’… he's completely opposite.”

After finally going on their first date, the pair confirmed their relationship with joint Instagram posts in early August, and El Moussa shared that he had already introduced Young to his kids — daughter Taylor and son Brayden, now 10 and 5 — whom he shares with his ex -wife and Flip or Flop costar Christina Anstead. Young calls herself the kids' "bonus mom."

El Moussa and Young previously revealed that they moved in together less than a week after their first date, splitting time between El Moussa's former "bachelor dad pad" in Orange County and a home in West Hollywood. 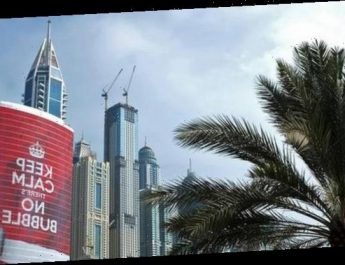 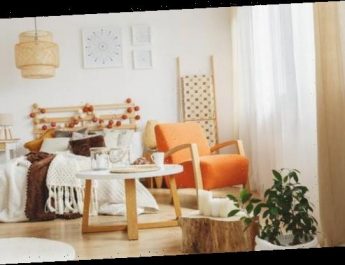 For your winter fabric haul

The 12 best homeware buys right now, according to the interiors expert behind Mad About The House