Written by Naomi May

‘Your favourite pot dealer’ is back with a Henry Holland-sized bang (and a load of bowls and beakers to boot.) Naomi May meets the designer to chat about the pivot from clothes to crockery and what’s next for his latest venture.

“Let’s talk pot!” Henry Holland cackles over the phone from Ridley Road, the home of his first pottery studio. The self-professed pot dealer is in the midst of a studio move down the road to Hackney in the middle of a heatwave but, it would appear, spirits are still high and, indeed, it’s pot that we’re on the phone to discuss.

The fashion designer and founder of House of Holland, which shuttered its doors days before the first lockdown last year, exploded onto the scene in 2006 with a line of tongue-in-cheek slogan T-shirts that poked fun at his legion of famous friends. There was ‘I’ll show you who’s boss Kate Moss’, ‘I’m yours for a tenner Kendall Jenner’ and ‘Let’s breed Bella Hadid’, which enabled the Ramsbottom native to carve a personality-filled hole for himself in the primped and preened fashion sphere.

But then House of Holland began to hit rocky waters, and the designer’s salvation – a deal he’d been working on for two years in China – fell through at the start of 2020, which meant he was left with no option but to pull the plug on his namesake brand just days before the UK’s first national lockdown.

“There was a little bit of shame at the beginning, because of the fact that the business went into administration, but to be honest, it was quite brief,” he says. “I actually just felt so proud of everything that we’d achieved and I felt like I was ready to do something else. Things have a lifespan, you know?”

Being plunged into a lockdown gave Holland “a chance to pause and reflect”, a moment to slow down. “I tend to go a mile a minute always, so I made a point to give myself a bit of time to think about what I wanted from what was next,” he says.

Indeed, the seeds for his next step had already been planted. Last year, after he posted a picture of his lunch on a plate from London-based ceramic studio, Ophelia – a wedding gift from one of his House of Holland employees – Holland booked himself in for a pottery lesson, which became a course of 20 hours. And then lockdown hit and everything – including his beloved pottery lessons – was cut short.

“I’d wanted to try it for a while, and then I did and got hooked and fell in love with it,” he explains. “When lockdown intensified, I got some clay delivered to my house and I just carried on experimenting in my kitchen.”

Quirky cups, plates and bowls were born from Holland’s home experiment – he uses the Japanese technique of nerikomi, which involves hand-building with coloured clay – and what began as a passion project rapidly became that once-elusive next step.

“The biggest compliment that I ever got in fashion was that my clothes had so much personality. People would say that they would look at one of my dresses and see me and I feel like that has kind of continued through my pots,” he notes. “I feel like they’re still very me and very reflective of my personal style.”

The clashing colours synonymous with Holland’s eponymous brand have trickled into his ceramics, with the Mancunian opting for a slightly more mature and muted palette. “I can only order certain coloured clays and colours at the moment which is reigning me in and has created a more elevated aesthetic that’s less bright and crazy than some of my fashion was.” 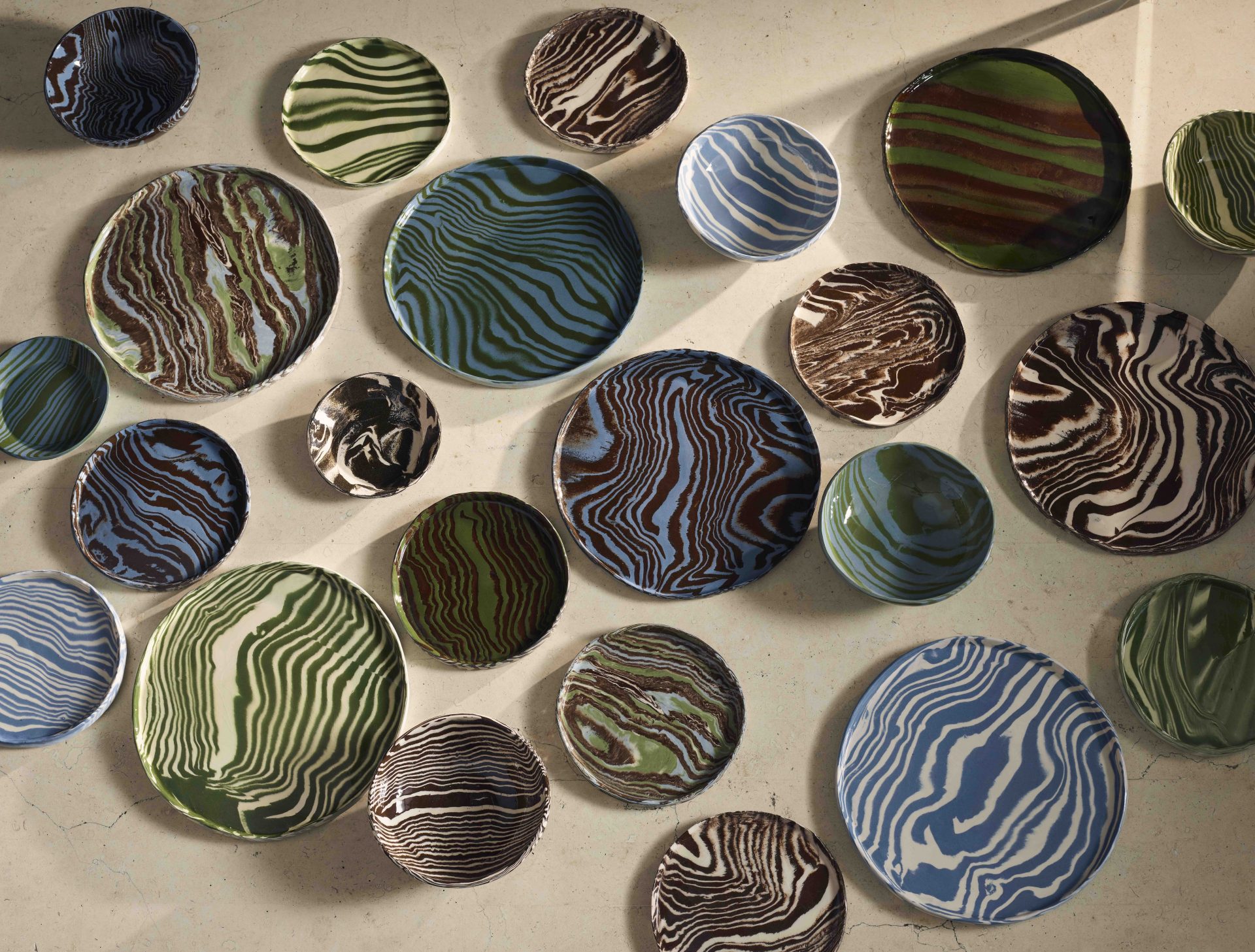 After posting a picture of his homely and handmade pots to Instagram, one of Liberty’s buyers messaged him privately to ask for an order of a couple of his bowls which, in turn, resulted in an order of 600 pieces from across the range. Holland ended up recruiting a small team to help him fulfil the order, after he wound up spending seven days a week working on it.

The pivot to the kiln is a well-trodden one; Seth Rogan and Brad Pitt are among the stars that have professed their love for making ceramics, while Diane von Furstenberg, Mother of Pearl and Mango have all recently dipped their fashion toes into the pottery pond. Holland has long been ahead of the curb, though; starting in 2016, House of Holland joined forces with Habitat on a clutch of retro-inspired homeware collaborations.

Despite having a conflicted relationship with it, Holland intends on utilising the constituency of influence he wields on Instagram, where his following currently sits at 154,000. The designer, who lives in Victoria Park with his husband, David Hodgson, creative director of Lulu Guinness, and their French bulldog, Peggy, notes the serendipity between the genesis of House of Holland and now Henry Holland Studio.

“The synergy is weird,” he explains. “I sold my first House of Holland T-shirt after I posted a picture of it to MySpace and then I sold my first pots on Instagram. It’s a weird full-circle moment.”

The designer’s dizzying dinnerware is just the first in the Henry Holland Studio pipeline, with more launches planned for later in the year, including a collaboration with Simon Goff, the award-winning rug designer behind Instagram account Floor_Story.

“It’s not lost on me that I’m in a position where I’ve found something again that I love to do so I’m cherishing it,” he concludes. “I also really don’t want to get to a point where I’m sat in front of an Excel spreadsheet and everybody else is making things; the reason I fell in love with pottery is because I love working with my hands. I’m excited to finally be working at my own pace.” 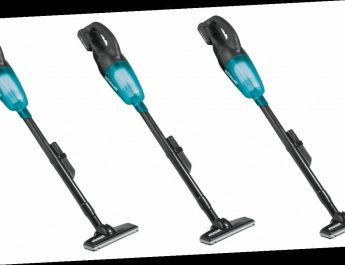 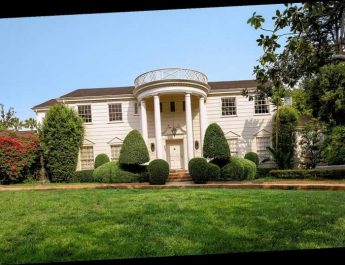 The Fresh Prince of Bel-Air House Is for Rent on Airbnb — And Will Smith Will Play Host!