Home » Homes and Gardens » HGTV Star Jasmine Roth Is Selling Her California Home (That She Built!) for $2.2M — See Inside

Jasmine Roth is getting ready to say goodbye to a property that’s extremely close to her heart: the first home she ever built from the ground up.

The Help! I Wrecked My House star and new mom announced that she had put the Huntington Beach, Calif. home — which she has previously nicknamed the “11th Street Retreat” — on the market over the weekend, posting a video tour of the property as well as several photos on Instagram.

“In case you missed it, yesterday we listed our Southern California house for sale,” she wrote on Saturday. “We definitely have all the feels about putting the #11thstreetretreat on the market. But it also just feels like the timing is right and well…what can we say, 2020 is the year of doing things we never thought we’d do! 👶🏼😷🏠.”

The cozy beachside property is currently listed for $2,199,000 with Kevin Via of Compass. Jasmine and her husband Brett Roth— who share daughter Hazel Lynn, 7 months — built and designed the Cape Cod-inspired home in 2012, after purchasing the land in 2010. It boasts 2,875 square feet of living space, with three bedrooms and three and half baths. Seamless indoor-outdoor living is achieved with a large enclosed patio, gas firepit and glass accordion doors (plus an outdoor shower for washing off after a day at the beach). An interior courtyard is located off the kitchen, with French doors that open to an outdoor lounge space, including an outdoor kitchen complete with a built-in gas grill.

The large roof deck with mountain and ocean views is equipped with a wet bar perfect for entertaining and a full bathroom. Jasmine and Brett lived in the custom-built home for several years before moving to a new house just a few blocks away in August of this year. In September, they decided to put the 11th Street Retreat up for rent on Airbnb, asking $634 a night.

"I'm very attached to the house and the thought of selling it made me so upset that I was like, I can't sell it," the Rock the Block Season 1 winner told House Beautiful at the time, explaining that she thought Airbnb would be a great way to hold on to the home and make a profit off it. The home is still currently available to rent on Airbnb through December 23, with a four-night minimum, though the price has since increased to $1,050 a night.

Over the weekend,Jasmine also shared a blog post titled “Why I’m Selling My House” on her personal website.

“It all happened so fast, I can barely even believe it myself,” she wrote of the home’s listing, sharing that “quite a few people this past year” approached her and Brett about if they’d be willing to sell.

“We were both like, ‘no thanks!’ … not only because we have such an emotional attachment to this house, but also because I just put SO MUCH WORK into getting the house perfect to be a rental after we moved out,” she wrote. “But after a few more people asked us, we started to discuss it and well… here we are.”

“We both sorta looked at each other and then really just decided to GO FOR IT!” she concluded, adding a fingers crossed emoji. “We’ve listed the house with our longtime friend and real estate agent, and we’ll just have to see how it goes.”

How classrooms will change post-Covid 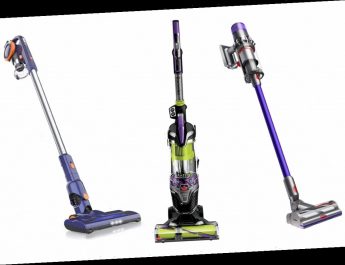