Home » Homes and Gardens » HGTV's Erin and Ben Napier Vow to 'Make It Right,' Restore Home for Second Time After It Was Devastated by Tornado

Ben and Erin Napier are restoring a special home for a second time after the completed project was devastated by a recent tornado.

On the Season 4 premiere of Home Town, the couple showed viewers the destruction caused by a deadly tornado that hit their town of Laurel, Mississippi in December. During Monday night’s season finale, the couple is revisiting one of the houses badly damaged by the natural disaster and starting over on a renovation project they had previously finished.

“This is the last thing this neighborhood needed,” Erin, 34, says in a clip of the episode, above, shared exclusively with PEOPLE. She and her husband Ben, 36, are surveying the historic property that they had fixed up for actor Richard T. Jones and his wife. The Joneses live in Los Angeles but fell in love with the charming Southern home, which was located in a neglected neighborhood of Laurel. The Joneses purchased it and put its renovation in the Napiers’ capable hands, planning on leasing it to a local resident they call Mr. Gary, who needed an affordable place to live. That all fell apart when the tornado ripped through the area.

“This house was special. It was a lease-to-own situation for someone who needed it,” Ben explains in the clip. “The Joneses had found Mr. Gary, and he was getting ready to move in and then this happened.”

“It looks like a bomb had been dropped,” Mr. Gary says of his dilapidated home.

Walking through the property and assessing the damage done by the tornado, the Napiers decide the entire ceiling needs to be replaced and part of the roof will need to be fixed — a project which will cost between $65,000 and $70,000. “That was like their entire budget before,” Erin recalls.

“Most every other house we worked on, they’re okay,” she continues. “But nothing like this one. The one house that was a gift to that neighborhood is the one that got damaged the worst. And that is not fair, is it?” In the clip, Erin and Ben decide to call the Joneses, who are anxious to see how badly their home fared in the storm. The Napiers tell them that, miraculously, no one was injured in the storm, but that their neighborhood was not in good shape.

“Part of your roof is in a tree,” Erin says, showing them the wreckage via a video call. “I know you were just trying to do a good thing for this neighborhood, so the thing is, we can’t let that go to waste. We want to do whatever it takes to make this right.”

The couple explains that they know how to fix the damage — and that they will donate their time to do so. “We can fix this,” Ben says. “And Gary will have a home to come back to very soon,” Erin adds.

Erin documented the storm on Instagram as it happened in December 2019.

“Our beautiful historic district you love from #hgtvhometown was hit by a tornado tonight,” she wrote. “We’ve lost so many of our century-old oak trees but that’s all I can see in the dark with headlights. I’ve not heard word on how the folks in the path are. Keep Louisiana and Mississippi in your prayers, grab a chainsaw and help your neighbors in need. Our families are all good, but lots of folks will need our help in the days to come.”

In another post, she explained, “Laurel is working together to clean up our city after last night’s tornado, but so many low-income families’ homes have been destroyed, roofs ripped away, and trees have crushed a lot of property and cars… We lost some living room windows, but by tonight we’ll be back home and having dinner. So many won’t be that fortunate. Thanks for thinking of Laurel so much in the last 24 hours!”

The storm was a major plotline through Home Town Season 4. HGTV recently announced that they have ordered 16 more episodes of the fan-favorite series, and Season 5 will premiere in early 2021. 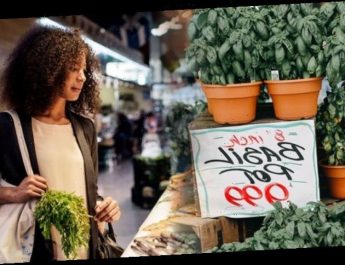 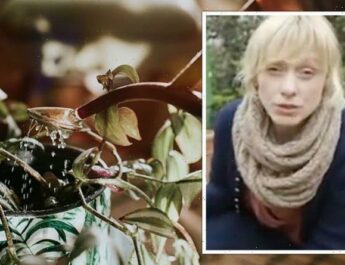