It’s fair to say that troubled Bella can be a disruptive and divisive character among Home and Away fans – we certainly wouldn’t want to get on her bad side – but considering what the character has been through, we can’t blame her for lashing out at times.

But love her or loathe her, it’s very clear that Bella IS just a character – and Courtney Miller, who plays her, admits she finds it a chore when some fans can’t separate her from her alter ego and send her abuse.

She sighed to Metro.co.uk: ‘I was thinking about this the other day. I try not to dabble in fan feedback for I have a whole life separate to Bels. However, when I have spontaneously dabbled in reading comments, I find many fans are frustrated by Bel.

‘Fair enough, she can be an absolute brat. However, I think you can justify her behaviour. Many non- Bella fans like to direct their annoyance at me, the actor, which is just laughable.’

What isn’t laughable is the trauma that Bella has been enduring ever since that horrifying showdown with sinister Tommy.

And while Nikau and Bella get closer and are smitten to one another, when she feels she is ready to take the next step in the relationship, the memories come flooding back and overwhelm her, leaving Nikau in shock and Bella traumatised all over again.

Courtney explained: ‘Unfortunately for Bella, memories from the Tommy attack are closer to the surface than she realised. The intimate experience with Nikau brings it all back and her emotions overwhelm her.

‘As an actor I love playing such socially impacting roles. Being able to bring Bella’s struggles and hardships to life gives me much pride, as I too am carrying the experiences of many people who have been impacted by similar events. I am glad the show doesn’t hide away from tough topics like self-harm. It is necessary to open such important conversations in families.’

She added: ‘Tommy’s attack has definitely left its mark psychologically, emotionally and physically for Bella, more so as she is an impressionable young women whom is still discovering herself and her sexuality.’

As this leads Bella into a bad place, she ends up self harming and with options running out, Bella finally faces up to the prospect that she might find therapy supportive and a step towards recover.

Courtney explained: ‘Living with her dad, Bella grew up with a “we’ll deal with it” mentality. Bella feels extremely uncomfortable with revealing her life to someone she doesn’t know, especially if it involves talking about feelings.

‘On top of that, Bella is carrying the huge secret of her own dad’s death. She can’t comprehend how she is supposed to de-brief about her dad without slipping up and mentioning his death. Going to Equine therapy is a huge step for Bella, for she can no longer run away.’

As Nikau and Colby see her off, will the Bella who eventually returns have some big and life changing decisions to make?

Courtney hinted so, telling us: ‘Colby, along with Willow and Dean, are the only stable things in her life. Leaving them for an extended period of time means having to learn to trust and rely on herself.

‘But if she were to find some new found boundaries, not everyone might take what she decides about her future well. She could be setting some people up for some bad reactions. We’ll have to see.’ 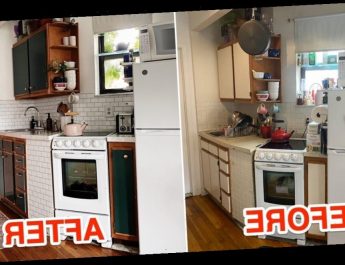 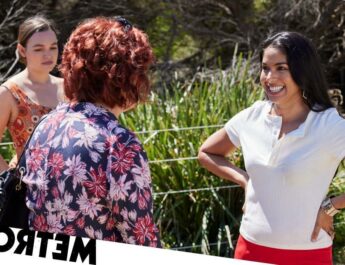 Spoilers: Arrests, humiliation and goodbyes in Home and Away 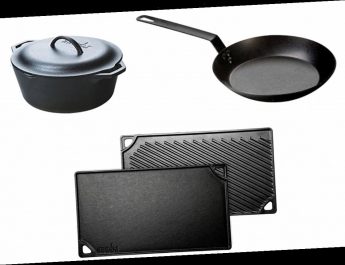