Home » Homes and Gardens » Houseplants stopped growing? Here’s how to work out why (and what you can do about it)

Having your houseplant stop growing can be incredibly frustrating – especially when it feels like you’re doing all the right things. Here, we ask plant expert Dr Katie Cooper to outline the most common reasons why plants stop growing, and what you can do to fix it.

One of the best parts of taking care of plants has to be watching them grow.

Whether you’re the proud owner of one or 100 plants, you’ll know what we’re talking about: there’s something special about seeing your hard work pay off and produce life in the form of a new leaf, shoot or stem.

With that being said, when a plant stops growing, it can be pretty frustrating – especially when, on the surface, there doesn’t seem to be anything wrong with it. When it comes to plant care, a lot of the focus often seems to be on what you can do to stop your plant from dying – but what about when a plant just seems to… stop?

As annoying as it can be to have one of your plants slow down or stop growing, it’s actually surprisingly common – and there are a number of easily rectified reasons why it happens.

So, to find out more about what you can do to address this problem in your plants, we asked Dr Katie Cooper, founder of the online plant shop Bloombox Club, to tell us more about the four most common reasons why plants stop growing, and how to fix it. Here’s what she had to say.

One of the most common reasons why houseplants stop growing is simply a lack of nutrients.

It may seem obvious, but one of the most common reasons why your plant might have stopped growing is because it’s not getting enough of what it needs to thrive.

“We don’t just mean fertilizer when we say nutrients – if your plant is getting insufficient natural light or warmth (and during winter, they probably won’t be) it will conserve all its energy so it can stay alive,” Dr Cooper explains. “When plants are in ‘panic mode’ they may drop leaves and extremities so their food doesn’t have to travel far – so they definitely won’t be growing!”

Other signs that your plant may not be getting the nutrients it needs include yellowing or thin leaves and a loss of variegation in variegated plants.

If you think a lack of or insufficient nutrients could be to blame for your plant’s slowed growth, the obvious solution is to ensure they’re getting what they need.

“If your plant is in a cool, shady patch, try moving them nearer an east or south-facing window,” Dr Cooper suggests.

And remember, while it’s normal for plants to produce lots of new growth during spring or summer (also known as growing season), come winter, it’s also normal for your plants to go into a state of dormancy and stop growing altogether, so don’t worry too much if you get to that time of year and things slow down a little.

Dealing with pests is every plant parent’s nightmare, but if your plant has stopped growing, then one of the common houseplant pests could be to blame.

“If your plant has suddenly taken a turn for the worse, it could be infested with common houseplant pests like aphids or fungus gnats,” Dr Cooper explains.

“Some bugs are more troublesome than others, but as a first point of call, you can try wiping the plant’s leaves down with diluted washing up liquid, neem oil or Bloombox Club’s naturally bug-repellent Aomori Hiba spray.”

If your plant is rootbound, it’ll need a bigger pot in order to grow.

If you’ve had your plant for a while and have yet to change its pot, then it may have stopped growing because it’s rootbound.

“After many years in one pot, plants will have exhausted their soil’s nutrients and may have filled every available space with their expanding roots,” Dr Cooper explains.

“Some plants can happily be rootbound for years, but others will struggle to keep themselves upright and be less able to suck up moisture from the soil.”

There are two key steps you can take to tell whether or not your plant is rootbound – both of which are seriously easy.

“Number one, you’ll probably see roots coming out of the holes in the bottom of its growing pot,” Dr Cooper says. “Secondly, if you lift your plant gently out of its growing pot, you’ll be able to tell immediately if its roots have swelled to the shape of the pot or not.”

If your plant is showing signs of being rootbound, you’ll need to transfer it to a bigger pot where it can spread its roots and continue to grow. To follow a step-by-step guide on how to do this, you can check out our guide to repotting here.

If you’ve worked through all the causes above and can’t seem to find anything wrong with your plant, chances are it’s just reached its final size.

“Much like humans and other animals, houseplants can have an upper limit when it comes to growth,” Dr Cooper explains. “In fact, some houseplants are specially bred to be slow-growing so that they can be used as décor and won’t take over your living room.”

However, just because your plant has stopped growing, doesn’t mean your only job is to give it water every now and then.

As Dr Cooper explains: “All that matters now is maintaining the houseplant and giving it an occasional pruning so it can replace older branches with new.” 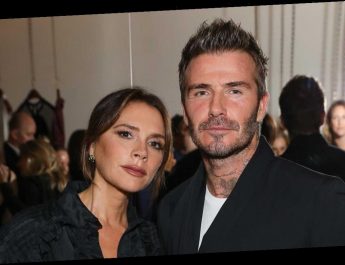 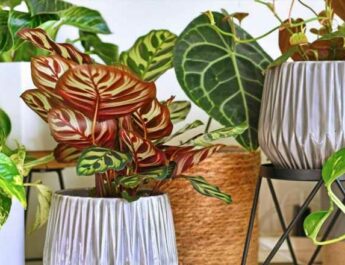 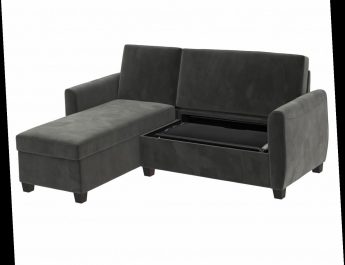 This Ultra-Comfortable Sofa Bed Has a Hidden Storage Compartment