Vegetables and fruits, directly procured from farmers, are being supplied at your doorstep

Vellayani, a rural, lakeside suburbs in Thiruvananthapuram, is well-known for its fresh farm produce. The farm-to-fork delivery of greens from Vellayani and its surroundings came a boon for farmers and city residents forced to stay indoors due to the lockdown. Enterprising individuals and groups began procuring vegetables and fruits directly from the farmers and delivering at households. With home delivery becoming the new normal, most of these ventures have outlived the lockdown season, running the business via Facebook and WhatsApp groups. As the Onam season is in full swing, these networks have gone on an overdrive.

“Even though social distancing norms are in place, people don’t want to risk oing out for shopping as COVID-19 cases are on the rise. I have been delivering vegetable kits worth ₹100 each in and around the city during the lockdown. Onam-special packages will have everything needed for a sadya, right from pickles to upperi,” says Renjith RS. He started home delivery of vegetables after a private club where he was working shut shop during the lockdown. “I buy most of the vegetables from a farmer in Kakkamoola, near Vellayani. My day starts at 4 am daily to collect the day’s harvest. My family helps in sorting the vegetables and packing them in bags,” says Renjith.

Cashing in on the demand for farm fresh produce a team of friends from Karyavattam through their venture, Thiruvambady Fresh. They have already opened bookings for Onam on the group’s Facebook page. “Till now we have been supplying only those vegetables we are able to get on a particular day. But, for Onam, we are planning to source more varieties and sell them as packs for a family of five,” says Sandeep Kumar RS, one of the partners. The six-member team of Thiruvambady has been collecting the harvest from farmers and farming cooperatives in Karyavattam, Vellayani, Kakkammoola and Kalliyoor. “Although we didn’t have permanent jobs, we were all earning enough. But the lockdown hit us hard and we had to come up with something to tide over the financial crisis. We started off with buying amaranthus from farmers in Vellayani and selling it on roadsides across the city. That was done on an experimental basis. But it clicked and gradually we added more vegetables in our list. Social media helped us to get regular customers. Now we are on the lookout for a good plot to start farming,” says 30-year-old Sandeep, a technician in an automobile service centre.

Farmer Friend, a WhatsApp-based venture, delivers vegetables grown at the farms of its founders and those sourced from farmers across Kerala. “We have potatoes, beans, carrot and cabbage coming from Kumily in Idukki, besides produce from farmers in Alappuzha, Kollam and Thiruvananthapuram districts,” says Shafeek A Shihab, one of the member of the group, who has been selling salad cucumbers and tomatoes grown in his poly-house. “Having established a steady clientèle for my home-grown vegetables, I thought of diversifying and roped in five like-minded friends to start Farmer Friend. In the first week itself, 100 customers joined the group,” says Shafeek.

For Pathayapura Farms, the members did not have to go far to obtain vegetables. The four members of the team (Akash SS, Krishnanand K, Ashith AS and Kichu B Nair), are into homsestead farming. “While two of us are based in Attingal, one belongs to Vamanapuram and all of us have small farms in our backyards. At my home in Nagaroor, near Attingal, I cultivate long beans, snake gourd, amaranthus, lady’s finger and the like. The vegetables are sorted and packed at the house of one of the members in Attingal,” says Kichu. “Since we won’t be able to provide vegetable kits, we have arranged for as much varieties as possible, in addition to homemade curry powders,” he adds.

Local self-government bodies are also in the fray to bring fresh produce directly to homes. In Vattiyoorkkavu assembly constituency, for example, bookings for vegetable packs can be made via the app, FIESTA. “Those who place orders will get packs worth ₹200 delivered at homes. These vegetables are sourced from farmers in the constituency and other parts of the district. In addition, we are organising a farmers’ market at MLA VK Prasanth’s office at Sasthamangalam till August 29,” says an official with the MLA’s office. 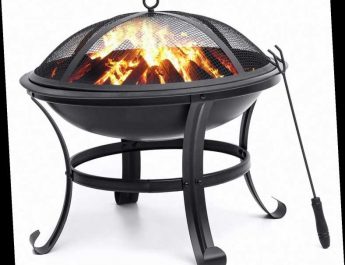 ‘Even more important now’: Camilla on ‘wild’ gardens for animals – how to attract wildlife 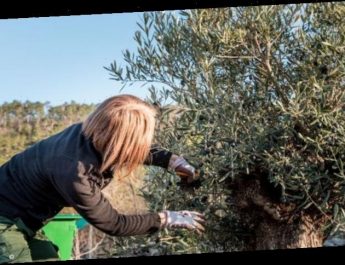 When to prune olive trees