Home » Homes and Gardens » Inside Chelsea Flower Show: Behind the scenes at the historical first ever autumn event

Although today is the first day the Chelsea Flower Show is opening to the public, the iconic show began yesterday, with the gardening world’s VIPs gathering together to celebrate the event before the crowds arrive. However, the show looked a little different to usual this year.

The RHS Chelsea Flower Show usually takes place in May every year, however, due to the pandemic it was pushed back to September.

This meant slight changes and additions to the show’s displays, such as a gigantic pumpkin at the centre of the Great Pavilion, as well as bales of hay and an array of autumn-coloured flowers and trimmings.

Furthermore, this year was the first time in history for Queen Elizabeth II to miss the popular flower show.

Her Majesty is the Patron of the RHS and would usually tour the gardens and floral displays on the show’s first day, called Press Day, but due to it having been moved to September, she could not attend.

The Queen remained in Balmoral Castle in Scotland, as is customary for this time of year, and she is not expected to leave until October.

However, Prince Edward, the Countess of Wessex, Princess Anne, the Duke and Duchess of Gloucester, Prince and Princess Michael of Kent, and Princess Alexandra all turned up for the show.

But the royals were not the only famous people to visit the event on its customary Press Day.

One of the biggest celebrities to attend was Judi Dench, who was joined by her daughter, actor Finty Williams.

The talented actor wore an all-cream outfit, including a cream scarf, and accessorised with chunky silver bangles and rings.

She was seen eating near one of the show’s food stands with her family, as well as patting a white Shetland pony called Teddy who was being walked around the event’s ground by owner Alice Goring.

Radio One DJ Nick Grimshaw attended with his mother and was seen speaking to singer Alexandra Burke, who wore a white and blue striped jumpsuit and peep-toe heels.

Gemma Collins made a statement in a billowing pale pink gown and a bright yellow cape which featured a high collar and silver jewels on its shoulders.

Guy, 53, was joined by his wife Jacqui Ainsley as the pair unveiled their £50,000 luxury barbecue table.

The director designed the outdoor grill to cook for guests at his Ashcombe House estate, near Salisbury, Wiltshire, which he bought with ex-wife Madonna in 2001.

As for the gardens on display at the show, there were many beautiful designs created by award-winning landscapers worldwide.

The event’s attendees had the opportunity to walk around the mini gardens and ask the designers about the inspiration behind their creations.

One that stood out was the Guangzhou Garden, co-designed by landscape architects Peter Chmiel and Chin Chen.

After having spent four days in Guangzhou, the landscapers drew inspiration from the Chinese city and represented it in garden form.

It included water features such as a mini waterfall and a pond full of lily pads, steppingstones leading towards geodesic structures with benches and even a swing inside for people to sit on, and an active air wall.

The air wall mechanically draws air through the roots of the plants and recirculates it into other parts of the garden, such as the water features.

The show’s biggest indoor displays were located in the Great Pavilion – a large tent in the middle of the show’s ground – and featured hundreds of flowers, indoor plants, gigantic vegetables, garden ornaments and structures made out of metal, tomato trees, and more.

One stall, headed by horticulturist and TV presenter David Domoney, highlighted the mental health benefits of both indoor and outdoor gardening.

David was on hand to answer attendees’ gardening queries and promoted his latest book, My House Plant Changed My Life.

Although some stands were missing from this year’s show due to them not being appropriate for September, David seemed impressed by the historical autumnal event.

The gardening expert said: “Things like the daffodils – which were big displays in spring – we miss seeing, but on the other hand, there are other plant varieties that are showing autumnal colour or later colour, so there is that balance.

“But it’s just as important to garden during the autumn – because it’s nature’s time for planting really,” David added. 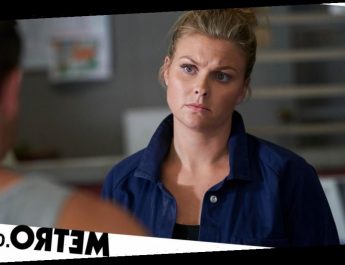 Spoilers: Ziggy finds out about Ross’ murder in Home and Away 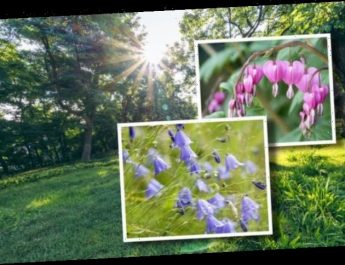 Shade loving plants: Which plants are best planted in shade? From ivy to foxglove 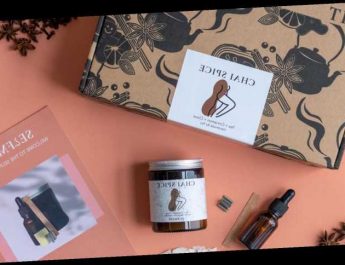