Home » Homes and Gardens » Inside Justin Baldoni's 'Feng Shui-ed' Farmhouse in L.A. — with a Climbing Wall for His Kids!

Justin and Emily Baldoni have changed nearly every facet of the Los Angeles home they purchased in 2017, except for one: the heart-shaped rock that is built into their front steps.

The stone was given to them by the original owner, who had recently lost his wife of 60 years and was apprehensive about selling the house they had shared. When Justin, 36, knocked on his door unannounced hoping to convince him, “he was just like, ‘This house means so much to me,’” the actor-director recalls in this week's issue of PEOPLE, on newsstands now. “Then he showed me this rock and said, ‘This is an example of how this house was built with love. I found this, and my wife loved it so much I put it on top of our door.’” The Jane the Virgin star promised to keep the rock as a cornerstone for the beloved home and took it a step further once he and Emily began a nine-month renovation. The couple, who married in 2013, invited family and friends to come over and write prayers and affirmations on the exposed wooden frame.

“So in the beams of the house is literally love,” he says.

Now a three-bedroom, two-and-a-half-bath with an “urban farmhouse meets Tulum” vibe, the 2,000-sq.-ft. home is optimized to meet the needs of the young family. “It’s not huge, so we wanted to maximize every inch of the space,” says Justin.

That meant turning the garage into a home gym equipped with a cold-plunge tank, a sauna and a climbing wall for their children Maiya, 5, and Maxwell, 3, to play on. “It’s so important for kids to develop that coordination and overcome certain fears,” he says of the unique feature.

There’s also an overhead projector and retractable screen for movie nights and hammocks both inside and outside for space-saving seating. Enlisting the help of designer Lior Schapiro of Numi Home (a recommendation from his former costar Gina Rodriguez) and Justin’s mother, Sharon Baldoni, a feng shui master, the couple wanted to ensure the entire house was “completely feng shui-ed for positive energy,” says Justin. “When you walk into a place, and it feels amazing, a lot of it is the energy.”

"Because [our bedroom] is the relationship corner, pinks and purples are really good," Emily explains of the traditional Chinese practice that divides a home into nine zones. "We're not crazy about those colors but we worked it out." The heart of their home beats in their bright and airy eat-in kitchen. “There’s always a meal being prepared,” says Emily, 36, an actress. But Justin is the cook in the family. “We’ll have nothing at home, and he’ll just take a little bit of this and a little of that, and he just creates magic from it. He’s amazing,” she adds.

For more on Justin Baldoni, watch the full home tour above, and to see exclusive photos, check out the latest issue of PEOPLE on newsstands now.

Emily typically handles cleanup and caffeine duty, utilizing their built-in Wolf coffee machine. “It was one of the things I was the most excited about moving into this house,” she says.

Justin’s pride and joy is a little more private: a high-tech Kohler toilet he likens to a Transformer. “It takes care of everything,” Emily explains with a laugh. Adds Justin: “I will say, we didn’t panic as much as some others when all the toilet paper disappeared.”

During the height of the pandemic, the home quickly segued into Justin’s office, where he finished postproduction on the new Disney+ movie he directed, Clouds, which tells the true story of his friend Zach Sobiech, who as a teenager had a short but successful music career after being diagnosed with a rare bone cancer.

(Two days after the release of Clouds, Sobiech's hit song of the same name returned to the number 1 spot on the iTunes Top 100 chart. Profits from downloads are benefiting his Osteosarcoma Fund.)

Baldoni's home is also where he launched a campaign with his Wayfarer Foundation to help provide food and PPE to people experiencing homelessness on L.A.’s skid row. The irony of discussing the charity while in his own house is not lost on the actor.

“Sheltering in place was a privilege. We understand how blessed we are,” he says. “But I think it’s okay to have these little material things in life that bring you joy. It reminds me that I need to appreciate it.” 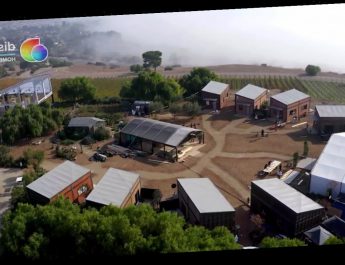 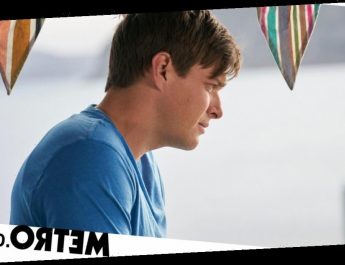 Spoilers: Colby and Bella rocked by murder scandal in Home and Away