Jeff Lewis underwent surgery on his neck on Wednesday, and is currently recovering in the hospital.

The Flipping Out alum explained on a recent episode of his SiriusXM radio show, Jeff Lewis Live!  that he had been having pain in his lower back and neck and instability in his legs, and after an MRI he was informed by a doctor that he was suffering from Cervical Myelopathy, a spinal cord disease.

“There is a disc actually in my neck that’s pushing against my spinal cord and has bruised my spinal cord, which has caused nerve damage,” he shared, noting that the doctor told him he would have to get surgery as soon as possible, because “if it goes untreated it can cause paralyzation — and it gets progressively worse.”

The surgery was scheduled 13 days after the diagnosis, and Lewis went in on Wednesday, August 26. He talked about how nervous he was for the surgery on his show in the days leading up to, even going so far as to jokingly plan his funeral with his co-hosts. (He would like to be buried in his favorite John Varvatos tux that he wore to the 2014 Emmy’s, he noted.)

Trying to make light of the situation, the father-of-one also told fans he was worried about how he would look after the surgery — especially how he would hide any scars.

“Here’s my biggest concern: I’m going to have a two-inch incision in the front of my neck, which is probably going to scar,” he said. “What am I going to do? Am I going to wear turtlenecks? Do I wear a mock turtle? I don’t think I can pull off scarves.” He also expressed that he hoped he might slim down because of the surgery (“I know I’m going to lose weight, I just have to keep it off!” he said) and maybe even add a few inches to his height. He explained that he believes has “shrunk” 6 inches in recent years. He said he had attributed it to age, but is realizing now that it might have actually been due to the discs in his neck.

On Wednesday afternoon, Lewis’s radio show cohost, Megan Weaver (who also appeared on Flipping Out as an interior designer) posted a photo to Instagram of Lewis laying in a hospital bed in a neck brace and hospital gown.

“He made it! Thank god I still have a job,” she jokingly captioned the photo. “Successful surgery and recovering in hospital. Thank you for all your DM’s checking in. Put funeral plans on hold.”

On Thursday afternoon, Lewis made his own post to Instagram to let his fans know he was alright — sharing an edited image poking fun at his ex-partner of 10 years, Gage Edward. The pair have been in a contentious custody battle over their three-year-old daughter, Monroe Christine Lewis, for several years now.

“Thanks for all of the support,” Lewis captioned his Instagram post. Edward quipped back in the comments section, writing “I’ve been looking for that [plug emoji] for a while. [black heart emoji].” After their split in February 2019, the exes established an informal shared custody arrangement, but when that system broke down, they involved their lawyers.

An attempt at mediation to find a permanent arrangement has so far been unsuccessful. Lewis is currently dating boyfriend Scott Anderson. The couple reunited in June after parting ways in early May after a year together.

Lewis was Edward’s former boss at his company, Jeff Lewis Design, which flips luxury homes in Los Angeles. Shortly after posting the hospital cartoon, Lewis shared an Instagram story showing off a $5.8 million investment property he’s selling in L.A. above the Sunset Strip. 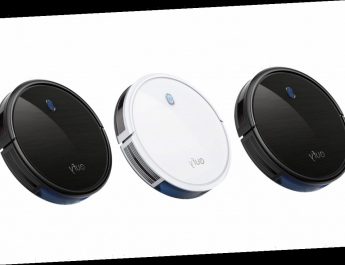 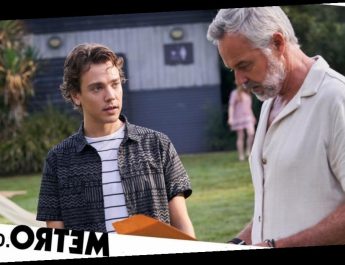 Spoilers: Owen and Evan’s spooky connection discovered in Home and Away 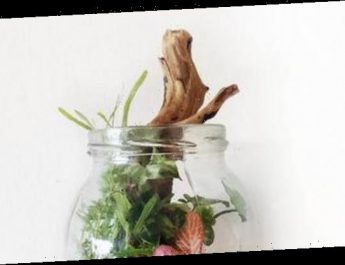