Jeremiah Brent and Nate Berkus feel lucky to have been able to relocate their family to their home in Montauk amid the COVID-19 pandemic. But living near the ocean has been a difficult journey for Berkus, who tragically lost his late partner, photographer Fernando Bengoechea, in the 2004 Asia tsunami.

Brent, 35, opened up about how life-changing self-isolating in the Long Island, New York, beach town has been for their family — he and Berkus, 49, share daughter Poppy, 5, and son Oskar, 2 — and how his husband’s relationship with the water has changed because of it.

“Nature is so restorative and always has been in so many ways,” the Bissell Homecare spokesman tells PEOPLE of why he’s so grateful they were able to escape to the beach house when things got overwhelming in New York City, their primary residence.

“Montauk is a luxury in and of itself, just to have for the kids to be able to be outside and to run around,” he says. “During everything going on in the city, [Nate and I] had the ability to go there, and we would go on long walks by the water, on the beach, and look at each other and be like, ‘we’re so lucky and grateful.’”

But for a long time, Berkus didn’t want to be anywhere near the ocean.

In 2005, the celebrity designer revealed to his mentor Oprah how he lost his longtime love, Bengoechea, in the tsunami: The couple were on vacation in Arugam Bay, Sri Lanka, when the natural disaster occurred and they were swept out of their accommodation, a beachfront hut, by the force of the wave. They managed to stay together through the rushing water, but were eventually separated. When the waves receded, Bengoechea was reported as missing and was never found.

“When we met, he would stress when I ran into the water to go surfing, it was a big thing,” Brent says of Berkus, whom he married in 2014. “So I stopped surfing for a long time. But now, I feel like through all of this and with our children and having Montauk, he trusts the water again to some extent,” he continues. “Not fully. I don't think he ever will. But it's really become this sanctuary for us and there's just a really beautiful full-circle moment that we received — through COVID, unfortunately — but through this house and through this town.”

“It's been a really beautiful journey,” he adds.

Sending love from our little family to yours.

Part of that journey also included giving their son, Oskar, who was born in March 2018, a name inspired by Berkus’s late partner. “We have always honored Fernando’s memory in our relationship. He’s a part of our love story,” Brent said at the time. “It’s such an important chapter in Nate’s life. So the idea that we can honor his memory in a beautiful way was exciting to us.”

As they prepare to start another adventure — as contestants on HGTV’s second season of Rock the Block — the family is still splitting their time between their home in Montauk and their West Village townhouse, which they moved into in August 2019 after living in Los Angeles for several years.

The design experts, who began dating and started their life together in New York, told Architectural Digest in April that had first decided to move West to be closer to Berkus's family in Southern California after his father died. But they missed the energy and diversity of New York, and thought it would be a better place to raise their kids. “We are New Yorkers through and through, and we're dedicated to being a part of the revitalization of New York,” Brent says now, expressing that the coronavirus took a toll on the city, but it won’t stay down for long. “She's definitely wounded, the city, and going through this rebirth in a lot of ways, but there's such a community in New York City of people banding together.”

He and Berkus are always proud to be part of that New York community, Brent says, even when they’re not physically there.

“Montauk gave us the opportunity and the clarity to be able to figure out what we can do, and what we need to do to help bring New York City back,” Brent says. “I miss her so much.” 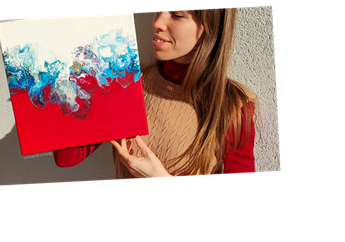 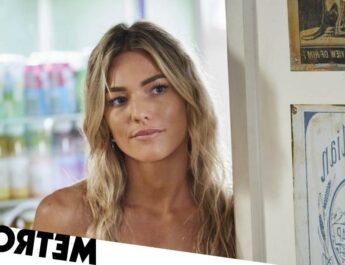 Spoilers: Jasmine sees calls from mystery girl on Cash’s phone in Home and Away 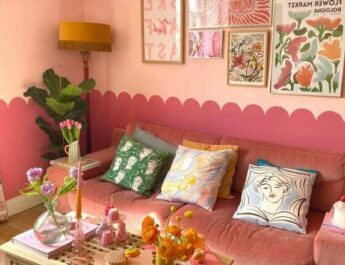 Big Trends Small Spaces: how to create a tonal gallery wall in 8 steps