Jonathan Scott is addressing rumors that he and girlfriend Zooey Deschanel are engaged.

“I’m pretty confident that I will ask my girlfriend to marry me before I tell a reporter,” the Property Brothers star joked to SiriusXM co-hosts Covino and Rich Friday.

He also shared that many of the rumors include his twin brother Drew's approval of their relationship.

“It’s the rumor mill that turns around. We were actually laughing because almost every story that comes out is ‘Drew Gives Permission for Jonathan to Wed Zooey’ or ‘Drew Gives His Nod to the Relationship,’ ” Scott, 42, said. “And so we coined the phrase, we were laughing, we’re like, so is Drew my ‘Brother-Daddy?’ Does he have to approve everything that happens in my life?” Deschanel, 40, and Scott first met last summer while filming an episode of Carpool Karaoke together. The pair were later spotted on a date in Los Angeles in September.

Scott told PEOPLE earlier this year that "there was chemistry right away" during their shoot.

“We literally make each other laugh nonstop,” the HGTV host said in January. “I have never been in a relationship where my partner is as romantic as, if not more romantic than, I am. I’m usually the one who carries the romantic load.”

The Jonathan Scott's Power Trip star added, “She’s smarter than me, she’s funnier than me, and she’s cuter than me! She’s a very considerate person, and that’s what I’m looking for. I had said before that the most important thing for me was a sense of humor. But you have to be kind, and she definitely is.”

In August, the couple celebrated their one-year anniversary together with sweet posts on their respective social media pages.

"One year ago today I met this kind, caring, hilarious, generous, creative, nerdy, handsome and all around incredible human," Deschanel wrote on her Instagram alongside two photos of herself and Scott.

"I am so grateful for every smile, kiss, hug, snuggle, laugh, scrabble game, escape room, breakfast, lunch and dinner we share together," she continued. "Even during the weirdest year for humanity I want a million billion more with you. 🥰."

For his own post, Scott shared a video montage that highlighted some memorable moments from the past year, including their Halloween and Christmas celebrations as well as Deschanel's '80s-themed birthday party.

"How time flies when you’re having the best time of your life," he captioned the clip. "Who would’ve known that exactly one year ago my life would change forever."

Scott added, "When I count my blessings, I count you twice." 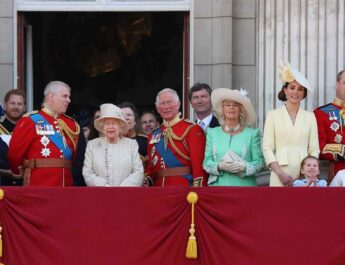 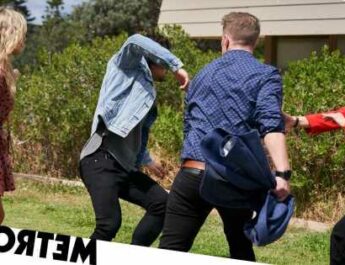 Spoilers: Christian gets drunk and punches Lewis in Home and Away