Home » Homes and Gardens » Justin and Hailey Bieber Sell Their Beverly Hills Home for $7.955 Million — and Throw in All the Furniture! To sell, they enlisted the help of Million Dollar Listing Los Angeles stars Matt and Josh Altman of Douglas Elliman and Dalton Gomez of Compass, who is engaged to pop star Ariana Grande, according to the Zillow listing. The Altmans and Gomez did not immediately respond to PEOPLE's request for comment.

Steven Schaefer and Jay Luchs of Schaefer and Luchs represented the buyer, helping the new owner not only get the home at a discount but also get it fully-furnished.

"Justin Bieber owning the home had no bearing on the buyer's decision, but it doesn't hurt for resale," Schaefer told PEOPLE.

Schaefer and Luchs are known for inking deals for celebrities — they recently sold a $24 million home in Malibu to Simon Cowell.

Justin purchased the five-bedroom, seven-bathroom home, nicknamed "The Tropics," for $8.5 million on the heels of a few large real estate moves after his and Hailey's secret courthouse marriage in Sept. 2018.

Within months, it seemed the "Yummy" singer was ready to part ways with the property, posting several photos on Instagram and offering to sell it.

"I think I want to sell my home in Beverly Hills who wants it," the singer captioned one of the shots. "I'll sell it with all the furniture. MAKE AN OFFER."

In August of last year, he and Hailey sized up to a massive $26 million mansion in the same city, and they officially put "The Tropics" on the market in October 2020.

The lavish property was built in 1932, but underwent an 18-month remodel in 2017 that imbued it with its current mix of Hollywood glamour and casual California style, a real estate source said in 2019, noting, "This is a very unique property."

Inside, the house boasts white-oak floors and kitchen cabinets, as well as large steel-case windows. Common spaces include a living room with a fireplace, a formal dining room, a poolside patio, and an open kitchen that is outfitted with a lineup of high-end appliances.

The main bedroom features a vaulted ceiling with exposed wooden beams and a marble fireplace. The attached bathroom has a soaking tub, dual vanities, and a large shower. There is also a walk-in dressing room/closet.

Downstairs, there's an Art Deco-style bar and a soundproof screening room that's inspired by the nearby Beverly Hills Hotel.

Outside, the home features an infinity-edge pool and a cabana enclosed by olive trees. There is also a gated courtyard with a private backyard featuring a barbecue, fireplace and towering hedges.

Justin and Hailey tied the knot in a New York City courthouse in September 2018, just two months after getting engaged. The pair later celebrated with a larger ceremony in front of family and friends on Sept. 30, 2019, exchanging vows as the sun set at the Montage Palmetto Bluff in Bluffton, South Carolina.

The couple also shares a home in Ontario, Canada, near Justin's hometown of Stratford. 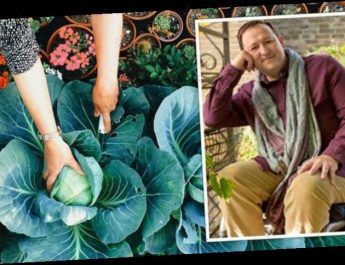 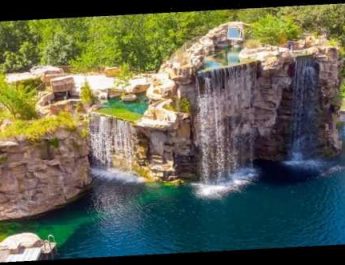 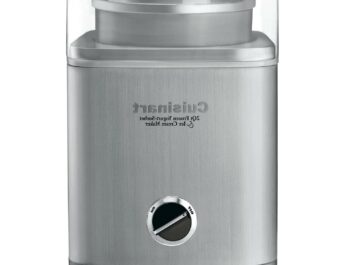