The panchayat is home to over 200 different varieties of mangoes. National Mango Day is on July 22

It rains mangoes in Kannapuram. Mango lovers in this village in Kannur district of Kerala meet in the first week of May every year to feast on the fruit. This year the gathering had to be cancelled in light of the pandemic.

Nevertheless, Kannapuram, which is home to many indigenous mango varieties, has much to cheer about because on July 22 — National Mango Day — the village will be declared an ‘Indigenous Mango Heritage Area’.

The honour is a result of the work done by 10 families in Kuruvakkavu, an area located within the Kannapuram Panchayat where 107 mango varieties are found in a 200-metre radius. The families came together to protect and propagate the indigenous mango varieties five years ago. Led by Shyju Machathi, a farmer, the group runs the Facebook page ‘Nattumaanjottil – Mango Lovers Kerala’.

“There are houses with over 40 to 60 varieties of the fruit. That has nothing to do with the area of that property. For example, the house with 40 varieties stands on a one-acre compound. There is another household on less than 20 cents of land with 12 varieties. Unfortunately, during the mango season, much of the harvest goes to waste. There is a limit to how much we can use at home!” says Shyju.

The Naattumaanjottil journey began when a 200-year-old mango tree called Vellathan was cut down by a landlord in the neighbourhood. “That was a special variety, and we didn’t want to lose it. So we collected many pieces of the tree and grafted them with the help of officials from the Department of Agriculture,” remembers Shyju, who is also the personal security officer of KK Shailaja, Minister of Health, Government of Kerala. He adds that like-minded friends and their families extended support.

The group has identified 203 varieties in the Panchayat. The members feel that there could be more varieties but the lockdown put a stop on all activity. Of the lot, 102 have been grafted. The scions (part of the grafted plant that produces shoots) were handed over to the National Bureau of Plant Genetic Resources (NCAR) at Vellanikkara in Thrissur, and are now ready for planting. “We are not against seed propagation. But in some cases it takes 10 or more years for the trees to bear fruit. That is why we opted for grafting so as to conserve and propagate as many indigenous varieties as possible,” says Shyju.

Some mango varieties available in Kannapuram

The mangoes have been named on the basis of its taste, size, colour of the peel or nature of the pulp. So if Thenga maanga is called so because it is as big as a coconut, Suvarna cheriyan gets the name from its golden colour. Kadukkachi is a type of small mango; this category has 20 different varieties. Kula nirayan (literally translates to a full bunch) bears fruit throughout the year. “There are at least five mangoes that look the same, and you can differentiate them only by taste,” says Shyju, adding, “The same variety might be known by a different name in another part of Kerala. So we want to give a scientific name to each variety.”

No study has been conducted to understand the availability of so many varieties in this area. “Our assumption is that there might have been mango villages in other parts of Kerala as well, and those trees were cut down to grow various crops. But that didn’t happen in Kannapuram and so we have this treasure,” he adds.

The team also has plans to launch a Heritage Tourism Walk in the Panchayat next year. “While exploring the mangoes, participants can also visit some of the scenic spots . We have identified 10 such places in 14 wards of the Panchayat,” says Shyju.

Individuals or groups can only take part if they register. Kannapuram Panchayat will take over the project. Responsible Tourism Mission under Kerala Tourism, Kerala State Biodiversity Board and Haritha Keralam Mission too have extended their support. “Next we will focus on mangoes in nearby panchayats. This will go on until we identify all those available in Kerala,” Shyju adds. 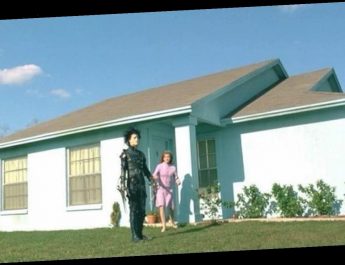 Florida House Where Edward Scissorhands Was Filmed for Sale for $224,000 — See Inside 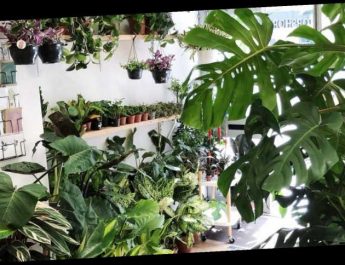 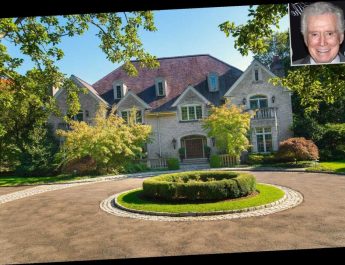