Maureen McCormick is making her return to home makeover TV — and things are getting groovy!

The Brady Bunch star, who also starred on the network's A Very Brady Renovation alongside her TV siblings, is hosting a new show that reminds her of her fictional family's famous home.

"I am back in the Brady Bunch house!" McCormick exclaims in the exclusive sneak peek above while touring a dated property.

On Frozen in Time (premiering Jan. 4 on the Discovery+ streaming service), McCormick — who played eldest sister Marcia on the beloved sitcom — teams up with designer Dan Vickery to reimagine homes with styles that are stuck in the past — think avocado kitchens and acres of shag carpet. The duo transforms the interiors for modern living while still paying homage to the houses' history with nods to their original design elements.

In the premiere, for example, McCormick uses bright blue tile to create a color block effect reminiscent of '60s supermodel Twiggy's signature mini dresses in a bathroom. While Vickery creates original wall art out of the home's old walnut kitchen cabinets — a favorite feature of the owners' late dad, who built it. The show is far from McCormick's first hosting gig. She also appeared on HGTV's White House Christmas special, the social-distancing-inspired Design at Your Door, and the 2019 hit series A Very Brady Renovation. (Discovery Inc. is the parent company of HGTV.)

In the latter, she reunited with all five of her Brady siblings for the first time in 15 years to renovate the iconic home that stood in for the Brady house in the show's opening credits.

The actors teamed up with HGTV stars including Property Brothers' Drew and Jonathan Scott, Restored by the Fords' Leanne and Steve Ford, and others to make the interiors of the house match the spaces seen on the show, which was filmed on a soundstage. “I was totally blown away,” McCormick told PEOPLE of the home's final reveal. “I felt like I was back at Paramount Studios at stage five, walking in the front door, getting ready to film a scene. I felt Robert [Reed], Florence [Henderson] and Ann B. Davis in that living room so much. I was blown away.”

Frozen in Time premieres on January 4 on the Discovery+ streaming service. 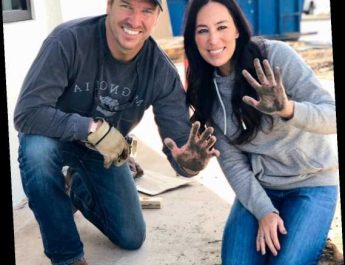 Gardeners’ World: Adam Frost shares how to ‘improve’ your soil and ‘keep the weeds down’