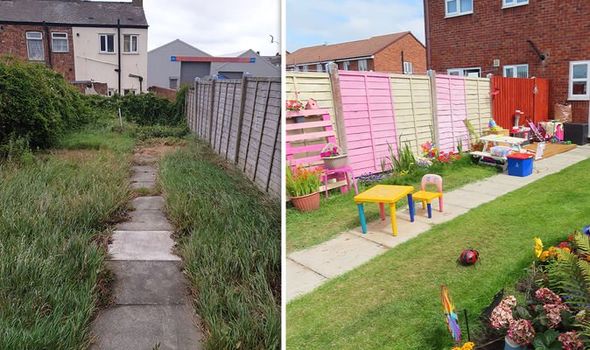 Mum-of-one Anna Orjak, 38 from Blackpool told money-saving community LatestDeals.co.uk about her incredible garden transformation. The mum to a five-year-old daughter works as a Naturopath and YouTuber and often shares her projects on Youtube and Instagram. Anna said she “loves pink and other bright colours” so wanted a bright, colourful sunny garden “filled with joy and happiness”.

With her mum’s help, her own DIY skills and shopping around, Anna managed to transform the once dreary garden into a pastel paradise.

So how did she transform her garden on a budget?

Anne said she didn’t get a quote for the project, but her friend had a similar job done for £3000.

The estimated total cost for Anna’s transformation was £650.

Anna said she got her plants from Groupon and eBay, which cost her around £50 in total.

She also managed to acquire some decorative stones from B&Q.

The home improvement store sells a large 22.5kg bag of rounded pebbles for around £10.

Anna also managed to get some of her supplies for free including some bricks and an old pallet, which she painted in pink.

The mum added: “My friend helped out with creating the decking, which saved me a couple of hundred in labour and installation costs.

“I got the decking itself from Savoy for around £100.”

The first step of the transformation was to clear all the rubbish which had been left by the previous tenant.

Some of the rubbish included a three-seater sofa which was hidden in a huge bush.

“I think nobody cared about this garden for years!” Anna said.

Anna bought some new fence panels for around £100 and painted them in various colours including yellow and pink.

Next, Anna and her friend made the decking which has become the perfect place for her daughter to play.

Anna finished off the look with plants and turf.

She continued: “I complemented the area by picking up some inexpensive outdoor plants In Lidl and bulbs in Poundland, which didn’t come to more than £20.

“With my mother’s help I laid out the turf, which was the hardest part.

“The preparation took a week as the soil was full of weeds and all sorts of rubbish.

“I bought three garden boxes In Lidl for £90 and kept all my garden equipment there.”

One of the final additions to the garden was a garden seating set which Anna managed to get for half price from B&Q for £150.

Some of the challenges Anna came across were “giant spiders” and spiky bushes that had to be cut down.

The fence panels were rotten and the posts also had to be fixed.

Anna said: “I’m glad to have the opportunity to live in a house with a huge garden so I could create a space that I have always wanted.

“That said, I would have allowed more time for the project if I were to do it again, as I was rushing it and it made me exhausted.

“I wanted to make sure the garden was ready for summer, but I should have just taken my time.”

Check out more from LatestDeals.co.uk. 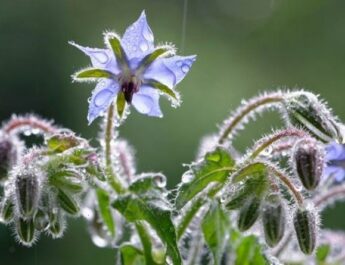 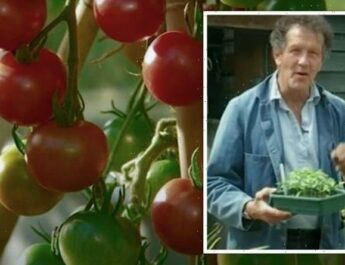 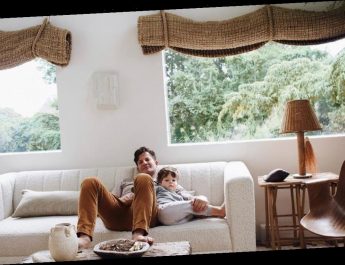 Nate Berkus Reveals His Rituals to Feel More ‘Normal’ During Covid: ‘I'm Hanging on to Them'