Home » Homes and Gardens » NCIS’s Sean Murray Shows Off the Home He Spent 10 Years Designing: ‘I Totally Fell in Love with It’

Sean Murray is no probie when it comes to design!

The actor, who has played Special Agent Timothy McGee on NCIS for all of the hit show's 18 seasons, opened the doors to his lovingly renovated Southern California family home in this week's issue of PEOPLE.

Growing up, "home" was wherever Murray's dad, a Navy Captain, was stationed. The actor spent time in Singapore, Australia and London before the age of 8 and was raised on bases in a series of nondescript houses that the family often first saw when they pulled up outside.

His first foray into interior design was a 3D velvet Guns N' Roses poster. "It was the cover of Appetite for Destruction, and it came like half an inch off of the wall," says the actor, 43, with a laugh. "It was my favorite thing ever." While his upbringing has no doubt served as inspiration for his NCIS role, in real life, Murray was eager to stay put for once.

"There is definitely something about putting roots down, because I didn't have that as a kid, in a lot of ways. We moved every two, three years, says Murray. "So there is a part of me that's like, 'You got your place, your space, your house with your family. Make it yours.'" He and his wife of 15 years, Carrie, 46, who runs the Business Relationship Alliance, a network for women entrepreneurs, found their current home 10 years ago when they found out they were expecting their second child, River (now 10), after their daughter Caitlyn (13).

But the house they settled on was far from perfect. "You probably wouldn't even recognize it now if you saw it," says Sean of the sprawling one-story property, which came complete with a glass-block entry wall. "It looked very early-'90s." The dated design also hid some more serious issues in and around the 4,200-square-foot 6-bedroom home. "It started with like, 'Okay, there's a drainage problem, so we'll address that,'" recalls Murray. "And then you find other little things, and before we knew it, we were redesigning the landscaping and building a pool and Jacuzzi."

At the peak of their renovation, Murray adds with a laugh, "it was like we were living in a tent for a year." Despite a few headaches, the actor found himself leaning into the creative process, obsessing over finishes and even dreaming up a custom wood-slat wall for the entry to replace the dreaded glass blocks. "It got to the point where my wife even said to our designer, 'Just talk to Sean about the details,'" he adds of the process. "I totally fell in love with it."

But as any true design lover knows, a house is never really done. The couple is currently decamped to a spare bathroom while theirs is being remodeled. The one thing you won't find in the design: a drop of olive-drab paint. 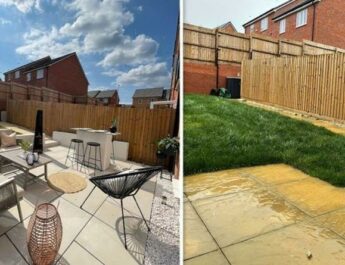 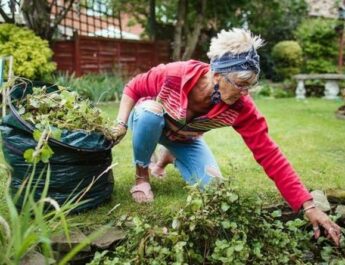 How to prevent weeds from growing in your garden