Home » Homes and Gardens » Orchid care: Garden expert shares how to get an orchid to flower again

Orchids are meant to be easy indoor houseplants, but many struggle to care for them and have a successfully blooming plant. Malcolm Gregory is the Head Grower at Love Orchids and he spoke exclusively to Express.co.uk about how to keep an orchid flowering for longer.

Phalaenopsis orchids are relatively cheap to buy and their flowers last for many weeks.

Once the flowers have faded, many are tempted to discard the plant, but with a few simple tricks from Malcolm, it is possible to make the orchid flower again.

Not only will it bloom in a few months’ time, but for many years to come.

“When an orchid has finished flowering that is not the end of the plant as it can be made to reflower again,” the orchid expert said.

“This makes it very good value compared with some flowering houseplants that once there’d flowered there’d finished.

“Once the flowers have finished there are two ways to cut the old spike for reflowering.

“To make more branches on the original spike, cut the old flowering section off.

“From the first flower on the spike work down to the first scale and cut just above this,” he added.

“If the spike is dying back, cut at the next living scale, there are growing buds under these.

“This should produce a few flowers fairly quickly, within weeks.

“If the old flower spike is dying or drying back completely, then it is best to cut the whole spike back to the crown of the plant,” Malcolm advised.

“Take care not to cut the crown or the leaves.

“New spike(s) should then grow from the leaf axils.

“This may take a few months or more,” he said.

“Some varieties reflower easier than others, to help encourage reflowering place the plant somewhere a few degrees cooler and if possible lighter, certainly not much darker as this will encourage plant growth not flowers.”

Malcolm has been “growing Phalaenopsis orchids for 15 years”.

“I have been growing houseplants, ornamentals and vegetables commercially for decades,” he added.

Looking back on his career, he explained: “This is my second stint of working at Double H Nurseries, the first being five years at the end of the seventies when I left school.

“After going to Horticultural College, the next 25 years I spent on my own nursery growing nearly every plant you could think of for selling in my nursery shop and garden centre.

“After working six and a half days a week for many years, I decided to retire and have a sit down.

“The technical manager at Double H seeing me out walking the dog one day, learning I was no longer working dragged me back to Double H and locked me in one of the glasshouses saying they needed a Grower as we are a rare breed.

“I have been here since and that’s how I got suckered into orchid production,” he continued.

“My favourite orchid is the current incarnation of my favourite colouration white blushed pink, currently the variety Pink Clouds.

“It is my favourite as I think it symbolises me…..the pure white of innocence with a little pink blush of naughtiness!” 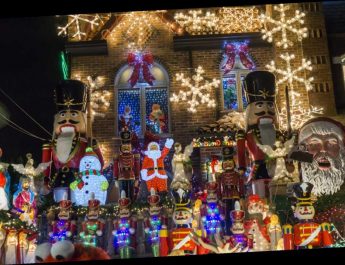 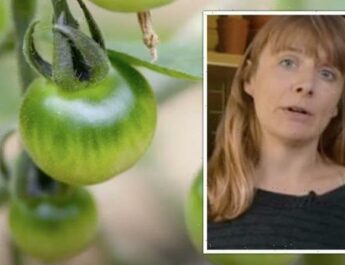