Home » Homes and Gardens » PHOTOS: Every Room in This House Has a Different Disney Movie Theme — See Inside! One Disney-loving mom has found a special way to bring the happiest place on earth to her own home.

Kelsey Hermanson, a lifelong Disney fan, has turned her Seattle home into a magically decorated spectacle, where every room represents one of the company's classic films.

According to Good Morning America, the mother of two grew up in Southern California, where she would go to Disneyland "all the time."

"I just love when you go there, you walk through those gates and you're in a different world. You're not in reality, you're somewhere else. And I wanted that in our home," Hermanson told the outlet. "I wanted to be able to go into different rooms and feel a little bit of that Disney magic in every room." When guests first enter Hermanson's home, they are greeted by a Tangled-themed entry room filled with purple and yellow accents and a slew of themed artwork. A purple couch sits in the center of the room adorned with colorful pillows of Rapunzel and other images from the 2010 animated feature.

Beyond that, there's a Beauty and the Beast-themed dining room, where Hermanson and her family can invite friends and family to be their guests.

Visitors will also find bathrooms inspired by The Little Mermaid and Aladdin, as well as a stunning Cinderella-themed master bedroom, perfect for any aspiring royals. The Disney lover also has a living room that reminds her of the time her family spent in Hawaii, which they have dubbed as the "Aloha Disney Room," according to GMA. The colorful blue room gives off relaxing beach vibes with inspiration from Lilo and Stitch and Moana. Disney opened the Aulani resort and spa on O'ahu in 2011.

Hermanson noted that she finds accents and furniture in thrift stores or online to create the magical rooms and that everything she has done "is on a budget."

She told GMA that the first room she ever decorated was an Alice in Wonderland-themed bathroom, where "her inspiration was to make it feel like you were going down a rabbit hole like Alice herself." According to Today, the only spaces not decorated with a Disney theme are her 7-year-old daughter Patina's room, which has a Nintendo theme, and her husband Eric's office, which has some Disney artwork in it, but no set theme.

Hermanson especially loves her Cinderella-themed bedroom and told the outlet, "I love this room because I found the perfect antique furniture and painted it all myself. I really like the overall dreamy aesthetic the room has."

And during the holidays, Hermanson has been known to switch things up a bit. Her living room gets a Coco makeover at Halloween while other rooms are decorated with a Nightmare Before Christmas theme during the fall months.

At Christmastime, the home gets a Little Mermaid makeover — Hermanson's favorite Disney character is Ariel — and the front yard gets decorated with a Frozen theme.

Toddler Walks Through Disney for the First Time

Hermanson also told Today that when she began sharing photos of her home on social media years ago, she never expected it would gain the attention it has, but she's glad it did.

"I decorated our home Disney really for us to enjoy but it has been an extraordinary experience sharing it with so many people, she told Today. "I really enjoy bringing a little bit of magic to my followers every day." 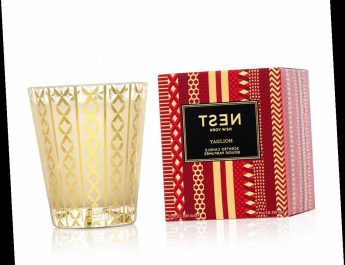 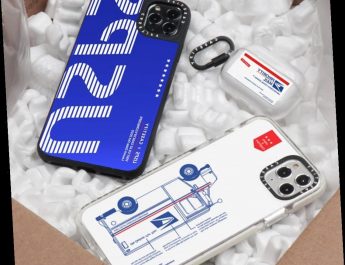 Support the Postal Service in Style With the Casetify x USPS Collab!