The BBC One programme, ‘Prince Philip: The Royal Family Remembers’ aired on Wednesday evening at 9PM, and it featured all of the Queen and Prince Philip’s children and adult grandchildren. Princess Eugenie appeared on the programme to share fond memories of her late grandfather. She stood in the grounds at Windsor Castle and was being interviewed in the Rose Garden.

Princess Eugenie told the interviewer: “I didn’t know that Grandpa designed the garden, but also the lotus flower in the middle of the fountain.

“He definitely has that creative gene in him.”

The Rose Garden looked absolutely beautiful, with aesthetically designed trees all in a circle, surrounding a large water fountain.

In the centre of the fountain, there is a massive lotus flower which was designed by the late Duke of Edinburgh.

The fact Prince Philip designed this massive garden is incredibly impressive, and many royal fans found this out for the first time watching the BBC programme.

The Queen and Prince Philip spent the majority of the coronavirus pandemic lockdown at Windsor Castle, and the Prince was eventually laid to rest there in April 2021.

The programme then read: “In 2017, The Duke of Edinburgh retired from public life and spent much of his time at Wood Farm on the Sandringham Estate.”

Prince William then appeared on the grounds of Sandringham to discuss Philip’s role as a warden who had managed the Estates since 1952.

Sandringham holds a dear place in the hearts of the Royal Family because it is where they have spent most Christmases since the Queen’s accession to the throne in 1952.

The Prince said: “I think for him, being up here was an escape, and I think he’s a very practical-minded man.

“He likes the fact he’s been able to have had an impact here.

“He’s not the Queen, he’s not the King. So therefore for him, how could he make his role something meaningful?

“He felt he could make an impact on Sandringham and other places like this.”

According to Prince William, the late Duke of Edinburgh planted over 40 kilometres of hedge land, 45 woods, and over two million trees at Sandringham.

William continued: “These things really matter to the makeup of the surrounding area.

“[Philip] doesn’t like just talk and waffle, he wants to get involved and do it himself.

“So that’s what he’s done here – he’s really been heavily involved in shaping and deciding the future of the environment here.”

The camera panned over the beautiful estate at Sandringham, showing the huge lands with beautiful trees and flowers.

Prince William added: “It’s really mattered to me that I’ve learnt from and been able to witness [Philip’s] impact on Sandringham.

“For me coming here and now living here, everything he has done has led up to Catherine and I feeling like this is a part of the country we want to be in.

“We love this area, it feels like home, and that’s because of what he’s created.” 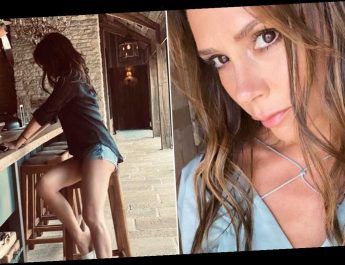 ‘Nothing will do more!’ Monty Don shares how to keep snails & slugs away from plants 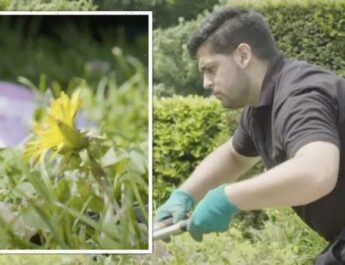