Rainn Wilson is bringing Dwight Schrute back to the small screen.

In PEOPLE's exclusive sneak peek at the upcoming episode of Celebrity IOU — airing on Monday, Jan. 4, at 9 p.m. ET/PT — the 54-year-old actor gets back into his The Office character as he teams up with Drew Scott and Jonathan Scott to help the Property Brothers with a very special home renovation project.

Wilson is surprising his son Wilson's former nanny, Leslie, with a life-changing makeover. He credits her with "being an integral teacher and friend" for his son, now in his teens, and a "blessing" to his entire family.

But before an extensive renovation and a very emotional, Wilson jokes around with Drew and Jonathan and implores them not to let him take the "first hit" in the demolition project. "What are you doing?" he asks the two brothers. "Why are you lecturing me about demolition? Have you not seen Dwight on The Office doing his home demo?" Explaining that he wants to "bring a little bit of a Dwight Schrute flavor" to the project, Wilson steps offscreen before he reappears shirtless and holding a pair of medieval weapons, ready to tackle the task ahead.

His surprise even manages to catch the HGTV veterans off guard: "I have no idea what's happening," Drew exclaims.

"In my entire construction career, I have never seen someone show up topless with medieval weapons to do demo," he jokes, before Jonathan chimes in and quips, "A little creepy, but awesome."

According to a press release, Wilson wanted to surprise Leslie, who has three children of her own, with the overhaul in order to thank her for everything she's given to his family. He and the Scotts create an open floor plan with a stunning updated kitchen, collapsible glass doors that open to a large deck, and a custom kids' playhouse.

"We are so grateful that Leslie has been in our lives and helped raise our son,” said Wilson as he choked back tears. "And we’re so happy to be able to offer her this home renovation, thanks to the Property Brothers."

Wilson added: "I hope her family loves it and enjoys it. She has made our lives so much richer." 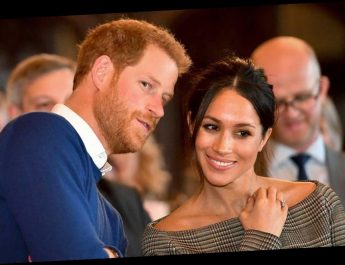 Prince Harry and Meghan Markle’s garden furniture could be yours 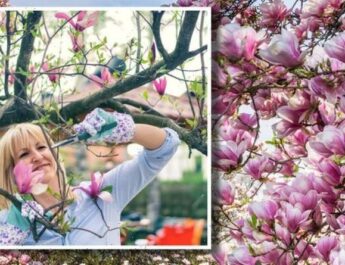 When to prune magnolia in the UK – 4 top tips